Grande on Southport model to open next month 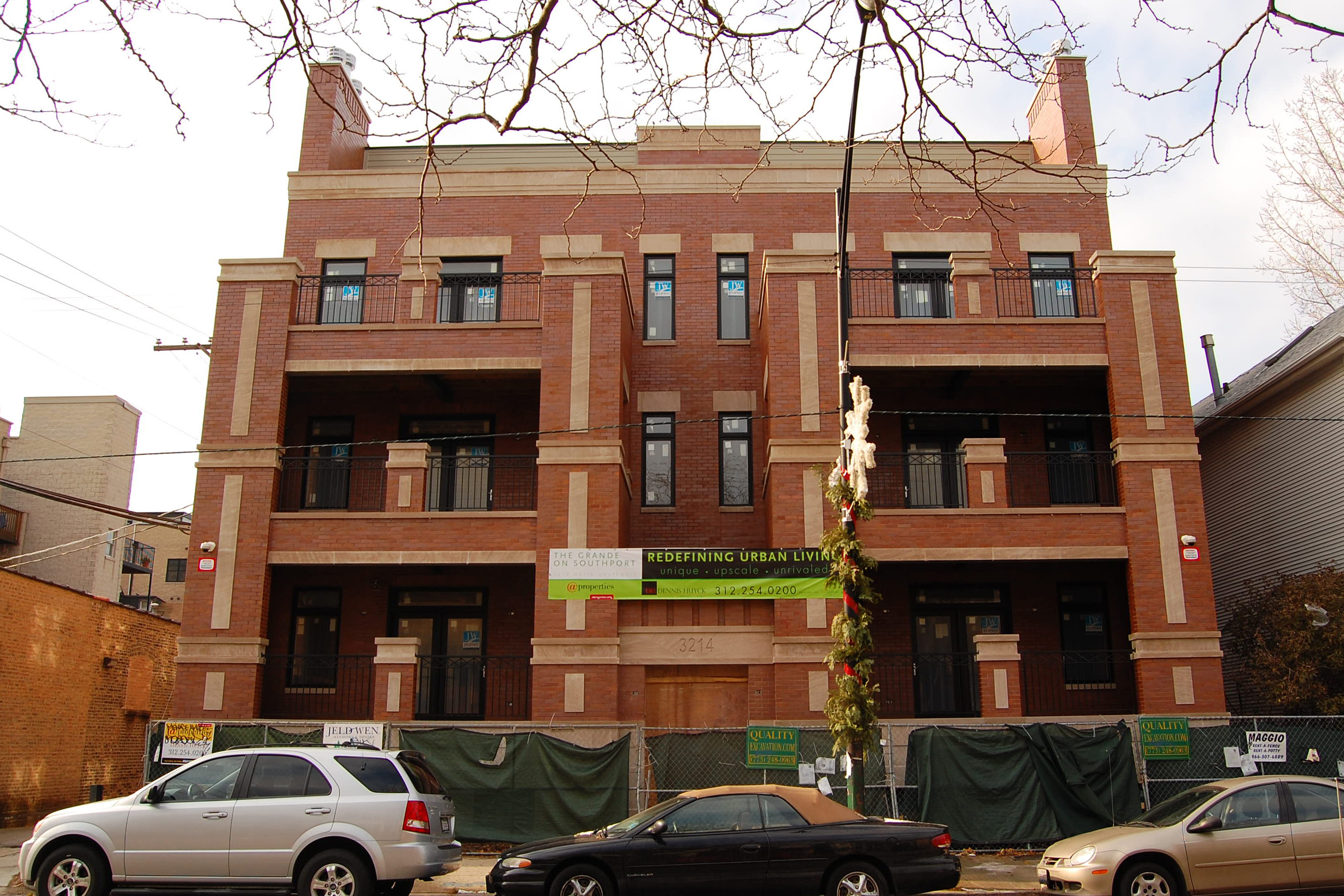 The first listings have emerged for The Grande on Southport, a six-unit building at 3214 N Southport Ave that I first wrote about three months ago. Interior construction is finishing up, and a three-bedroom furnished model should be ready within three weeks, says @properties agent Dennis Huyck.

“Painters are in there, and they’re staining the hardwood floors,” Huyck says. “It’s a week to two weeks from looking real clean and finished.”

Exact prices hadn’t been set when I spoke with Huyck in December, but he estimated that the four 3,500 square-foot duplexes would be priced around $1 million. That proved to be pretty accurate, because the first-floor duplexes are now listed in the $990s, and the top-floor duplexes are listed at $1.10 million.

The building will also have two 1,900 square-foot three-bedroom / two-bath single-floor condos, which are now listed in the $710s. One was under contract, but Huyck says the buyer hasn’t been able to commit to it, so both units are now available.

All six condos will be ready for delivery in 30 to 45 days, he says.

NewHomeNotebook:
• Rate and review The Grande on Southport