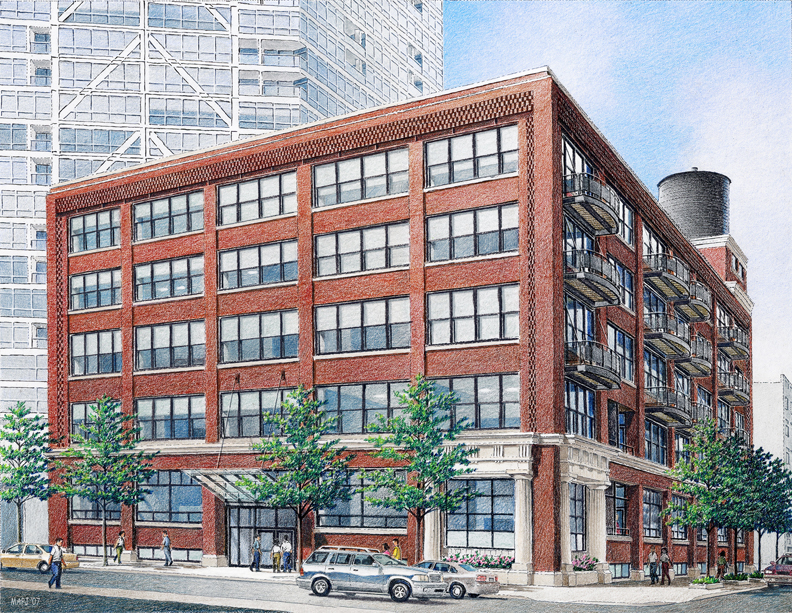 Although River North has earned a reputation in recent years as a haven for high-rise development, it’s still possible to find something of the neighborhood’s gritty, industrial past hidden among the gleaming towers.

In its latest venture, development firm and River North landowner Cataldo/Marovitz Group has uncovered one of these urban gems. Forty loft homes are planned for a historic warehouse at 660 N Kingsbury Ave between Huron and Erie streets.

Rechristened the Park Kingsbury Residences, the building formerly housed a florist and today stands as “one of the latter turn-of-the-century timber loft conversions, representing a product and niche that is in high demand in this neighborhood,” says Rizzo Realty Group’s Carolyn Lester, sales manager for Park Kingsbury.

There is no doubt that area residents have supported the transformation of this building since its conception. When the Park Kingsbury was introduced to the River North Residents Association in May of 2007, it was met with overwhelming approval – which Lester credits to a neighborhood mantra of continuous renewal.

“The neighborhood is looking to reinvest in the value-driven River North sector, and many of these individuals do not have the kind of space they are looking for,” Lester says.

It was not long ago that the River North neighborhood was landscaped with warehouses and manufacturing facilities. Armed with a history that was transformed only 30 years ago, residents pride themselves on preserving the architectural diversity of the neighborhood while maintaining the chic and sophisticated image that has become River North. 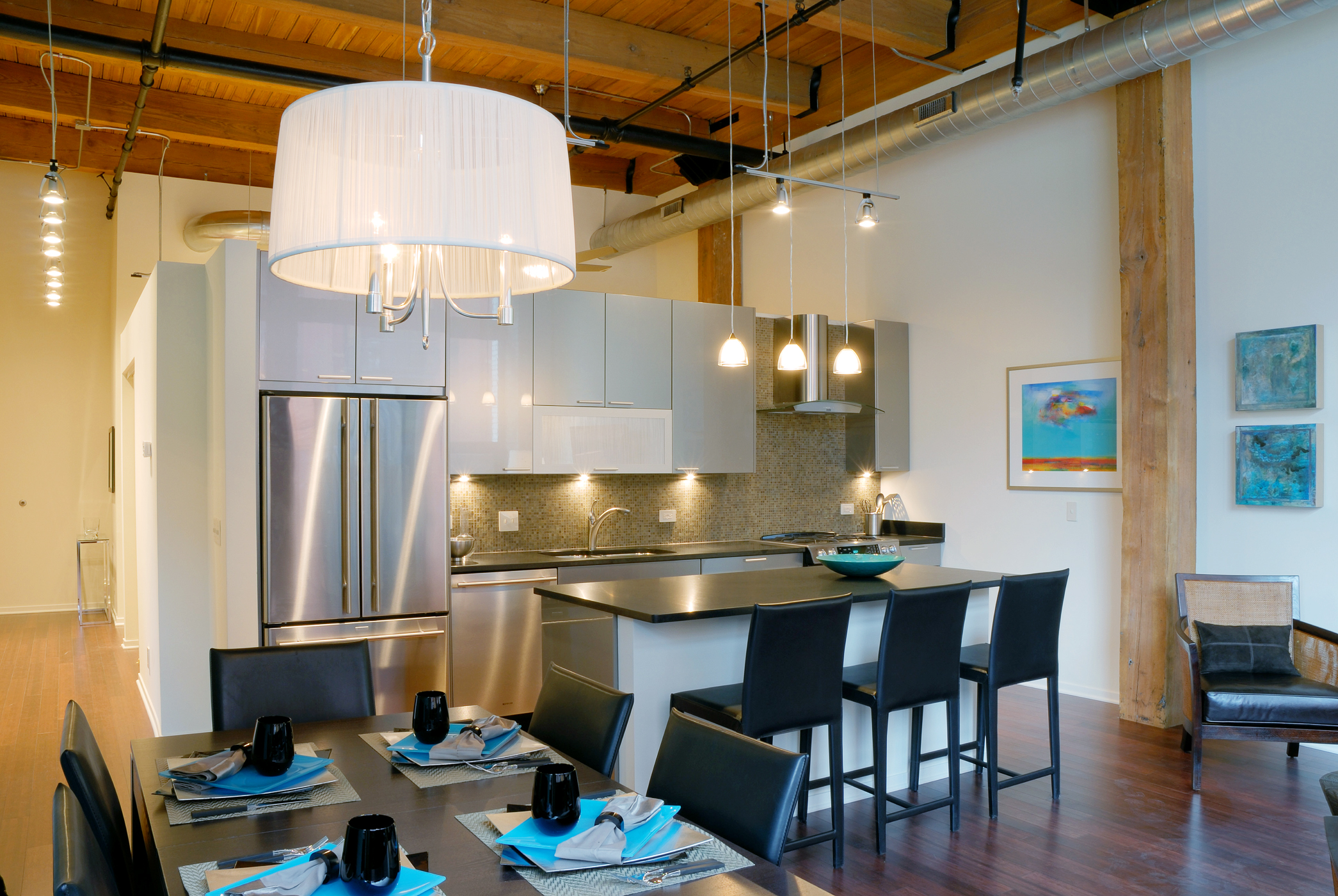 During Park Kingsbury’s soft opening in 2007, 43 percent of the building was claimed in presales. Terese Cataldo, principal with Des Plaines, Ill.-based Cataldo Interiors Group Ltd., says the development’s early interest can be attributed in part to the high-end finishes selected for the Park Kingsbury units.

“Loft purchasers were getting tired of the same old interior elements inside, so my goal was to present a unit where a purchaser didn’t have to get any upgrades,” says Cataldo, whose company spearheaded the interior design of the building. “We went above and beyond what owners would receive as an upgrade at other developments.”
Calling it “the newest look in the modern urban loft,” Cataldo admits her inspiration for the interior finishes came from the Euro-style sophistication of the Milan, Italy’s fashion capital, combined with the lifestyle of the typical Chicago resident.

“Chicagoans are a blended people, with blended occupations and activities, and their home needs to reflect that,” Cataldo says. “What they all have in common is that they want a lifestyle that allows them to transition [from] casual to formal entertainment, and their home should reflect that. The units are like a good little black dress; you can dress them up or down.”

Park Kingsbury Residences, designed by local architecture firm FitzGerald Associates Architects, is comprised of 23 different floor plans, from 927-square-foot one-bedrooms priced from the $409s to custom three-bedroom-plus-den models starting at more than $1.1 million. The first deliveries are expected at the start of 2009.