Home away from home: in slower market, mom and pop take over city's investment-home niche 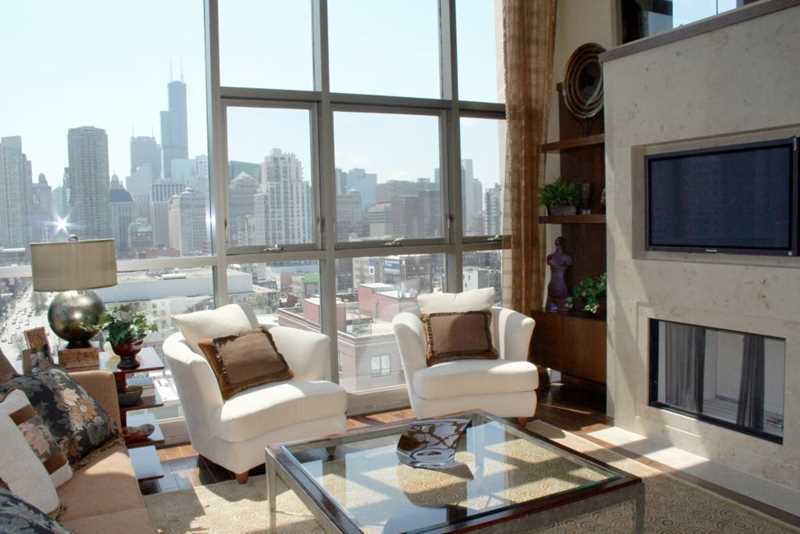 The label “real estate investor” might conjure images of slick-haired, power-lunching alpha males in monogrammed shirts and pinstripe suits, but these days, residential investors are as likely to look like Kathleen and James Nolan as they are Donald Trump.

Kathleen Nolan, a 52-year-old interior decorator, and her husband, James, an executive at Sara Lee, recently purchased their third home, a two-bedroom split-level condo at the top of the 14-story Superior at LaSalle, a new tower at 150 W. Superior St., in River North. The Nolans’ primary residence, a four-bedroom single-family house in Barrington Hills, has become a hub for their four globetrotting children – two of whom have returned home after moving away – and four grandkids.

The condo that they own with several other couples in Beaver Creek, Colorado is a time-share reserved for when the ski-bug bites. But their new Chicago condo, Nolan says, is for year-round fun.

“My husband and I kept thinking about getting a second home someplace warm and just couldn’t decide on where we wanted to be,” she says. “So we thought, since he hasn’t retired yet and our kids are all busy, why not do something in the city where we can see if we like that kind of living? Our son works for an advertising agency downtown, so he can stay when he’s working late nights. And we can go down on the weekends, and we can get some excitement in our lives.”

The Nolans aren’t the only ones looking for some action. Homeowners from all over the suburbs, Wisconsin and northwest Indiana are looking to Chicago’s downtown market for second homes, says Herb Emmerman, CEO of Equity Marketing Services, which is selling 12 developments in the city.

“The city of Chicago has built the better mousetrap,” Emmerman says. “It’s one of the few cities in the country where people are flocking to the downtown area because of the lake, the waterfront, because of all the things that the city has become.”

Gail Lissner, vice president of housing analyst Appraisal Research Counselors, says that the southern blocks of Streeterville and the areas around Millennium Park and Michigan Avenue have been the most magnetic spots for second-home buyers looking to trade comparatively bucolic suburban lifestyles for the hustle and bustle of the city, if only for the weekend. 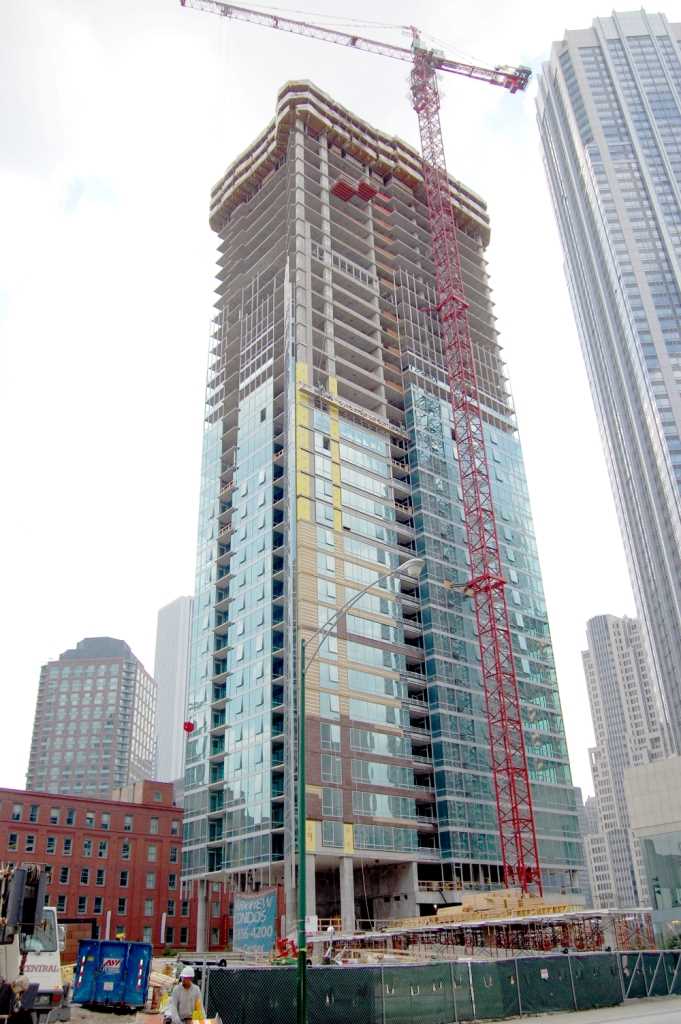 Nolan wanted to be close to the famed Magnificent Mile shopping scene, but having a pied-à-terre has allowed her to branch out. “I’m now discovering parts of the city that I haven’t known about,” she says.

Second-home buyers like the Nolans might be the real winners among today’s residential real estate investors. Such owners aren’t looking to “flip” their new homes (sell them quickly at a profit), so they’re not as worried about the well-publicized slowdown in the real estate market. They have a longer view, and for the Nolans, who are actually using their unit, any return on the investment takes a back seat to the joy of ownership.

“If it works out as an investment, that’s great,” Nolan says, “but it really is more for lifestyle.”

Lifestyle buyers are powering the market for second homes. Nationwide, sales of vacation homes rose 4.7 percent, to a record 1.07 million in 2006, according to the National Association of Realtors. But sales of homes purchased purely as investments fell to 1.65 million in 2006, down 28.9 percent from the record 2.32 million recorded in 2005.

Faced with rising prices and a deluge of inventory, real estate speculators – those who buy with plans to sell at a profit, often soon after they close – have largely fled the market.

“Pure speculative investors, who probably during the boom time were about 20 percent of our marketplace, have for the most part, shriveled up,” Emmerman says. “If you read the newspapers, they tell you that you shouldn’t buy real estate. The recessionary market has given those investors pause. There are still some who are buying; it’s not down to zero, but it certainly has put a major dent in the speculative market.” 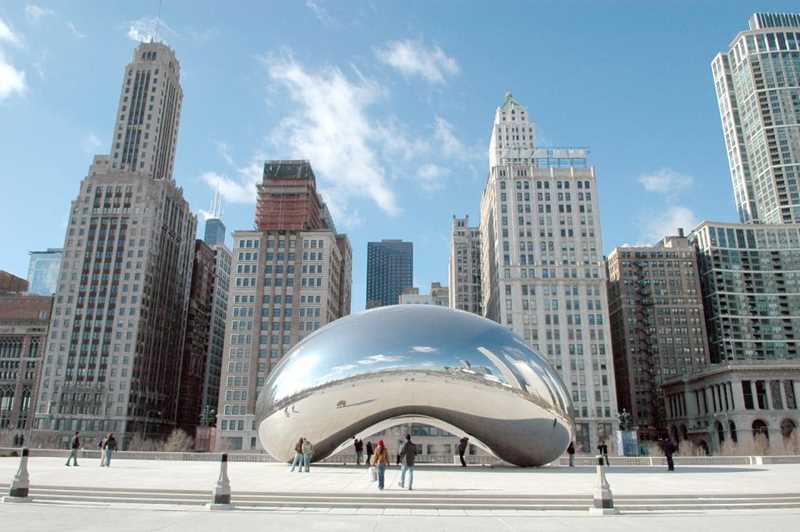 Speculators had inflated the demand for new-construction condos, and their retreat has slowed developer sales, according to Lissner. Some proposed projects might fall by the wayside as a result.

“We have a market correction,” he says. “It’s taken some of the investment buyers out of the market, and it’s put more of an emphasis on developers marketing appropriately and building buildings in the right places for the right dollars. You can’t just put up anything and hope that the buyers will buy it, as some developers did during the boom times.”

Michael Maier, vice president of sales and marketing at MCL Companies, saw speculators when sales opened at ParkView, 505 N. McClurg Court, in April 2005, but that segment of the market has since quieted.

“People just are not able to buy a home and flip it for $100,000 like they were a couple of years ago,” he says. “The market is more competitive.”

Slower appreciation and daunting market times lead some investors to rent their condos, a practice sometimes frowned upon by a building’s owner-occupants.

“A renter doesn’t have the financial stake in the building that a homeowner does,” says Dorrie Freiman, sales manager at Teng & Associates’ ultra-luxury downtown development, Waterview Tower. “If investors who buy units to flip get themselves into trouble, they need to get out fast, so they’ll sell at almost whatever price they can get, and they could hurt the building’s economic reputation.”

Many second-home buyers at Waterview, Freiman says, are “snowbirds,” people with Chicago connections who live in warmer climates during most of the year. Others favor hotel condos, which are available at the Shangri-La in Waterview Tower and in a handful of other downtown developments, “because they know they’re only going to be here a couple weeks or so, and they don’t mind it being rented out when they leave,” she says.

With only one condo hotel up and running in Chicago, The Raffaello, in Streeterville, the investment potential of these hybrid units (owned like traditional condos but with the ability to rent them as hotel suites when owners aren’t in residence), is at best, unproven. “For someone who wants to diversify their portfolio, who’s very well positioned financially, buying a hotel condo could be a very interesting investment,” Lissner says.

Another segment of the second-homes market, according to Maier, is made up of parents buying homes for their children while they are attending downtown colleges. Parents also purchase “kiddie condos,” as Lissner calls them, for sons or daughters just starting jobs in the city. Seeing some price appreciation along the way is an added bonus and, of course, mom and dad get to drop by for weekend visits.

Investors of various stripes typically can be 15 to 20 percent or more of the buyers in a downtown building, Lissner says. These days the happiest ones, like the Nolans, probably aren’t in it for the money.

“A lot of people buy a second home just trying it out, to see if they really want to make a full-time venture from the suburbs to the city,” Maier says, adding that buyers tend to look for one-bedroom or small two-bedroom condos to keep things simple.

For Nolan, buying a new-construction condo in the city also gave her the opportunity to try out a new aesthetic, expressing a part of her personality that might not be obvious in the burbs. Her home in Barrington Hills has traditional decor, with skirted couches and lots of patterns and trimmings, but she emphasized “clean, sleek lines” in the condo.

“I was more excited about doing this than anything I’ve done because it was for fun,” she says. “And every time I turn the key and go in, I just love it. I love looking out at the city lights. I like having a peace that I normally don’t have.”