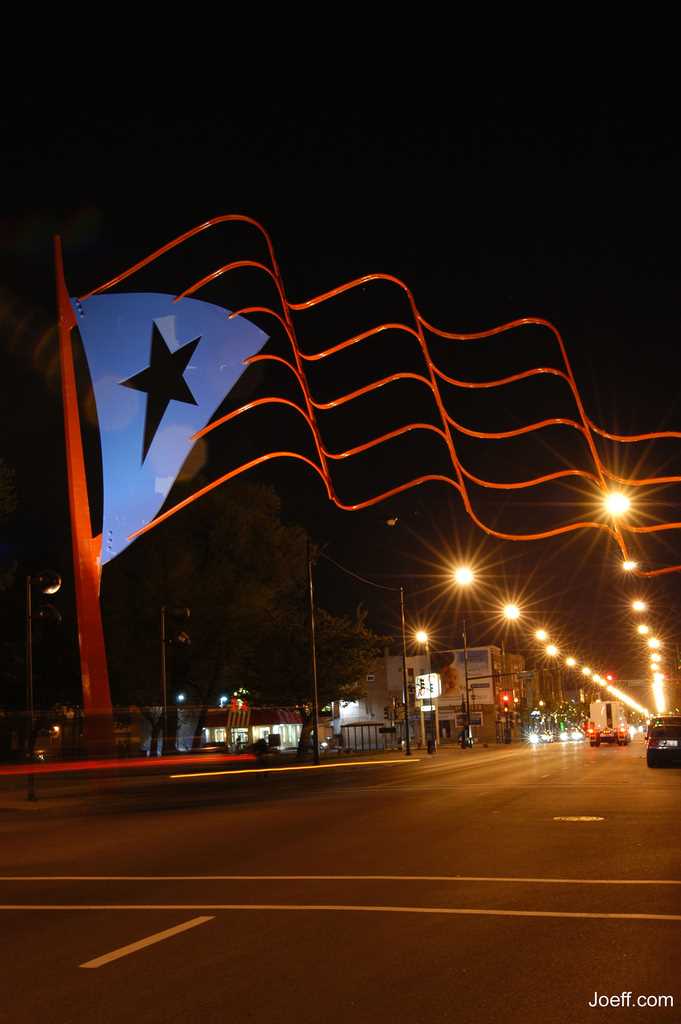 Real estate brokerage sites typically feature upbeat overviews of Chicago’s neighborhoods. The articles often appear to have been authored on a low budget by people who’ve never set foot in the neighborhoods they describe. For example, you’ll find the following description of Humboldt Park, word for word, at both a real estate brokerage site and a rental service site:

A diverse, family-friendly area full of mom-and-pop shops, plenty of greenery and neighbors chatting on front stoops is the core of Humboldt Park living. But the real treat is that the neighborhood hustles and bustles around one of Chicago’s largest parks which is the site of many summer music concerts and year round recreation. Also a big draw of this west side community is its unique tie to Puerto Rican culture.

Humboldt Park’s strong Puerto Rican heritage prompts a yearly festival and parade, held under the neighborhood’s two large Puerto Rican flags that mark Paseo Boricua Humboldt Park’s main drag. But the restaurants, shops and entertainment are hardly restricted to a single spot, there are great options for eating and amusement all over place in Humboldt Park.

The inaptly-named NabeWise Web site has this take on Humboldt Park:

Often referred to as Little Puerto Rico, Humboldt Park is one of West Town’s quieter nabes. Home to a combination of brick bungalows and apartment buildings, this nabe has dining options scattered all over the place, and amazing recreation and entertainment opportunities year round at its namesake 207 acre park: ice skating in the winter and outdoor concerts on summer nights. This nabe is a great choice for those looking to live in a calmer, less trendy area of West Town.

The Sun-Times adds some perspective on the “amusement” you’ll find in “less trendy” parts of Humboldt Park:

For years, the neighborhood has been terrorized by rival gangs battling over open-air drug markets, said a retired gang investigator for Chicago Police.

Since 2007, there have been 70 crimes that involved guns — rape, robberies, unlawful possession of a handgun, aggravated battery and murder — around one block of Kildare and Hirsch.

“Young bucks out there, they don’t care,” Jesus Diaz said. “They see what’s happening. They shoot and don’t care who gets hit. That’s what’s going on today.”
…
Police flooded the area Wednesday, hoping to calm the situation. But when Gonzalez was spotted with a gun, he fled police, and then pointed a gun at officers, leading them to shoot and kill him, police investigators said. Neighborhood witnesses later challenged the police version of events, saying Gonzalez was unarmed.

An officer safety alert warning that cops are at a heightened risk of being shot in the area has since been put in place, police sources said.

On Friday night, dispatchers had been instructed to send two beat cars to all calls for service in that part of town.