Is this still Chicago’s most astonishing penthouse? 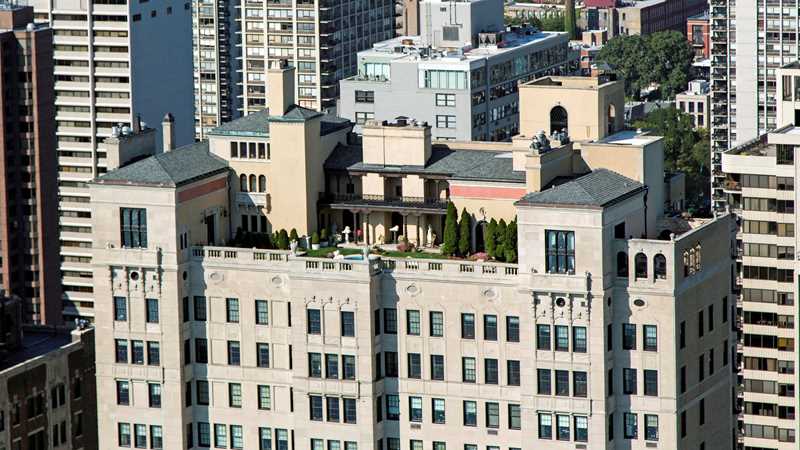 The 25-story brick and limestone co-op at 1500 N Lake Shore Dr is the only Chicago building designed by Rosario Candela, the New York “real estate brokers’ name-drop of choice.”

Over the years the building, which requires owners to pay cash for their units, has been the home of more well-known Chicago names – including Fields and Wrigleys – than name-droppers.

There are currently five units for sale in the 57-unit building, ranging in price from $1.7M for a 10th floor 2-bedroom to $5.6M for one of the two first-floor maisonettes.

The trophy unit at Candela’s 740 Park Avenue in New York was the triplex penthouse, part of a larger unit, first owned by John D. Rockefeller Jr. It last changed hands for nearly $30 million in 2000.

The penthouse at 1500, pictured above, has been described as “a rooftop 18-room bungalow, with its own reflecting pool and set of gardens.” I haven’t been able to find a public record of its most recent sale price.

According to a 2000 Tribune article article:

“The most astonishing penthouse ever built in the city of Chicago was at 1500 N. Lake Shore Drive,” said Ralph Rabbe, a longtime Chicago historian who noted that the privately owned penthouse still exists. “It was three stories, and it had a bell tower, a fountain and two-story fireplaces. You could stand in the fireplaces, they were so huge.”

We caught a glimpse of 1500’s penthouse on our recent helicopter jaunt. You can see more of our aerial views of Chicago in a Flickr album that we’ll be adding to in the coming weeks from the nearly 2,000 images we shot. 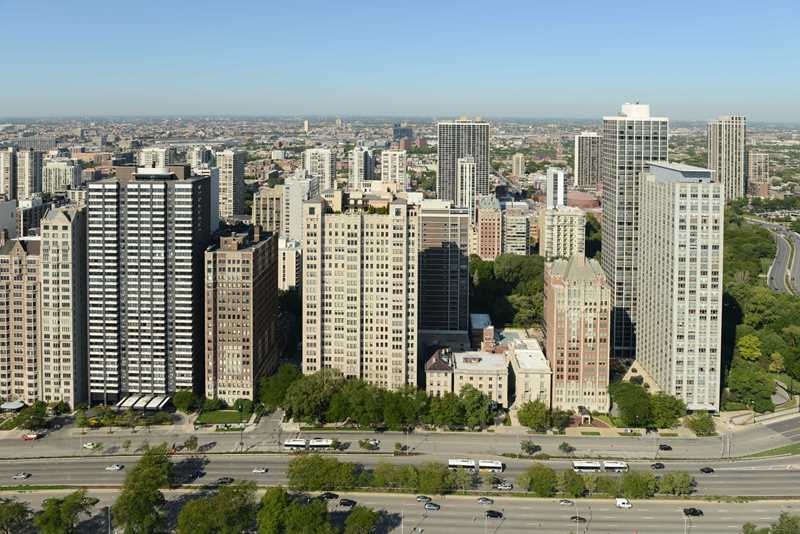 Is this still, more than 80 years after it was built, the “most astonishing penthouse” in Chicago?