It's hip to be Square on Lincoln Ave 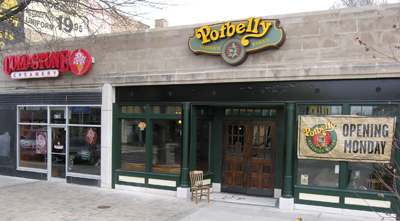 The Cold Stone Creamery pictured on the left just opened on the 4700 block of N Lincoln Ave, in Lincoln Square, and Potbelly Sandwich Works, as the signs says, is opening Monday. New businesses in the Square include The Dressing Room, The Book Cellar, Chase Mortgage, Brioso, The Chopping Block, The Grind, Cafe Descartes and Soiree. Add to this list the many bars, restaurants and shops that have opened during the last few years and you’ve got quite a happening little spot. We have to admit, we have mixed feelings about this.

The first time we had a beer in Lincoln Square, in the early ’90s, we were still college students, and the four old German guys slumped over the bar at The Huettenbar weren’t exactly pleased to see us bobbing through the door. Now, 15 years later, it’s as if they foresaw exactly what would happen. Which explains why they charged us twice the going rate for a pitcher of Beck’s.

Inflated prices, however, did not keep the college kids or the yuppies out. The Huettenbar rolled with the times, and though the beautiful wooden bar still has plenty of German customers and a great selection of imported beer, it’s now packed with twenty-somethings on the weekends. Is the bitterness you sense a result of the fact that we’re now closer, in terms of attitude if not age, to those old German guys than to the kids who have taken over? Well, what if we are? Stop looking at us like that. Who asked you, anyway?

The quaint European flavor of Lincoln Square has faded into the background as the strip comes to look a little more like Lincoln Park every month. Here’s hoping old independently-owned standbys like The Huettenbar, The Chicago Brauhaus, Merz Apothecary and Meyer Delicatessan survive the deluge.

Signs of the times in Lincoln Square: 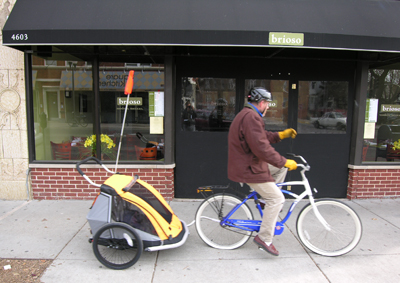 The Book Cellar serves wine and gourmet coffee and has a well-attended reading series. 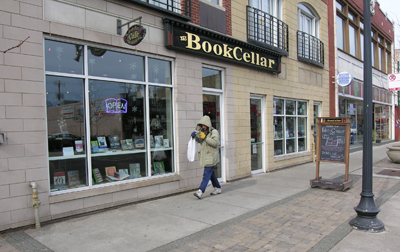 Cafe Descartes is one of two brand new coffee shops in Lincoln Square (Starbucks beat both of them here a couple of years ago). 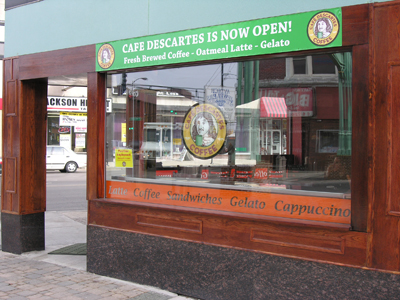 The Chopping Block has cooking classes and sells high-end accoutrements. 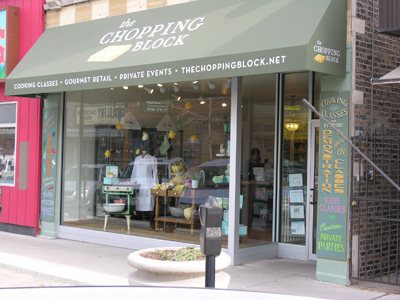