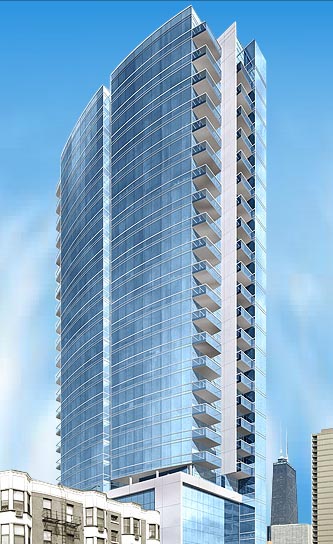 If you’re about to drop half a million dollars on a new condo, chances are you’re hoping for a room with a view.

Prospective homebuyers shopping the market in River North have plenty of high-end options, but not many of them have the kinds of sweeping views buyers tend to want downtown. The neighborhood’s stock of older loft buildings is mostly mid-rise, and on many blocks, zoning has capped new buildings around 14 stories. Superior 110, a glass-and-steel tower by JFJ Development Co. underway at the northwest corner of Superior and Clark streets, is an exception, clocking in at 27 stories.

The mechanics of Chicago’s zoning ordinance allowed JFJ to build tall on the former site of a police station. Because the buyer of the northern piece of the site constructed a building of just four stories, JFJ essentially was able to borrow the allowed height (or “floor area ratio”) not used by the other project.

“Instead of being able to build two buildings that were only 14 or 15 stories tall, they gave the floor area ratio over to us,” says Jon Zitzman, JFJ’s president.

“It was a very unique opportunity where the city was able to get something carved out that would allow for a much taller building in an area where that just can’t happen typically,” says Greg Eldridge, the At Properties sales agent who is marketing the project.

In addition to the building’s vertical advantage, it houses only 62 units – two to four condos per floor – a small number for such a tall structure. Eldridge points out that this gives each condo at least a corner exposure, if not a three-sided one. 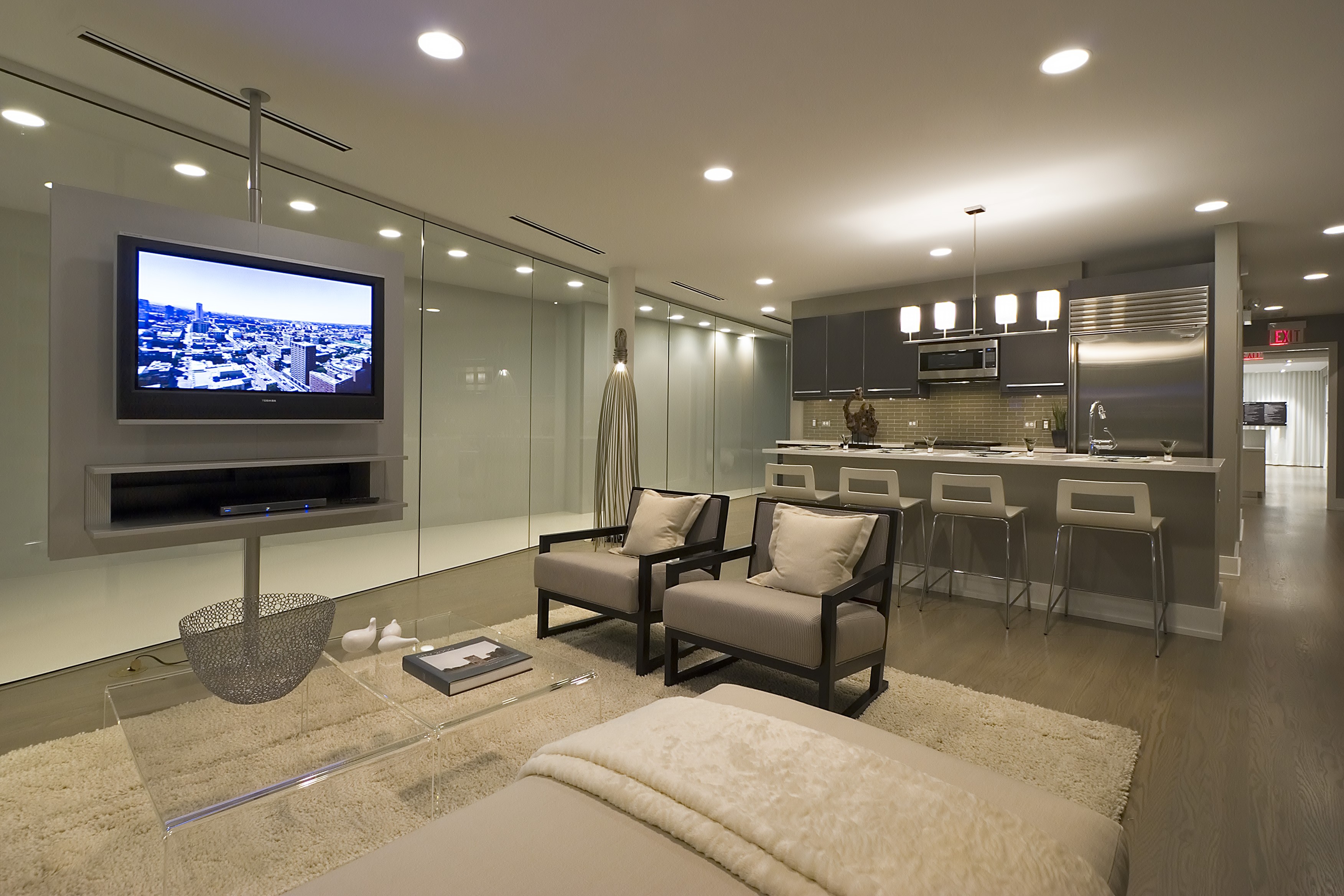 Many of those corners have balconies, which will bookend a beveled glass façade, punctuated by a vertical center cutout in a design by Hartshorne Plunkard Architecture. The cutout makes space for more corners without disrupting the building’s graceful curve.

The superior views at Superior 110 will, of course, be the east-facing ones, but Hartshorne maximized this vista by extending the western half of Superior 110 farther north than the eastern half of the building. This design creates three-sided views for northwest units, which will face the lake on one side.

The glass-and-steel design is a departure for JFJ, which has focused on more traditional architecture, Zitzman says. It’s also a departure for River North, which suffered a number of bland beige towers in recent years. Zitzman is betting that Superior 110’s pared-down, modern aesthetic will draw buyers.

“Right now the market is driven by architecture,” he says, “and we really want all of our buildings to be significant architecturally.”

That’s not to say amenities aren’t important. Superior 110 will have 24-hour door staff, business and fitness centers, a landscaped dog run on the 26th floor and personal storage spaces. Heated garage parking will occupy floors two through six. Deeded spots range from $40,000 to $48,000.

Floors eight through 19 have four units per floor, ranging from 1,150 to 1,350 square feet. The 7th floor and floors 20 through 27 feature half-floor units ranging from 2,200 to 2,500 square feet. These larger condos include 1,400 square feet of private outdoor space, as well as upgraded appliances, five-speaker surround sound, closet organizer upgrades and electronics allowances.

Sharing a floor with so few neighbors is meant to create a sense of intimacy, and Eldridge says that has been a strong selling point for a broad range of people. Buyers have so far run the gamut from first-timers to empty nesters to suburban transplants, he says.

In early July, with construction underway, Superior 110 was about 40 percent sold, according to Eldridge. Remaining units ranged from the low $500s to $1.6 million, and the first deliveries were scheduled for late summer 2008.