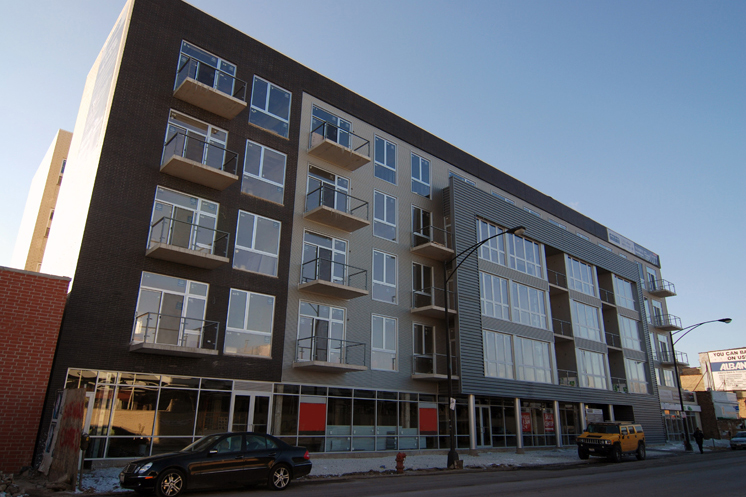 It’s been almost exactly three years since we received word that Kimball Station, a 59-unit condo development in Albany Park, had converted to rentals. Although we’d been told at one point that 15 of the units were under contract, none ever closed.

Crain’s has just reported that the project, which includes a mix of 1-, 2- and 3-bedroom apartments and 6,000 square feet of commercial space, has been sold to an affiliate of Inland Real Estate Group for $11.8 million. All of the units are said to be leased.

Kimball Station takes its name from the Kimball Brown Line stop, which is directly across the street.