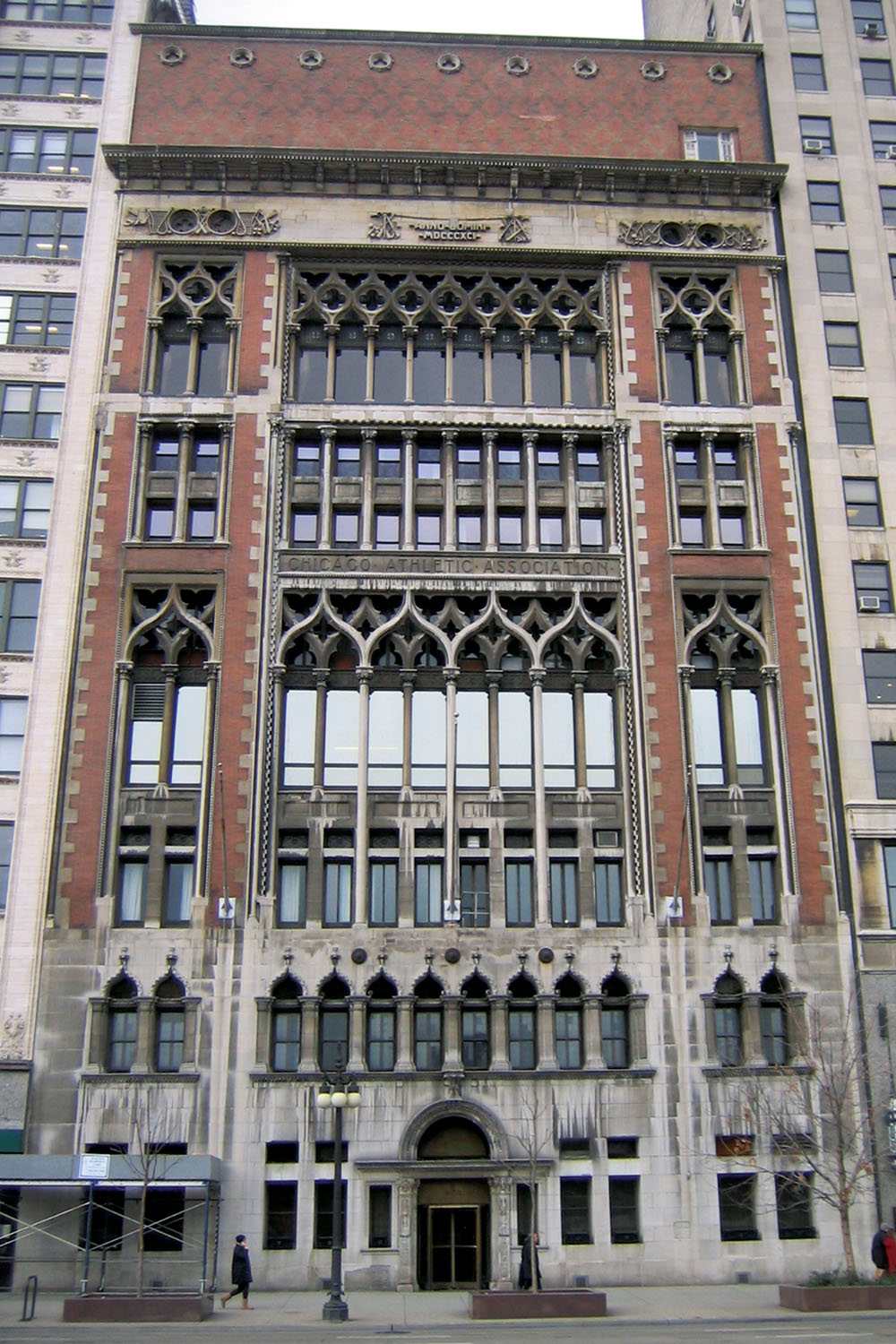 In its latest review of the city’s threatened historical places, Preservation Chicago moved beyond buildings and neighborhoods and added a set of laws to its endangered species list.

The Chicago Landmarks Ordinance topped the 2008 Chicago 7 most-threatened list following the dismantling of the Farwell Building at 664 N Michigan Ave, the attempted facelift of the Palmer House at 17 E Monroe St, the proposed construction of 29 South LaSalle at the site of the New York Life Insurance Building, and the use of Jewelers Row facades to mask a parking garage at 21 – 37 S Wabash Ave.

Preservation Chicago president Jonathan Fine said the same strain of facadism that preserved only the faces of Jewelers Row buildings now threatens the Chicago Athletic Association building at 12 S Michigan Ave (pictured above), inside the Historic Michigan Boulevard District. Developers have proposed to demolish the rear two-thirds of the building to make way for a new addition for Omni Hotels.

Fine urged the Commission on Chicago Landmarks to enact and enforce its design guidelines for the Historic Michigan Boulevard District and suggested the group consider giving individual landmark status to the Chicago Athletic Association building and its neighbors.

The other six entries in this year’s Chicago 7 are: