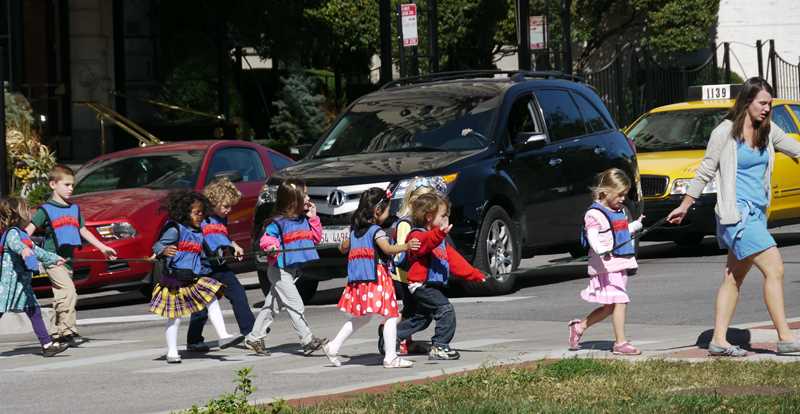 Lincoln Elementary School is generally recognized as one of the best neighborhood-boundary schools in Chicago, and homes within its attendance boundaries often sell at a premium.

When parents opt for a private school over the local public one, that’s one indication of a lack of confidence in the neighborhood school. According to American Community Survey data made available through the New York Times Mapping America feature, the majority of eligible Lincoln Park parents don’t think Lincoln Elementary is good enough for their kids.

Most of the Census tracts in Lincoln Park east of Halsted St (800 W), between North Ave (1600 N) and Fullerton Ave (2400 N) dovetail perfectly with Lincoln’s attendance boundaries. In most of those Census tracts the sample size of elementary school-age children isn’t’ large enough to report results. In two of the tracts with large enough sample sizes, 714 and 718, 68% and 69% of the students, respectively, attend private elementary schools. In the third, 715, 35% attend private school. The overall private-school attendance rate for those 3 Census tracts is 60%.

The Census tracts with insufficient sample sizes have, typically, a higher percentage of households earning over $200,000 a year than those with large enough sample sizes.

There’s been a lot written in the past several years about the academic gender gap, with girls outperforming boys on standard measures of academic achievement. If you look at the Illinois Standards Achievement Test scores for Lincoln (PDF), boys outscore girls in reading and math in Grade 3. By the 8th grade, however, boys dramatically lag girls in reading scores and also trail significantly behind girls in math scores. More than 70% of boys exceed state reading standards in Grade 3. By Grade 8, only 17.9% exceed state standards.