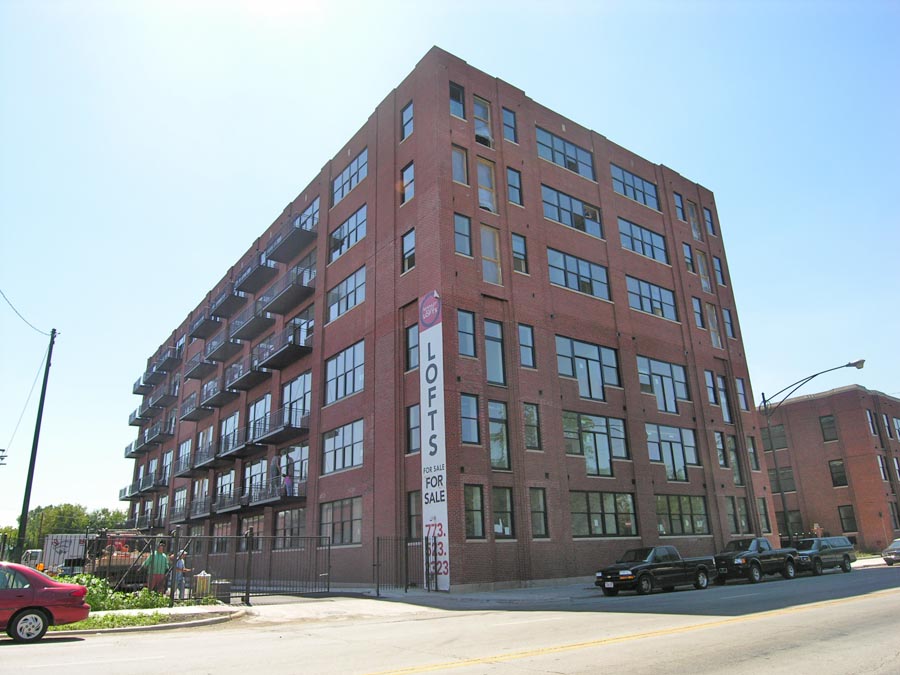 The Habitat Company adapted the old industrial building at 2323 W Pershing Rd into 163 units back in the mid-2000s. Yo posts from 2006 mention prices ranging from the the $180s to the $360s, home features like exposed ductwork, maple cabinets, and stainless steel appliances, and amenities like a fitness center and a courtyard. In 2008 Rick Levin & Associates auctioned 34 lofts at suggested opening bids as low as $85,000.

Newer Post
Year opens with 1,100+ downtown homes for rent
Older Post
Quote of the day: Is the worst behind us?