Looking ahead to the Olympic Village 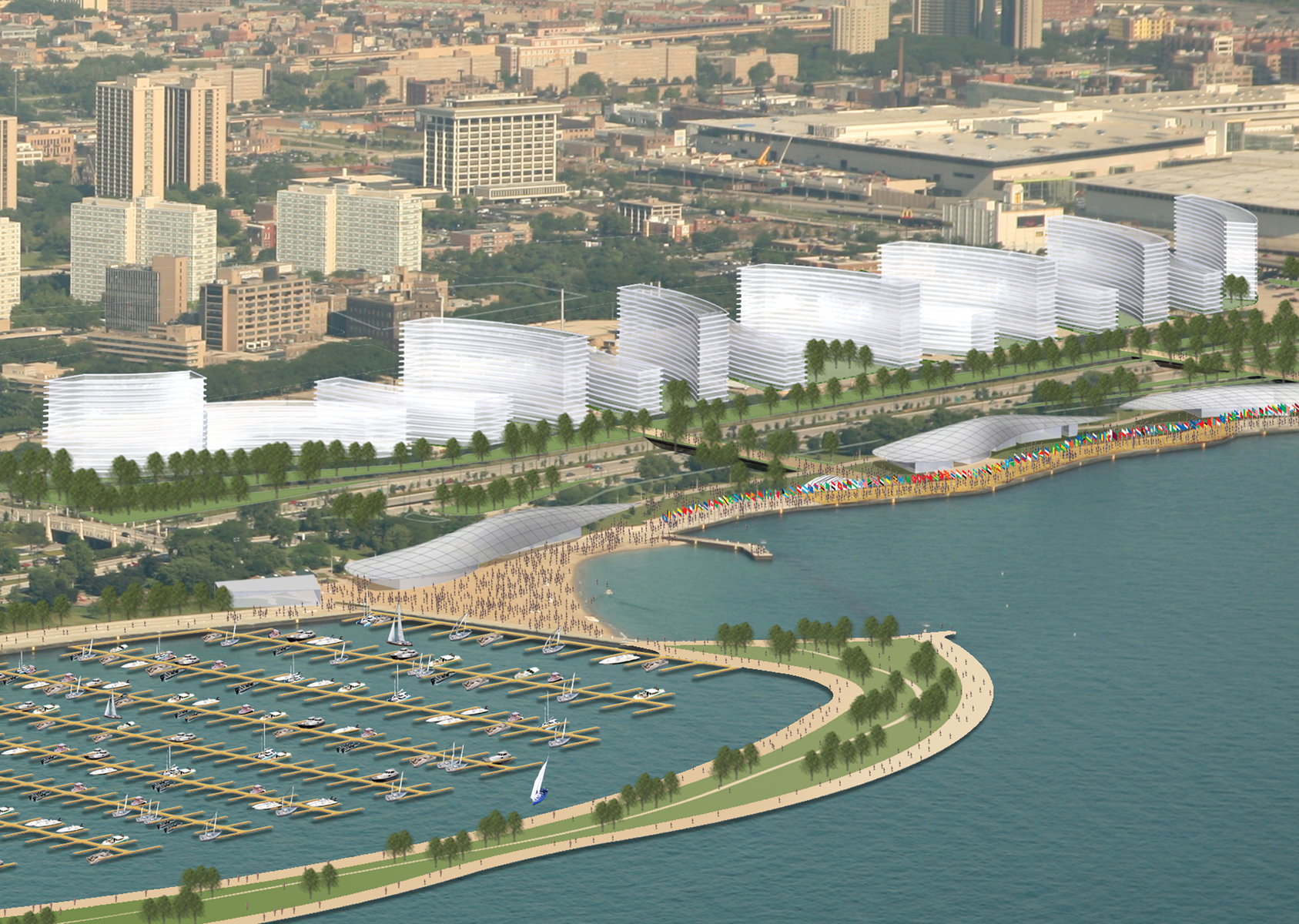 Chicago’s claim to the 2016 Summer Olympics is anything but a lock. The city faces stiff competition from six Asian, European and South American countries, and Mayor Daley and the U.S. Olympic Committee still have plenty of hurdles to clear before they can declare victory in their bid.

But if the City of Broad Shoulders does succeed in bringing the Summer Games to the shores of Lake Michigan, one thing is certain: The South Side will see a surge of construction the likes of which have not been seen since the World’s Columbian Exposition of 1893.

At the center of this titanic undertaking will stand the Olympic Village, a $1 billion mixed-use development located on 105 acres of lakefront property immediately south of McCormick Place, in Chicago’s Near South Side.

In an official application (PDF) submitted to the International Olympic Committee on Jan. 15, the USOC described the village as a collection of “new, accessible residential buildings that can host a minimum of 16,000 athletes, coaches and team officials in a peaceful courtyard setting.” A slew of amenities including a promenade of shops, clubs, movie theaters and concert stages will accompany the residences, the application states.

Conceptual art submitted with the application depicts 14 curvilinear mid-rises and high-rises on the western side of Lake Shore Drive. Closer to the lake, a cluster of wave-shaped buildings (inspired, no doubt, by Millennium Park’s Cloud Gate) line the shores of Lake Michigan.

Following the games, developers will convert the facilities into affordable, moderate and market-rate housing and retail spaces, in effect establishing “a central point for improvement of an entire neighborhood on the South Side.”

The city secured development rights and passed zoning requirements for the village, according to the application; construction, however, will be a private endeavor, with one or more real-estate companies moving forward with the village’s development.

Recent news reports have suggested that local heavy-hitters like Mesirow Financial Real Estate, Magellan Development Group, The Fogelson Cos. and The Enterprise Cos., as well as Forest City Enterprises, have all expressed interest in building the Olympic Village. Principals in those companies are staying tight-lipped about their involvement, but at least one, Gerald Fogelson, is moving forward with his own multi-billion-dollar project in the South Side.

Fogelson in February announced plans for his own 23-acre development in the Near South Side. The $4 billion project calls for approximately 4,000 residential units, 3,000 hotel rooms and 300,000 square feet of retail space on the west side of Lake Shore Drive, near Soldier Field.