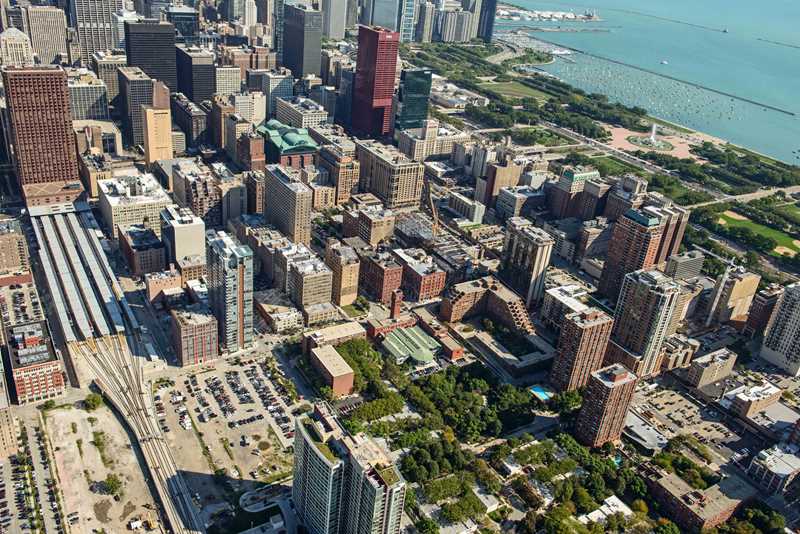 The yellow and white tower cranes in the above photo mark the sites, respectively, of the new Jones College Prep building and a new dorm under construction for East-West University.

Sloopin, which was recently voted one of the city’s top neighborhood sites by YoChicago and the Community Media Workshop, posted yesterday that a new Mariano’s is scheduled to break ground at the southeast corner of 16th and Clark. That’s the void-of-cars vacant lot east of the tracks in the following photo. 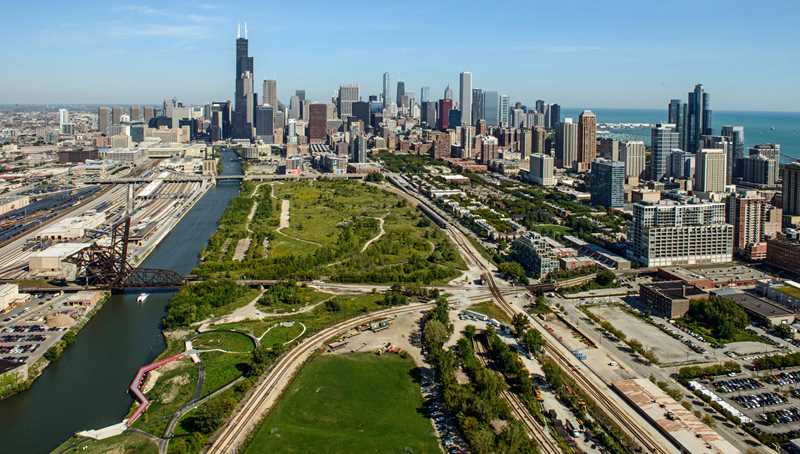 As (almost) always at YoChicago you can click the images for a much larger version.

You can see a growing number of aerial images from YoChicago’s recent helicopter trip in an album at Flickr.