New apartment tower proposed at Lake and Wells in the Loop 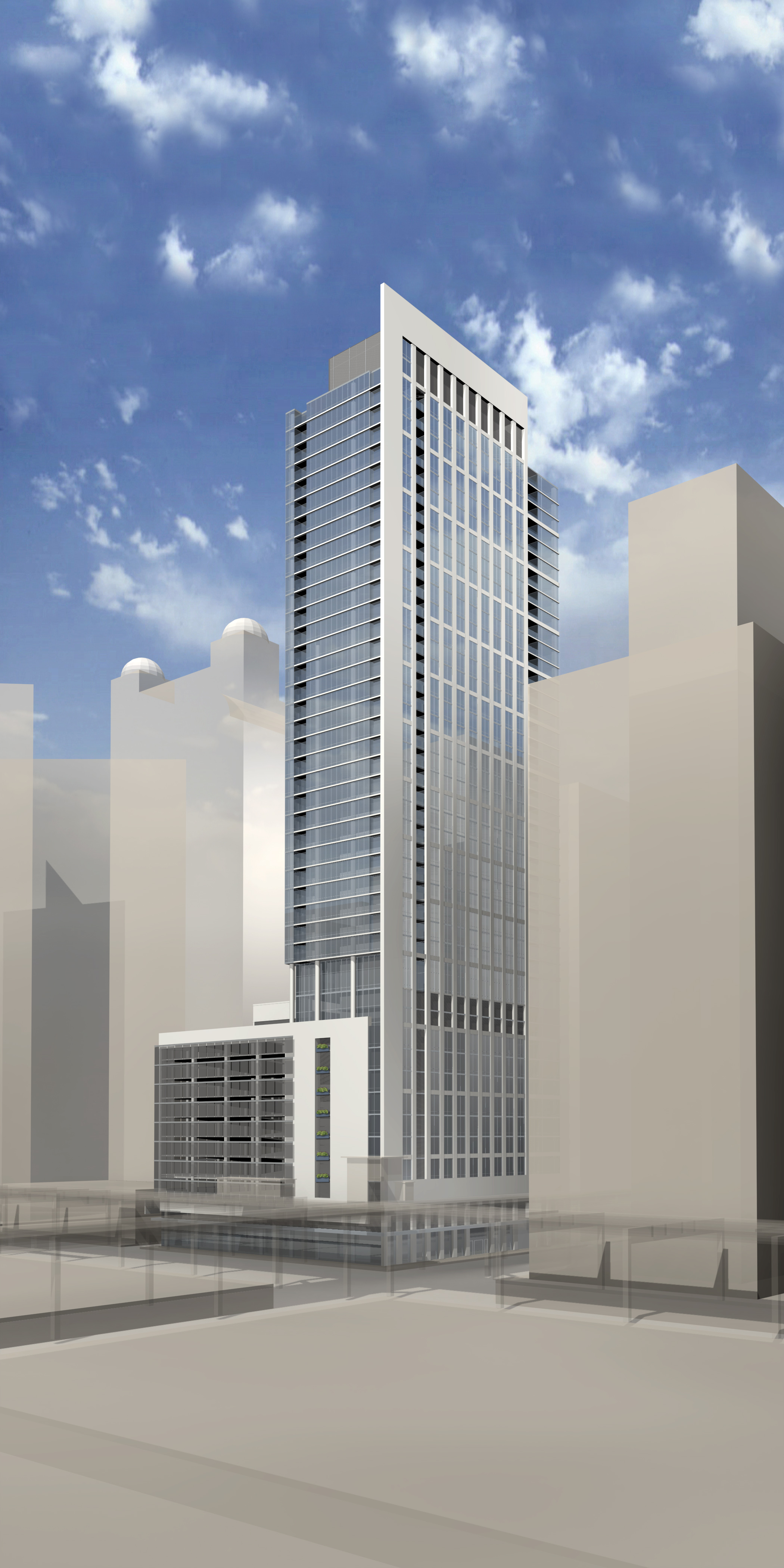 Construction on a 43-story apartment tower proposed on the northwest corner of Lake and Wells streets could begin at the end of this year if the City Council approves the project.

The building, proposed on a site currently occupied by a parking deck, would have 329 apartments, 151 of which would be studios, according to Jay Javors, president of Midwest Property Group, the developer.

Solomon Cordwell Buenz‘ design emphasizes concrete and glass, according to Jim Curtin, principal architect. “We looked at this as being a fresh architectural statement,” Curtin says. “The area itself needs something very clean, crisp and architecturally graphic.”

Curtin says he wanted a slender design that maximized views and preserved natural light, “which I think is very important because the el tracks are there and we don’t want to make it appear too congested.”

There will be approximately 10,000 square feet of retail on the ground level and 549 parking spaces underground. In order to ease congestion, Curtin says drivers will be able to enter the garage on North Wells Street and both enter and exit on North Post Place, which has direct access to Lower Wacker Drive.

The 11th floor will have a dog-walking area, and the 13th floor will feature an indoor swimming pool, an exercise room, a sun deck, a hospitality room and a business center.

The project still must pass the Department of Zoning and the City Council before it can receive building permits. “We would like to break ground at the end of this year, but it depends 100 percent on city of Chicago approvals,” Javors says.

The Chicago Plan Commission approved zoning changes for the building on May 17 and some commission members noted that they liked the idea of rentals in the Loop.

Javors argues that there’s a strong market for rentals downtown. “There’s been a lot of buildings converted to condominiums. But people, for whatever reason, want to rent for awhile and may not ready to move to a condominium.” The apartments will be marketed to young adults who are working in the Loop or finishing school near one of the several nearby universities, he says.