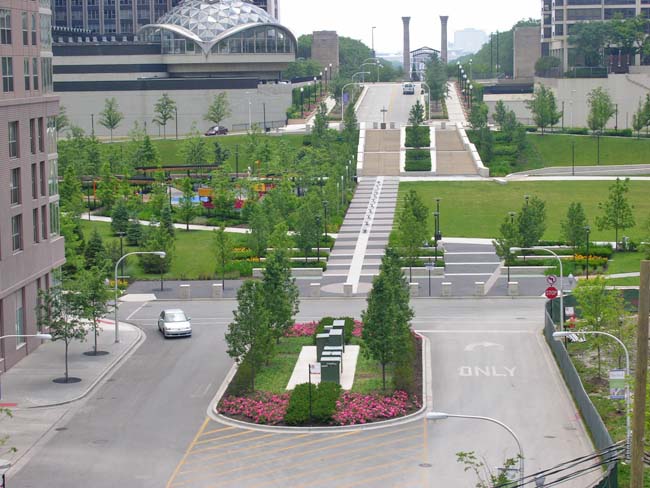 Lakeshore East is rising swiftly in the East Loop, and the Illinois Real Estate Journal recently ran a profile on Joel Carlins and Jim Loewenberg, the two principals behind Magellan Development.

“Most developers in the city for many years have never designed rental with condos; they have felt that the condo buyers are a little more particular and wouldn’t want rentals in their building,” [Carlins] says of the forthcoming Aqua tower. “Here we have combined rental with condominiums and separate entrances.”

In addition to cultivating 26 acres of the mixed-used parcel for residential living, the Magellan partners planted a six-acre park in the center, with many of the pathways winding into shapes of sail. The two are also bringing the first major grocery store to the area , with the forthcoming opening of a 100,000 square foot Treasure Island grocery store. Construction was expected to be underway by mid-February.

In May 2007, New Homes Magazine named Lakeshore East the best new planned community. And just last week, we featured a comment from Carlins as our “Quote of the day.” Look for more from Magellan in New Homes Magazine’s March 2008 issue.