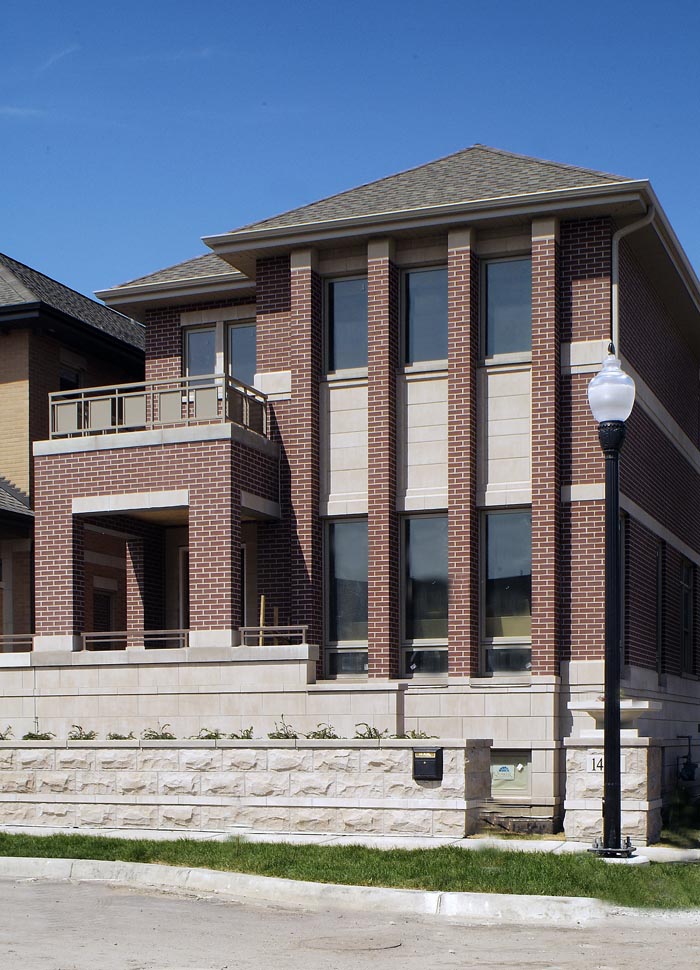 During the past five years the historic Maxwell Street neighborhood has gone from a strip of dilapidated storefronts and vacant lots to University Village, a bustling mixed-use community located on 68 acres adjacent to the University of Illinois at Chicago campus, on the Near West Side.

Built by the South Campus Development Team (SCDT), a joint venture of Mesirow Stein Real Estate Inc., Harlem Irving Cos. and New Frontier Cos., University Village is entering its third and final phase of development with Ivy Hall, a collection of more than 160 walkup condominiums, more than 30 townhomes, and 36 single-family homes.

The project, located on the east portion of the property, will increase the total number of dwellings at University Village to about 900 when it’s completed in spring of 2008.

“University Village is a great story,“ says Vince Forgione, executive director of SCDT. He emphasizes that the project required a massive commitment by the city and UIC, as well as the developers, architects, designers and marketing personnel. “An awful lot of people deserve credit for the success of the project, including those first buyers who took a chance when they bought in the middle of a lot of vacant land with construction going on all around them,“ Forgione says.

Indeed, driving south from Roosevelt Road on Halsted Street, past the new shops, UIC dormitories and brick homes of University Village, it’s difficult to remember how desolate this strip was – and the leap of faith it required from early buyers. Buyers at Ivy Hall, the community’s final stage, don’t need that sort of imagination.

The latest phase is the culmination of a master plan that, according to Forgione, evolved as the marketing process moved forward.

“We believed that we could create a great neighborhood if we remained sensitive to what our buyers were looking for,“ he says. “With Ivy Hall, for example, we saw an emerging market for single-family homes both from within the existing community and from those who wanted to move there.“

Ivy Hall was about 60 percent sold at press time, according to Kathy Ryan, sales director for, the exclusive marketing and sales agent for University Village.

Much of the project was designed by architects FitzGerald Associates, and like the rest of University Village, it’s true Chicago vernacular. “All of the Village features the characteristic Chicago brick and limestone with front entrance emphasis,“ says Mike DeRouin, an architect at FitzGerald. “And while it’s a brand new neighborhood, we were careful to draw from a lot of the surrounding influences.“

For example, says DeRouin, the small front yards and covered front porches leading to elevated first floors are classic Chicago, as are larger green back yards with decks and patios. And he points out that the New West Realty single-family homes will have several brick colors, a nice contrast to the red brick prevalent in earlier phases.

Finishes and amenities vary according to units’ style and pricing. The single-family homes, for example, have a long list of appointments and are available in a number of floor plans with two-car detached garages, all located on a landscaped street. The townhomes include family rooms and two-car attached garages, while the condominiums have landscaped fronts and in most cases balconies or patios.

“There is something here for every type of buyer,“ says Forgione. “And this is the magic of University Village. What’s wonderful is the way the Village is designed. It has created so much diversity in the makeup of its residents. It is a true community in every sense of the word.”