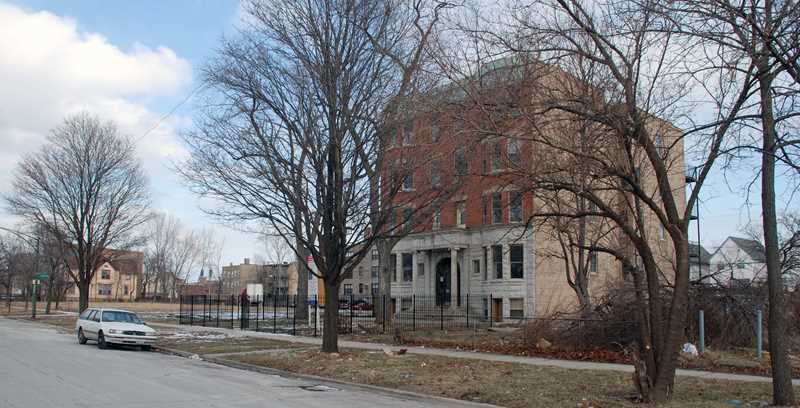 Woodlawn‘s population, as measured by the Census Bureau, fell from a high of more than 80,000 in 1960 to 23,410 in 2010. The community’s decline was accompanied by a seemingly-endless and costly succession of efforts at revitalization.

We visit Woodlawn periodically, and look in from time to time on property sales in the neighborhood. A series of small condos billed as “The Renaissance on Kimbark” was once touted as a harbinger of lasting change in the area. When we checked on sales at one of the Renaissance developments last October, a unit that had originally sold for $260K was listed, following a foreclosure, at $154,900.

The next development on the block should be named The Dégringolade on Kimbark.