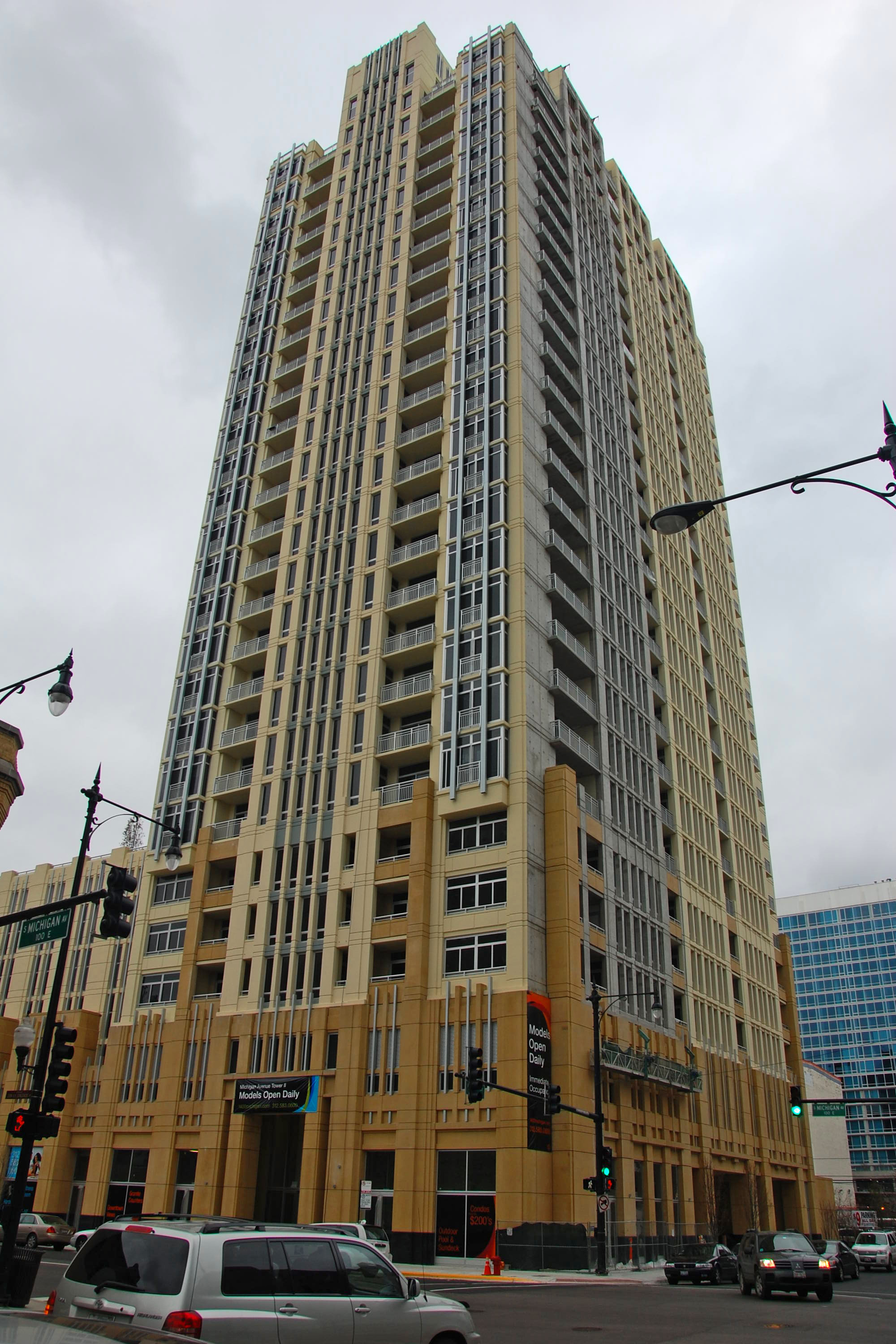 One week later, Weichert, Realtors – Frankel & Giles rolled out new prices for the building’s unsold units. Although we didn’t get a full accounting of the price cuts, we learned that most of the remaining one- to three-bedrooms were discounted 23 to 28 percent from their pre-auction prices, putting them at a new range from $180s to the $550s. Two penthouses were also listed at $1.8 million and $1.9 million.

Yesterday afternoon I pulled up the latest info on Michigan Avenue Tower II to count how many units actually closed after the auction and to see how prices had changed since late November.