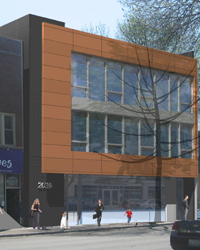 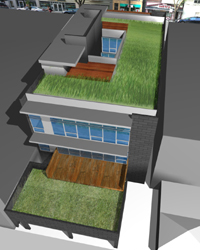 This three-unit development at 2039 – 2041 W Roscoe Ave has a number of unique features, but the one that caught my eye on the Wilkenson Blender Architecture Web site was the “rooftop urban garden with honeybee hives.”

Really? What sort of assessments will there be for the bee keeper? And what if someone in the family is allergic to bees?

Turns out, the beehives are optional. In fact, because of its size, the owner of the top-floor duplex in this three-unit building will have a lot of customization options for the roof deck. That isn’t the only outdoor space in the building though. According to Baird & Warner agent Robert John Anderson, owners of the second-floor condos will have access to a large terrace on the roof of the four-car garage, as well as an interior courtyard.

The two second-floor condos each have two bedrooms and two baths with 1,800 square feet of floor space, and they’re priced in the $570s and the $590s. However, Anderson says that the more expensive of the two just went under contract, and prospective buyers have returned for third showings on the other. The top-floor unit is a 4,330 square-foot four-bedroom / 3.5-bath duplex that’s priced at $1.6 million.

Anderson says the building has clear southern exposure, which is conducive to solar energy. The developer will be installing solar thermal solar panels that will heat the building’s water and power the hydronic in-floor radiant heating system, but it will also be possible for buyers of the top-floor unit to install photovoltaic (electric) solar panels on the roof. According to the brochure Anderson emailed me, some of the building’s other green features include soy insulation, Traco thermally-broken windows, low-VOC paints, and storm water cisterns.

The building is currently under construction, but the windows are in, and it’s currently being skinned. Deliveries are scheduled for June 1. 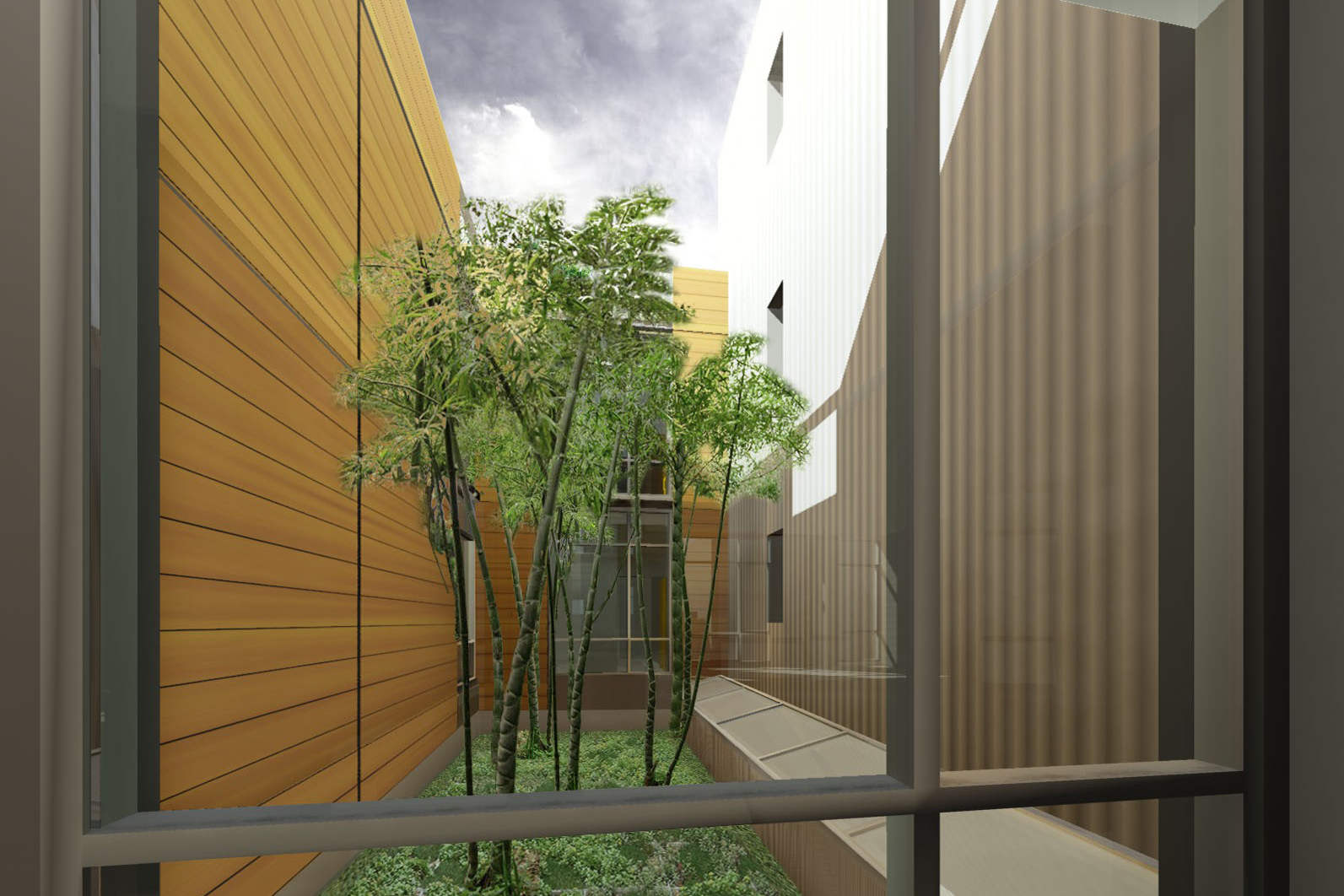 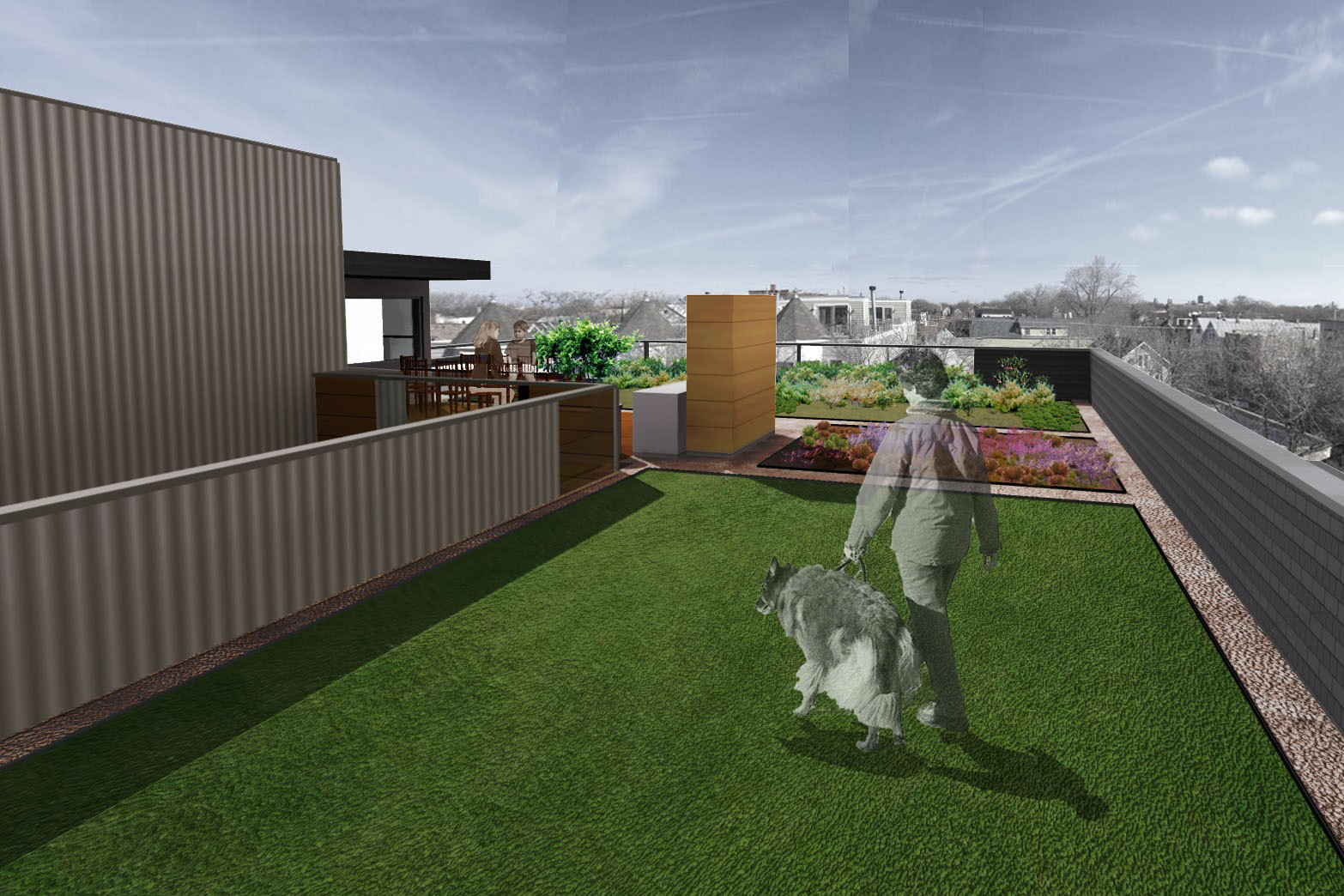