Moving to the Loop: Stella Stephan will leave the suburbs for a brave new downtown 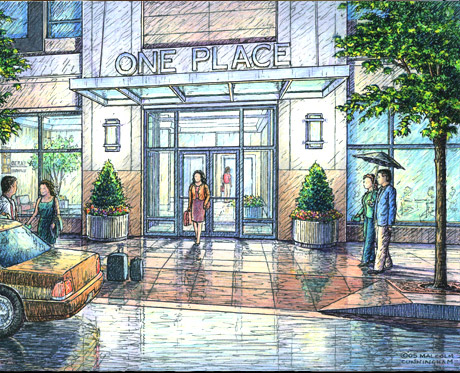 For two months after she bought her condo at One Place, a 10-story tower at 1 E 8th St, Stella Stephan kept the purchase a secret from her father. This was no mean feat, given that the two live together in the family’s house in Skokie. “I was really scared to tell my dad,” she says, laughing. Along with her uncle, her father had warned her away from venturing into the southern part of the Loop, territory they remembered as dangerous and dirty. But Stephan, a 24-year-old bank teller who plans on going to law school, was bent on forming her own impressions. Before she bought her condo, she made four trips to the Loop at different times of day, staying for eight or nine hours at a stretch each time. “I didn’t expect to see iPods out,” she says. Those white headphones, dangling freely within reach of passersby, were for her a sign that people felt safe. And she liked the population of students and professionals she saw walking the streets, “people you know are going somewhere, just by listening to their conversations.”

The Loop seemed a welcome respite from suburban life. “It’s plain. It’s dull,” she says. “You see the same people every day.” Nor was it too dense or chaotic, her take on North Side neighborhoods like Lincoln Park. “It’s always noisy and crowded,” she says. “It’s always party, party, party.” And in January 2006, when she bought her two-bedroom, two-bathroom condo, the price fit her budget (she plans to move in sometime in the first quarter of 2008). The final test came when she took her father on a tour of her new neighborhood. “This is nice,” she remembers him saying, as they ate lunch at Panera Bread. Her uncle signed off, too. Now it’s possible her 19-year-old sister will live with her in the new condo, near the shopping, museums and parks that for Stephan are an exciting slice of life in the big city. “I think everyone needs to experience that,” she says.