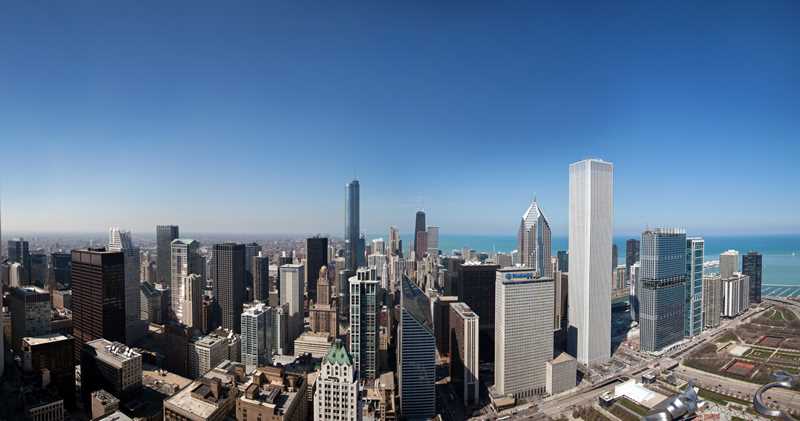 Back in April of 2009 we rode the construction elevator to the 71st floor of Legacy at Millennium Park with Mesa Development‘s Jim Hanson.

“Legacy is all about the views,” said Hanson, and the views, as you can see in the above shots by Michael Kardas, were stunning.

The sales pace was also stunning for a building that was still under construction. According to Hanson, “Right now we are just under 90% sold. We’ve got over 300 of the 356 under solid contract,” including the 71st floor.

Solid was a word whose meaning was well understood by a 19th century economic philosopher:

All that is solid melts into air, all that is holy is profaned, and man is at last compelled to face with sober senses, his real conditions of life, and his relations with his kind. 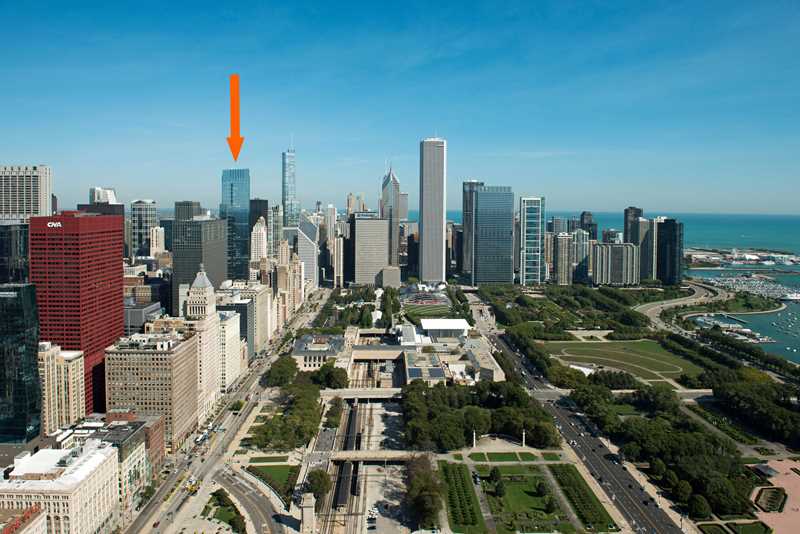 At the time of our visit the Chicago condo market, as we now know with the benefit of hindsight, was undergoing a meltdown that resulted in virtually every new building in Chicago experiencing large numbers of contract cancellations.

Chicago Magazine’s Dennis Rodkin and Jim Hanson recently visited the 71st floor of Legacy, which has been built out as a single 9,301 square foot unit.

A sales agent told Rodkin that 135 of the building’s 365 units remain available for sale. The prices quoted by Hanson in our 4-year old video are substantially higher than current list prices.

You can see more of YoChicago’s panoramic and aerial photographs at Flickr.