Neighborhoods for the rest of us: New City 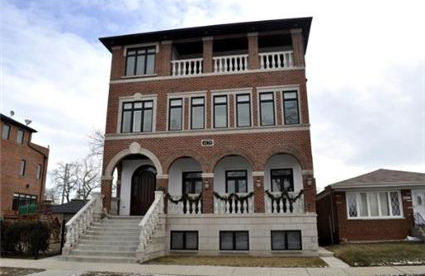 Being a young transplant, just about everything I know about New City (and its sub-neighborhoods, Back of the Yards and Canaryville) comes from the history books on my shelf. Perhaps for my parents’ generation, and most definitely for my grandparents’ and back, however, the sights and smells of this South Side community defined Chicago.

Community Area 61, bounded roughly by Pershing Road, Garfield Boulevard, Western Avenue, and the Dan Ryan Expressway, was once the heart of the country’s meatpacking industry. It was the setting of The Jungle, the center of Saul Alinsky’s community organizing, and the site of the first Chicago Bulls game. And although Grant Park and the Hilton were where the kids and cops clashed in 1968, it was inside New City’s Chicago Amphitheatre where the first Mayor Daley heckled Abe Ribicoff as Dan Rather took punches to the gut.

The packinghouses and stockyards are long gone, but New City remains an industrial zone lined with rails, but it’s also a residential neighborhood, especially in Canaryville and the area south of 47th. A full two-thirds of the 231 residential properties for sale in New City are multi-unit buildings priced from $3,500 up to the $590s.

Normally I’d direct you to our set of New City photos on Flickr, but it doesn’t look like we have any. Guess it’s time to take a camera down there and have a new look around, huh?

Newer Post
Sales update: Nine homes available with 5 percent down at CA23 in the West Loop
Older Post
Quote of the day: What's the holdup?