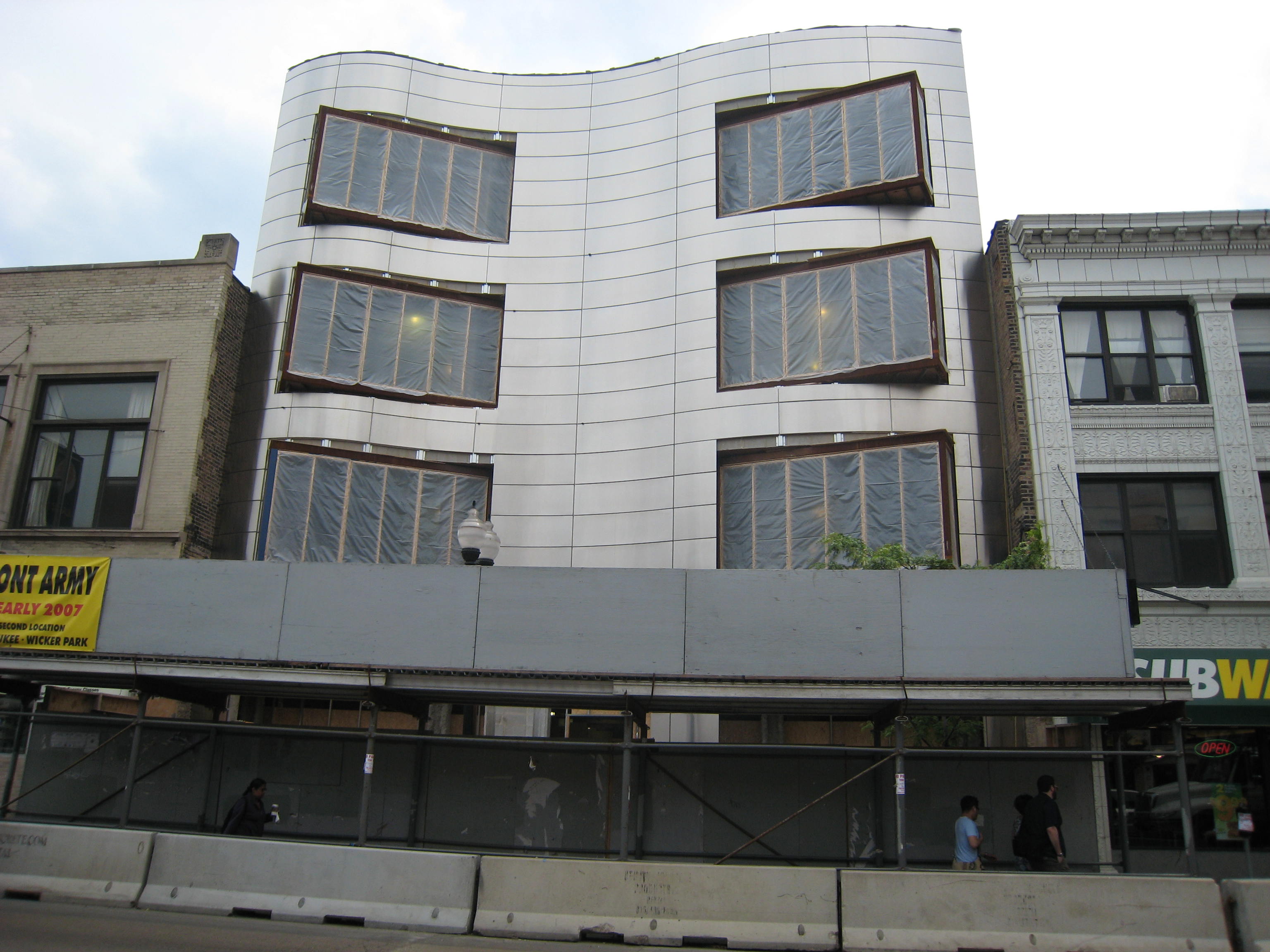 No one is too thrilled with the construction underway on CTA el tracks, but there have been some positive side effects, such as Belmont Army Surplus’ creation of a new home at 855 W Belmont Ave, pictured under construction above (the store also has opened a second location at 1318 N Milwaukee Ave, in Wicker Park).

The silver undulating facade broken by large, jutting glass bays is perfect for the funky operation that is Belmont Army, and it’s a pretty great addition to the street. Some might complain about the contemporary design’s lack of respect for context — it’s book-ended by vintage facades — but to my mind, the new building is a classy complement to the historic white facade and classic cornice of the building immediately west.

The new store should be open in late July or early August. 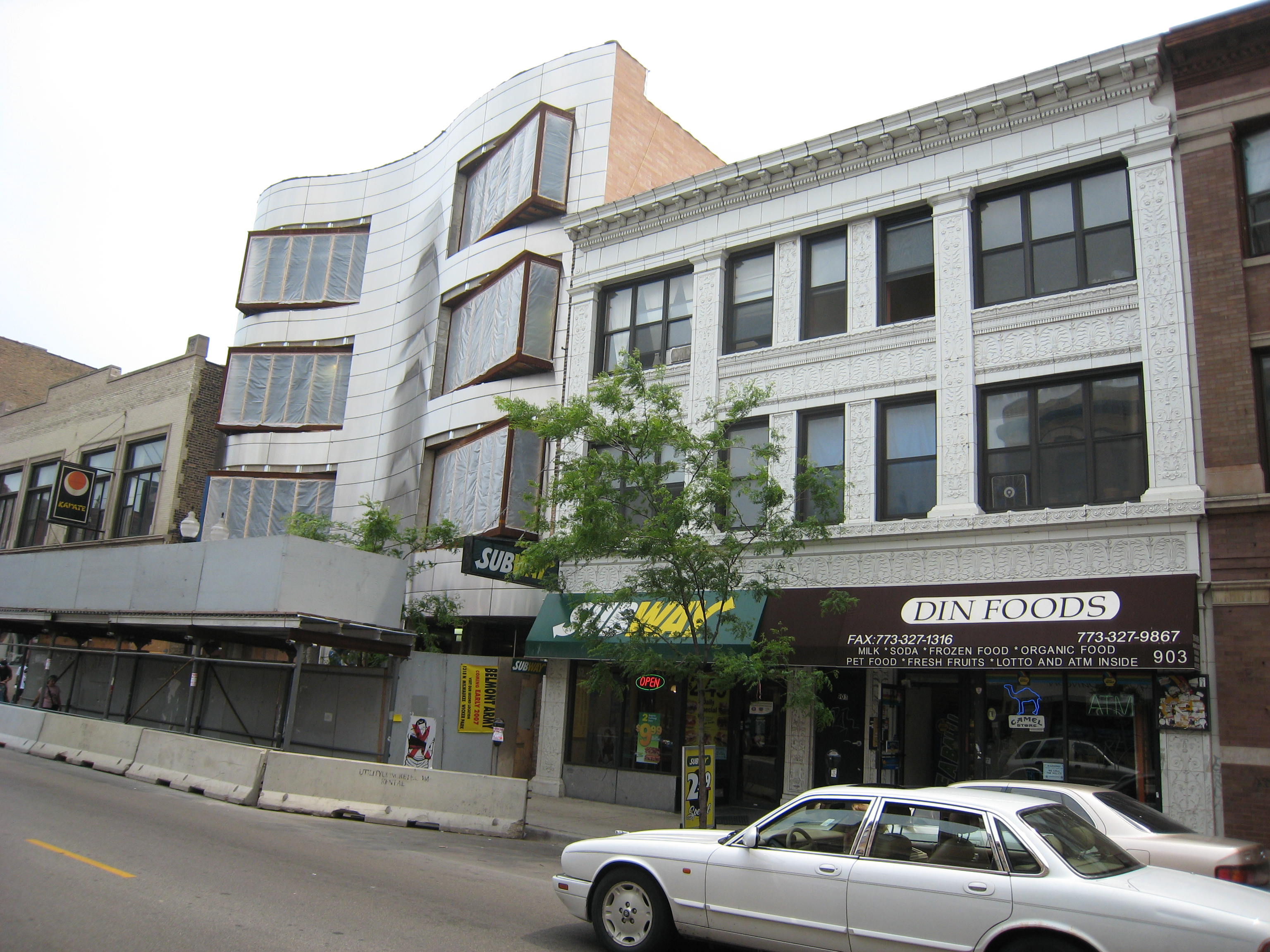