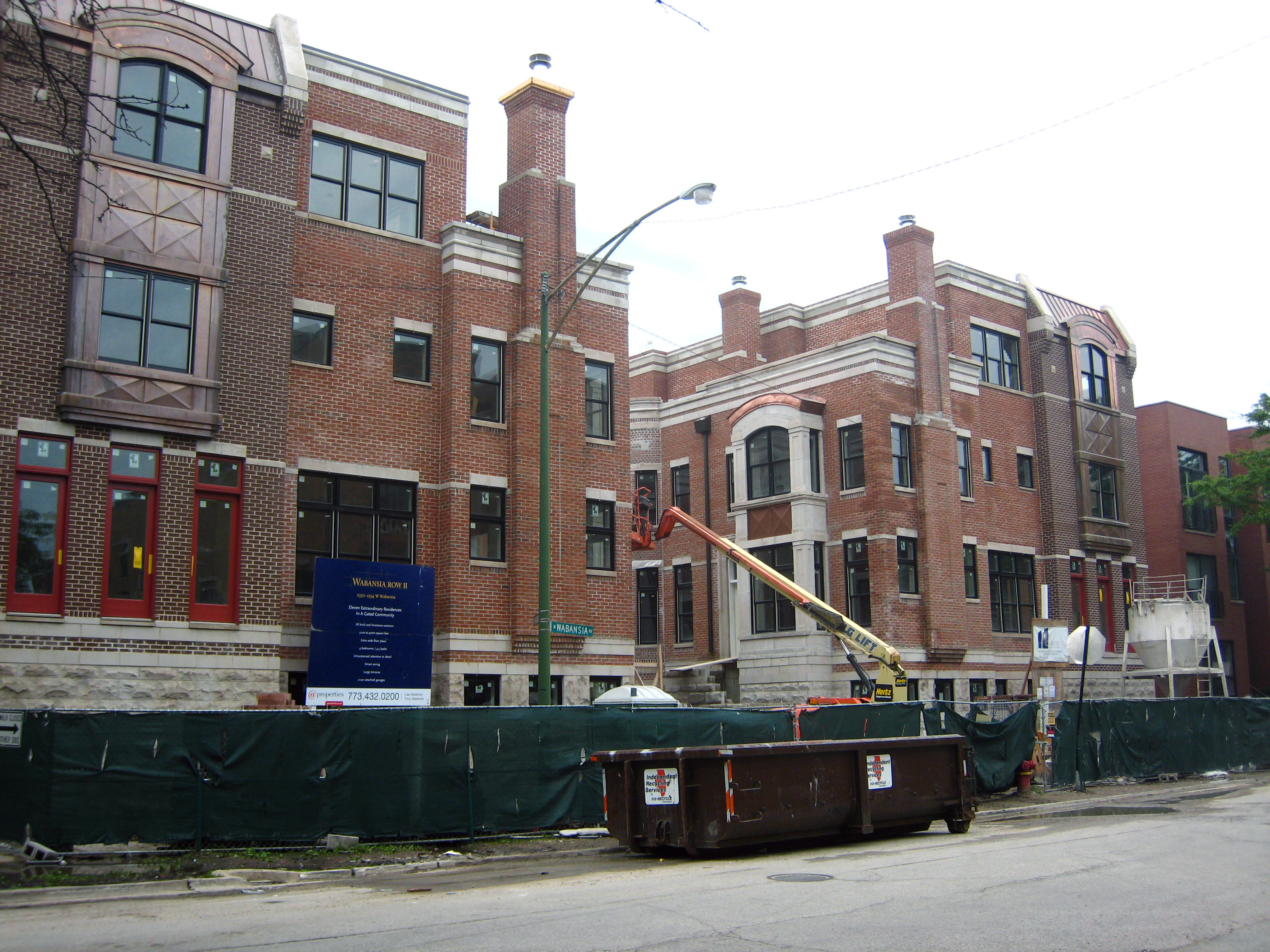 Turns out it was a combination of zoning issues and a lack of funding that slowed work at Wabansia Row II, the Bucktown townhome development that has been under construction since 2006. According to @properties‘ Lisa Madonia, the listing agent for the the 11-unit development at 2330 – 2334 W Wabansia Ave, Wabansia Row’s former developer ran into issues after the project’s second phase was down-zoned from R5 (now RM5), the zoning classification for multi-unit residential buildings with no more than four stories, to an R4 (or RT4), the classification for townhomes and three-flats.

“When it went to R-4, the city said he wasn’t building to code, when in fact he was grandfathered in when he started,” Madonia said. “It was a lot of red tape through the city, it took a year to resolve, and when they finally said ‘OK, you can continue,’ he lost his construction loan.”

The second phase’s new developer, Origin Development, hired Catalyst Construction to finish the project. Madonia expects construction to wrap by September. The development should have a model unit ready “probably by the end of the month,” she says.

The development comprises four-bedroom / 4.5-bath units with 3,100 to 4,655 square feet. Each home has an attached garage, a rooftop deck, and a deck off the kitchen with a gas line for grilling, according to the development’s Web site. Price points range from the $790s to $1.05 million.

Newer Post
Levin to auction condos, single-family homes at Metro Place, Enclave at Galewood Crossings
Older Post
Is it the season of the first-time homebuyer?