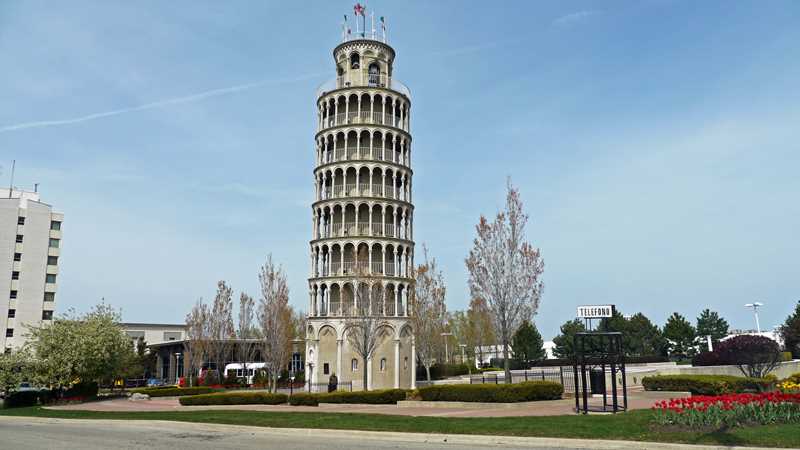 A hat tip to Chicagoist’s blatant rewrite of this Pioneer Press article for alerting us to Niles having been named the best place to raise kids in Illinois.

Runner-up honors in Bloomberg Business Week’s 2010 selections went to Bensenville, which Forbes recently singled out as one of America’s 10 fastest dying towns.

Niles is one of those easily-overlooked places – unless you’re driving along Touhy Ave and spot its landmark Leaning Tower. One index of its attractiveness as a place to live is that many of its citizens don’t want to leave, resulting in the north suburbs’ highest percentage – 25.4% – of 65+ residents.

If you scan all 51 slides in the Business Week series, as I did, and check the demographics of several dozen of Bloomberg’s selections, you might join me in thinking a more apt headline would be the “Best places to raise non-Hispanic white kids.” With a very few exceptions, America’s glorious diversity is sadly unrepresented in the series.