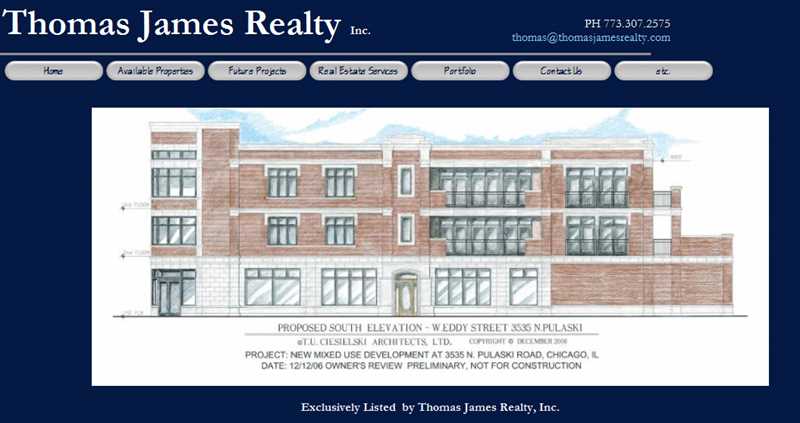 Three units in a newer 10-unit Avondale condo, at 3952 W Eddy, are listed for sale in the MLS, and one of those units describes the building as “90% Sold … Only 1 units Left!” Another listing says the building is “70% sold. Only 3 units left.” Both units were apparently listed on the same day three weeks ago by the same agent.

Units in the building have been on and off the market since May of 2008. Only two units are shown in a search at the Chicago Tribune as having closed at 3952 W Eddy. One of them, Unit 2SW, reportedly closed in March of this year for $235,000 and is currently back on the market 2 days ago for $254,900.

The property is on a corner, and apparently previously had a 3535 N Pulaski address. Three units are shown in the Tribune-accessible database as having closed at that address in public records.

The Cook County Recorder’s online database has no record of the individual PINs (Property Identification Numbers) shown with the MLS listings.

A rendering of the proposed development, from 2006, at the listing broker’s website (screen cap above), indicates that 3535 N Pulaski and 3952 W Eddy are the same development.

These discrepancies may represent nothing but sloppiness or laziness on the part of the listing agent, coupled with Eddy’s being a more marketable address – but should be considered a warning flag. Proceed with caution if you’re interested in the location.

ADDED: We’d previously written about the development, in January of 2009, when prices were higher and it was being called “Old Irving Condos.”