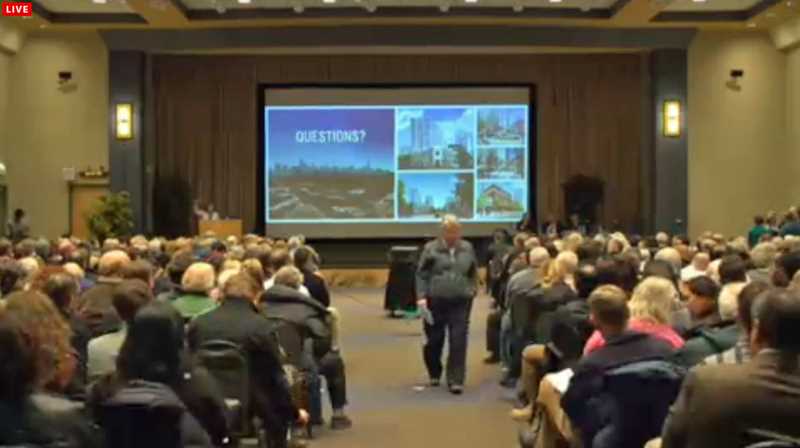 According to census data, the median age of Lincoln Park residents is 30.4. Based solely on watching the streaming video, the median age of the crowd at last night’s meeting on the Children’s Hospital proposal was at least double that.

The minority population of Lincoln Park is nearly 17%. The minority percentage of meeting attendees appeared to be a small fraction of that.

I was young when I moved to Lincoln Park in 1974 and it was an exciting, vibrant place to be, with a great mix of music, bars and retail. Lincoln Park is as beautiful as it was back then, if not more so, but the energy of the commercial scene appears to have slowly and methodically dissipated.

According to a representative of the Lincoln Park Chamber of Commerce, nine businesses near the hospital have closed since the hospital closed, and more are in danger of closing.

One player whose interests are clearly being ignored is Children’s Hospital. The value of the hospital property has, according to one speaker and an apparent confirmation by the project’s developer, diminished by more than $30 million since the process began.