One Superior Place, then and now 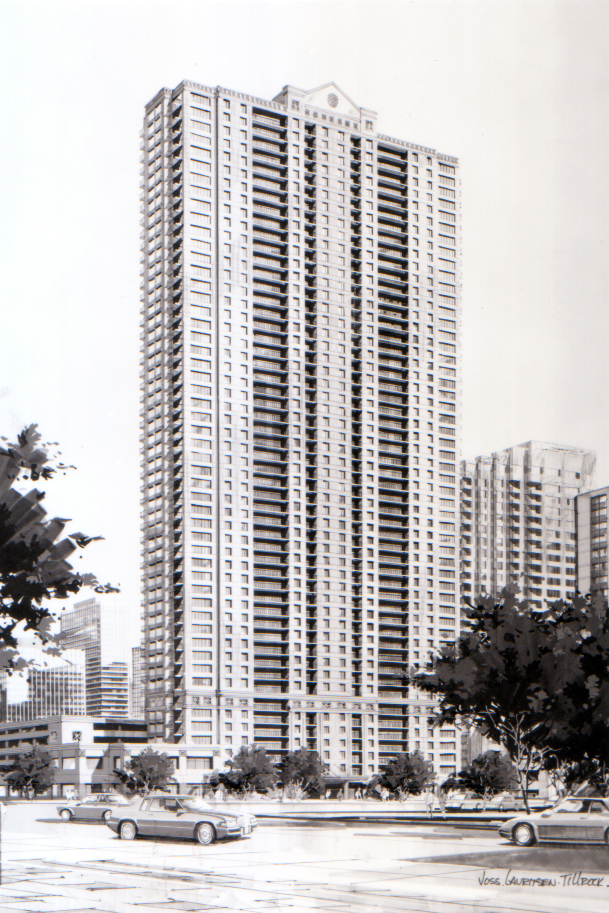 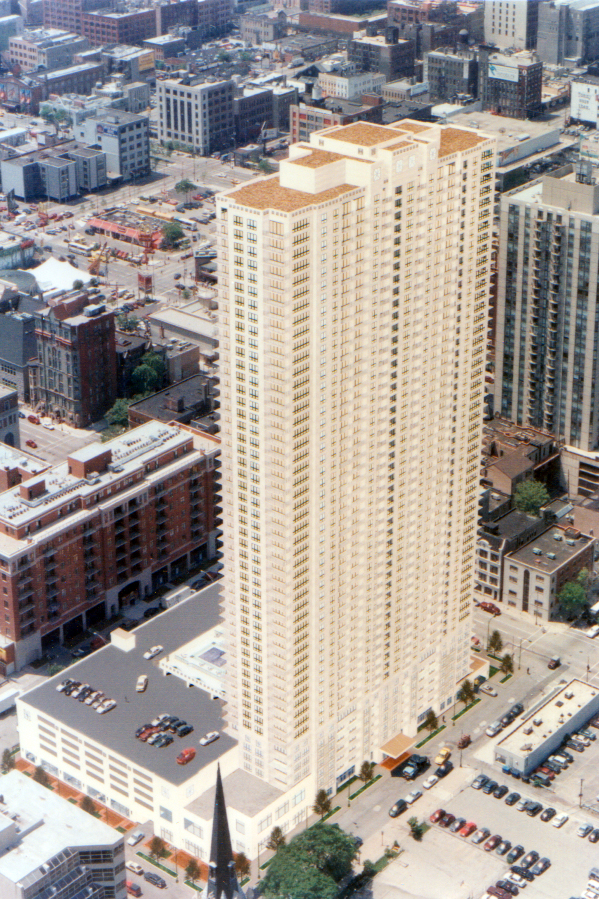 One Superior Place, one of the two most expensive rental high-rises in downtown Chicago, is up for sale, according to Crain’s.

CB Richard Ellis has started soliciting potential investors for the 52-story, 809-unit tower at 1 W Superior St in River North. Current owner Brookfield Asset Management may want as much as $260 million for the building, which “would easily be the most paid for a local apartment building since the $475-million sale of Presidential Towers in 2007,” the article says.

Upon its completion in 1999, One Superior Place (shown above and below in early renderings and construction shots pulled from the Yo archives) was the first major market-rate apartment building to open in downtown Chicago in eight years. It was designed and built by Loewenberg Architects and Magellan Development on behalf of Virginia-based Charles E. Smith Residential Realty, at an estimated cost of $112 million.

The residential portion of the project included 344 studios, 372 one-bedrooms, and 93 two-bedrooms, ranging in size from 625 to 1,200 square feet, and renting from $995 to $2,505 a month. Pre-construction marketing materials promoted features like Internet pre-wiring, in-unit laundry, balconies, and open kitchens with ceramic tile floors and granite countertops.

Along with the tower’s apartments, the project comprised 52,000 square-feet of commercial space (32,000 of which was been occupied by the River North Whole Foods Market from Day One), 799 parking spaces for residents, and 142 spaces of retail parking.

Today, Apartments.com lists the following rents for available units at One Superior Place:

Those prices put One Superior Place alongside another Magellan tower, Aqua, at the top of downtown rental rates, with an average effective rent of $2.60 a square foot, including concessions, Crain’s says.