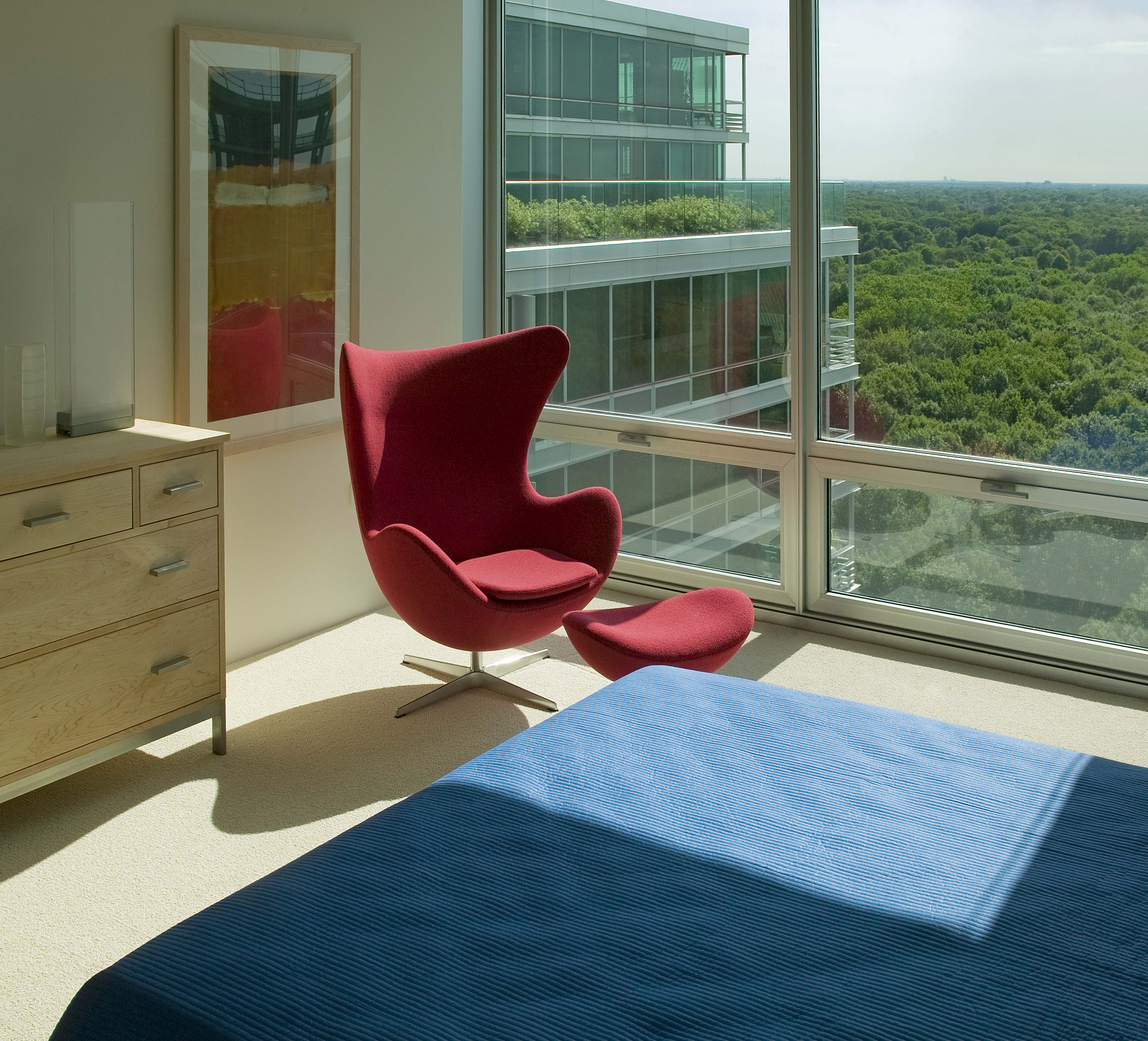 In the July issue of New Homes, Dan Schuyler talks to Andy Zajac, Optima’s vice president of sales, about the project’s one-of-a-kind design.

Designed by its developer, David Hovey, the buildings – the Maple, the Oak, and most recently, the Elm – exude a multitude of forms and shapes, the result of Hovey’s ingenious blend of art and architecture and the minimalist style that he developed as a student of Mies Van Der Rohe at the Illinois Institute of Technology.

“There is no doubt that the design of the project is one of its main attractions,” says Andy Zajac, vice president of sales and marketing for Optima. “Mr. Hovey has created a high-rise complex in the suburbs that has no competition. When you couple that with views that extend 25 miles to the west over the forest preserve and all the way to Lake Michigan and the Chicago skyline to the east, you have an unbeatable combination.”

Each Optima tower features such common amenities as a two-story fitness center with a pool and spa and a two-story party room with catering kitchen. There is also an environmentally sensitive green-roof system and sky garden, a reflecting pool and fountain in a grand courtyard, and an exterior color scheme that is in harmony with the building’s natural surroundings. Heated indoor parking is also included with each unit.

Each residence has panoramic views of the city or the forest preserve. The homes are filled with natural light, the result of floor-to-ceiling windows. Units feature state-of-the-art baths and kitchens with stainless-steel appliances, gas ranges, granite counters, and designer cabinets. Window treatments and washers and dryers are included, and an optional gas fireplace is available.