Even if the rest of the building is new construction, the facade of 630 – 632 Barry won’t be changed.

Developer Dan Schwab of Barry Properties, LLC says he decided to keep the ornate brick facade after discussing the project at meetings for South East Lakeview Neighbors. The building, at 630 W Barry Ave, dates back to the 1880s, and some residents didn’t want to see a cookie-cutter development take its place, Schwab says.

“I ended up revising my plans three or four times as I went to neighborhood meetings,” he says.

The new plans for the nine-unit condo building call for the original facade to remain intact while all of the new construction will be set back behind it, according to Schwab. He’ll try to match the new parts with the antique look of the facade, he says.

Though a sign currently outside the property says condos start in the low $600s, Schwab says prices have changed after a “pre-sale period. Units will be priced from the upper $600s to the low $800s, he says. Garage or covered alley parking is included in the price. 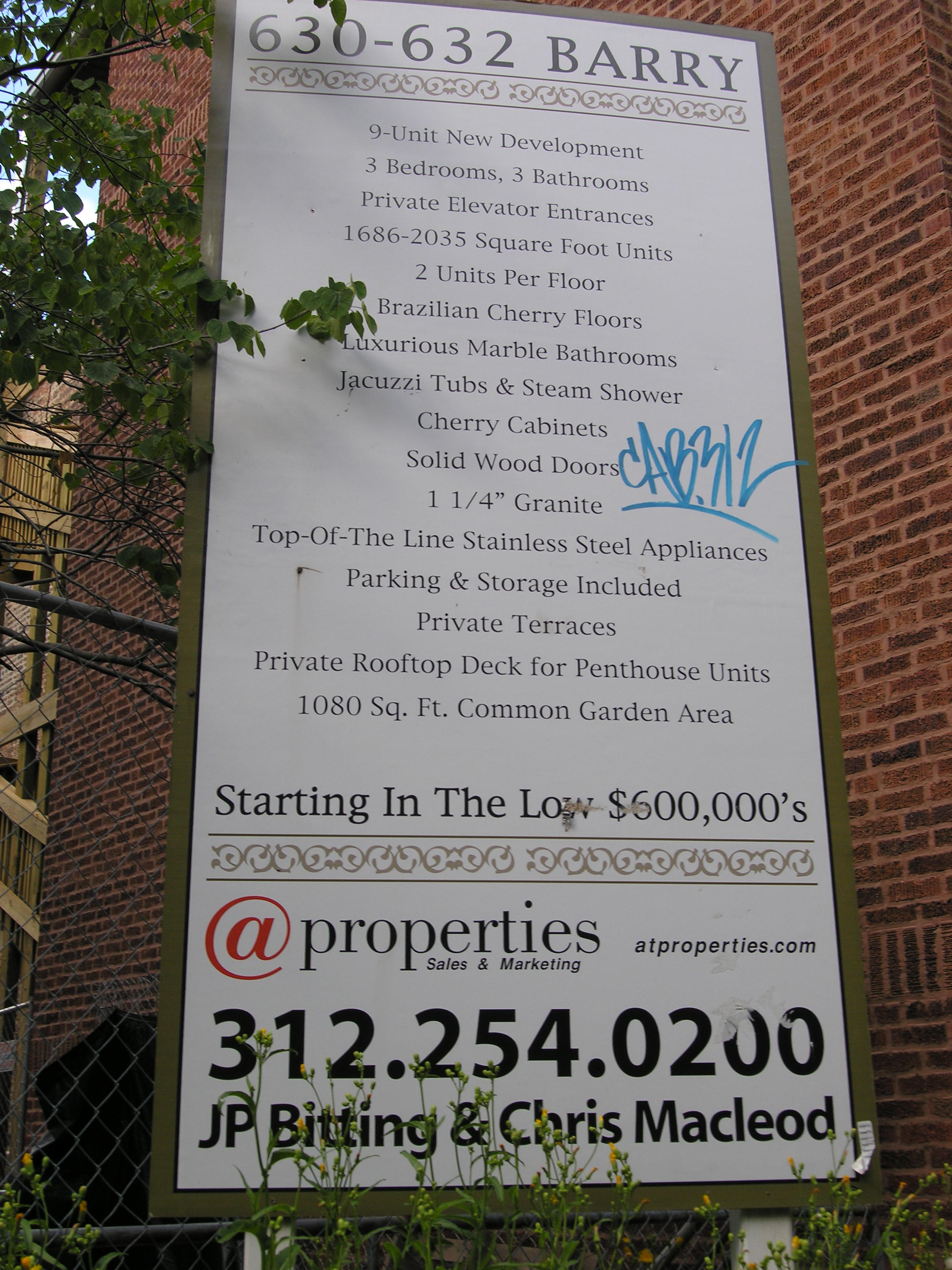 J.P. Bitting of @properties, which is marketing the project, says seven of the nine condos are available. They have three bedrooms, 2.5 or three baths, elevator entrances and 1,686 to 2,035 square feet.

We also checked out the outside of the property for our video tour of Barry Avenue.