Quote of the day: Pilsen’s Bohemian builders and Mexican preservationists 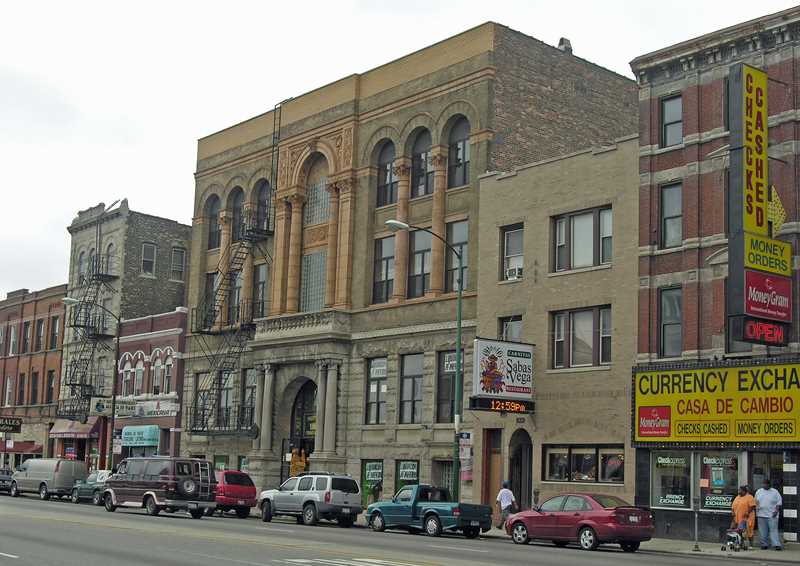 The Pilsen Historic District is bounded roughly on the east and west by Halsted St (800 W) and Western Ave (2400 W), on the south by Cermak Rd (2200 S) and on the north by the railroad embankment just north of 16th St.

It’s a large area, and if you were to traverse all of its streets in one visit you might be surprised to learn that it’s included in its entirety on the National Register of Historic Places. The rationale for its designation as a place worthy of preservation:

Pilsen has an extraordinary architectural and urban landscape created entirely by and for its newly arrived settlers. Pilsen’s Bohemian builders, who arrived in 1871, were so successful in shaping an environment suited to their needs as newly arrived immigrants that the neighborhood today retains its distinctively dense urban fabric, a characteristic that fostered the Bohemians’ creation of a cohesive community in the 1870s and the Mexicans’ continuation of this tradition in more recent times.
…
When new immigrants from Mexico began moving into the neighborhood after World War II, they adapted its distinctive features to their own needs, preserving the urban fabric created by their Bohemian predecessors while developing their own distinct institutional life and culture. By the 1960s and 1970s the languages of the streets had shifted from Czech to Spanish, but the District retained its cultural homogeneity, its social and economic autonomy, and its rich architecture and urban character.

The nomination forms for the National Register are often fascinating documents that are frequently difficult to locate online. The brilliant (and lengthy) submission for the Pilsen Historic District (pdf), the work of the University of Virginia’s Historic Preservation Program, is readily available. If you take the time to read the full document, you’ll have a better understanding of the weight of the built environment that both animates Pilsen and constrains its development.

NOTE: If you’re interested in sustainability issues in Pilsen, join me for a panel discussion on the Green Living Stage at the Chicago Green Festival, 6 p.m. Saturday May 5th at Navy Pier. Also on the panel are Hoy’s Fernando Diaz and Pilsen Alliance’s Rosalie Mancera, both of whom are Pilsen residents.