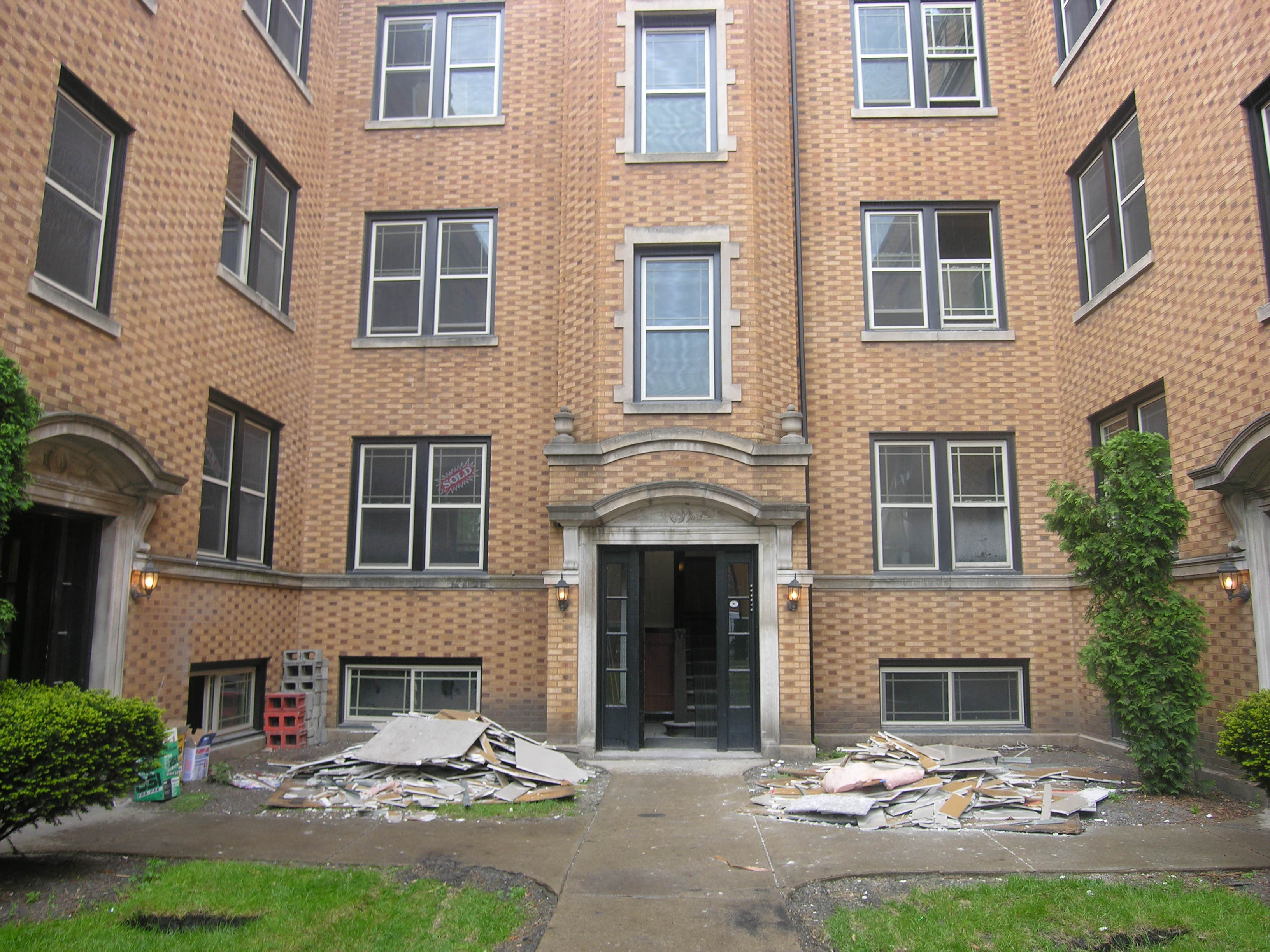 I took a rainy trek down Sheffield Avenue Tuesday afternoon to see what kind of developments are brewing on the street. 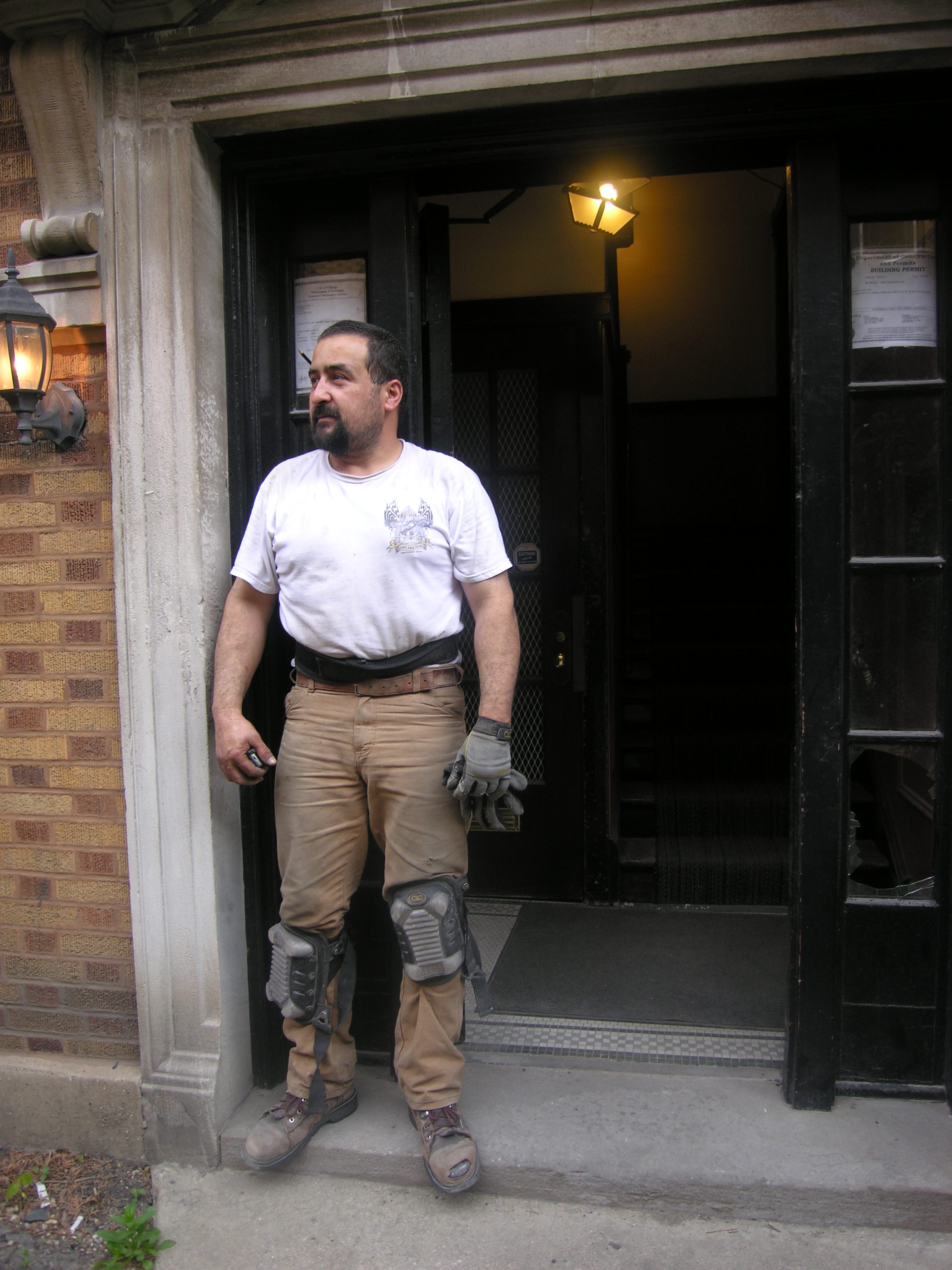 I couldn’t get inside the model unit just yet, but from the outside, the building looks like a pretty brick rehab (it was formerly an apartment complex) with a decent-sized courtyard. Sheffield Condo Living will include 31 units, including studios and one-, two- and three-bedrooms.

According to Richard Wright of Lyonhart Group, which is marketing the project, the units are 40 percent sold. The prices range from the $190s to the $380s.

I then headed south to a new-construction project at 3414-3418 N Sheffield. The exterior of the four-story building, which has retail space on the ground floor, appears to be complete. 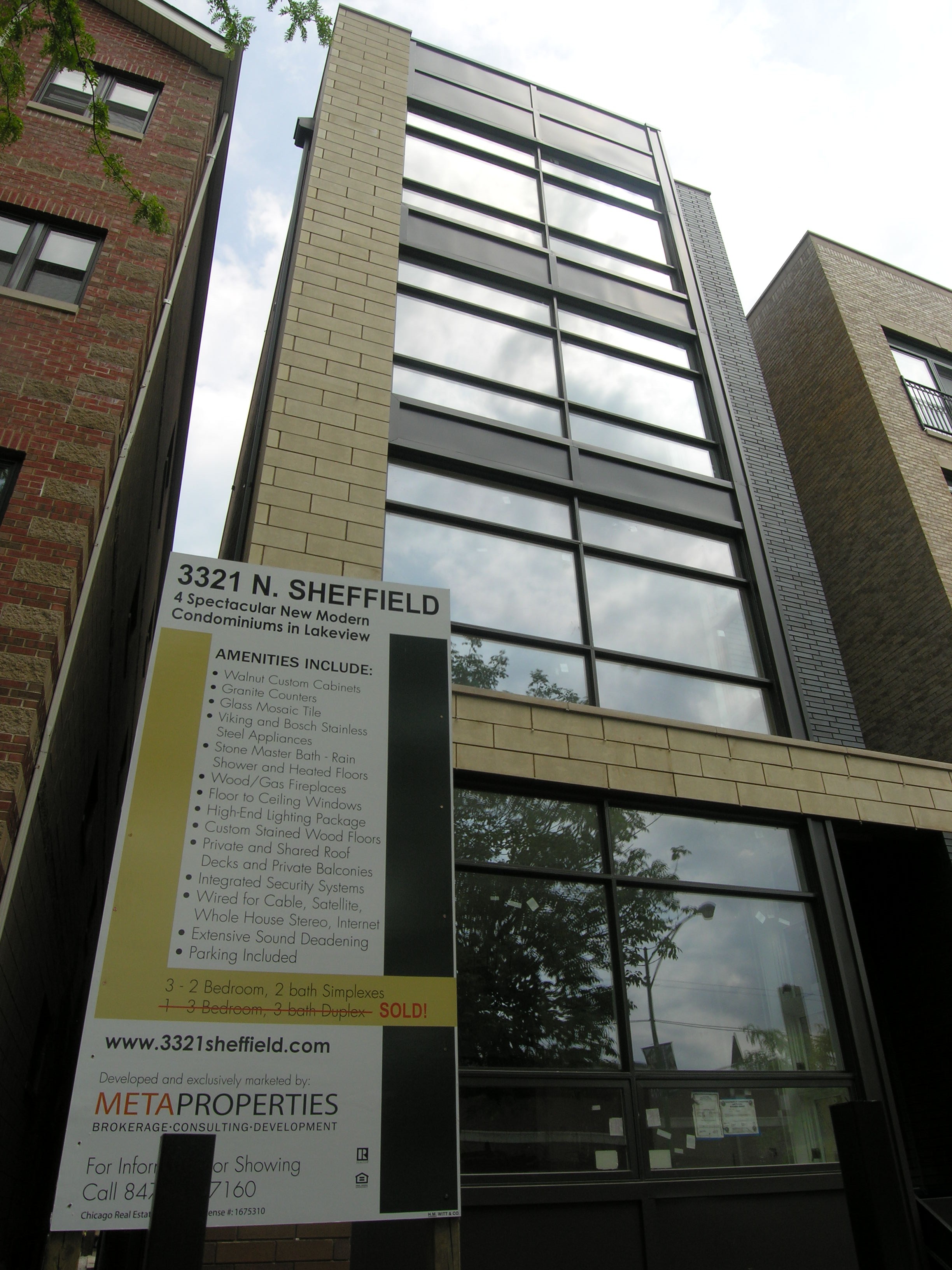 There are nine units available including two- and three-bedroom condos from the $490s to the $570s, according to Jessica Zogby of Cornerstone Properties. A sign outside said the “extra-wide” units have access to a rooftop deck. Open houses are every Sunday from 11 a.m. to 1 p.m.

About a block away, construction workers were banging away inside 3321 N Sheffield, a contemporary four-unit complex that features granite counters, oak floors in the living areas and stone floors in the bathrooms. The three-bedroom, three-bath duplex has been sold, but there are three two-bedroom, two-bath simplexes available from the $420s to the $440s, according to the project’s Web site.