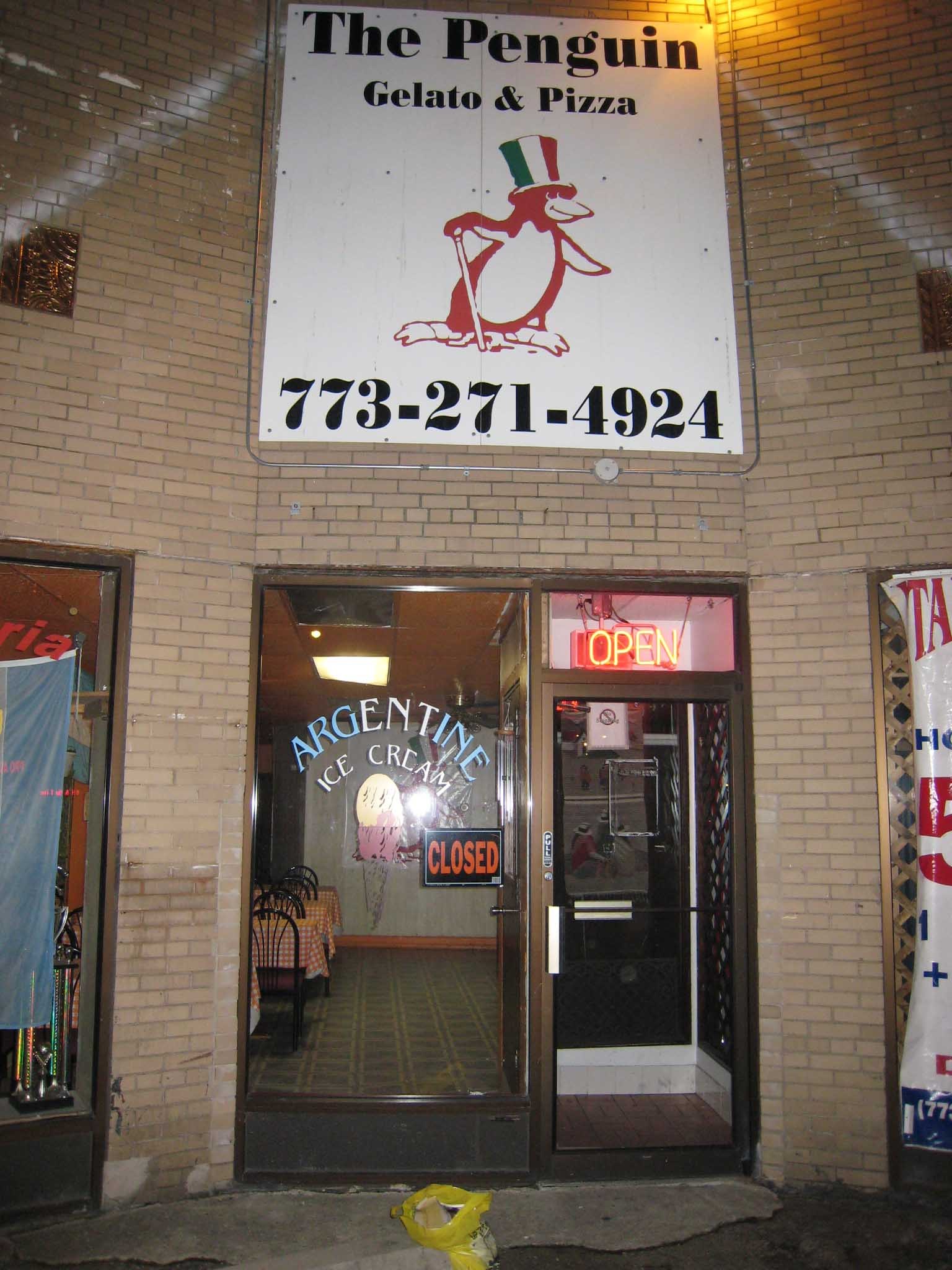 Remember the other night, when you and your buddies were trying to find a place to eat? One wanted Indian, the other wanted Mexican and you wanted Argentine gelato? Well, we’re told there’s only one place in the city to get it, and that’s The Penguin, 2723 W Lawrence Ave, in Ravenswood Manor. We too were wondering why the penguin on the sign was wearing a top hat with an Italian flag on it instead of an Argentine one — apparently, the shop’s signature treat is described by its owner as a combination of Argentine ice cream and traditional Italian gelato. They also serve pizza. Check out some more nighttime pictures of Ravenswood Manor’s commercial district along Lawrence Avenue. 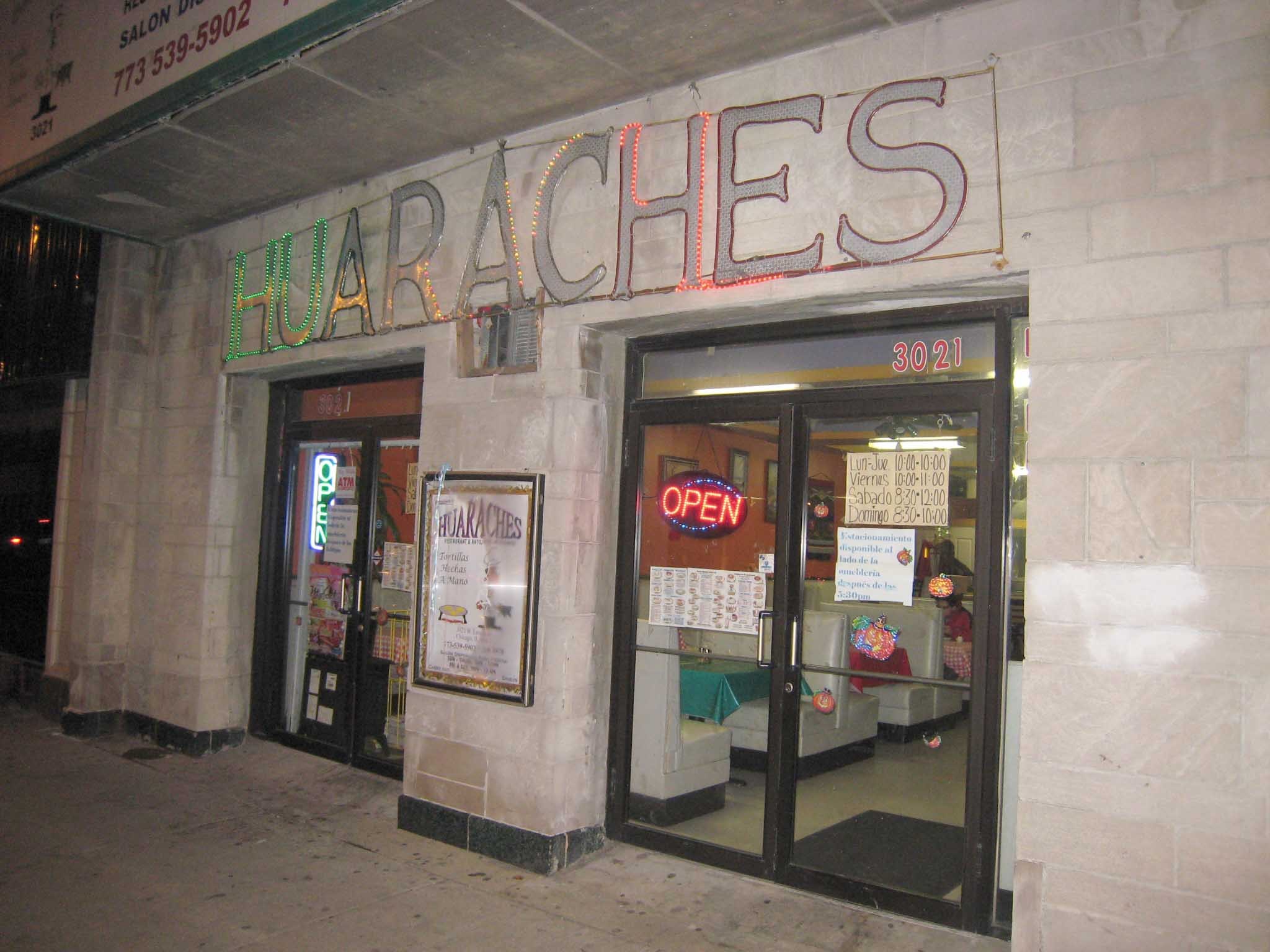