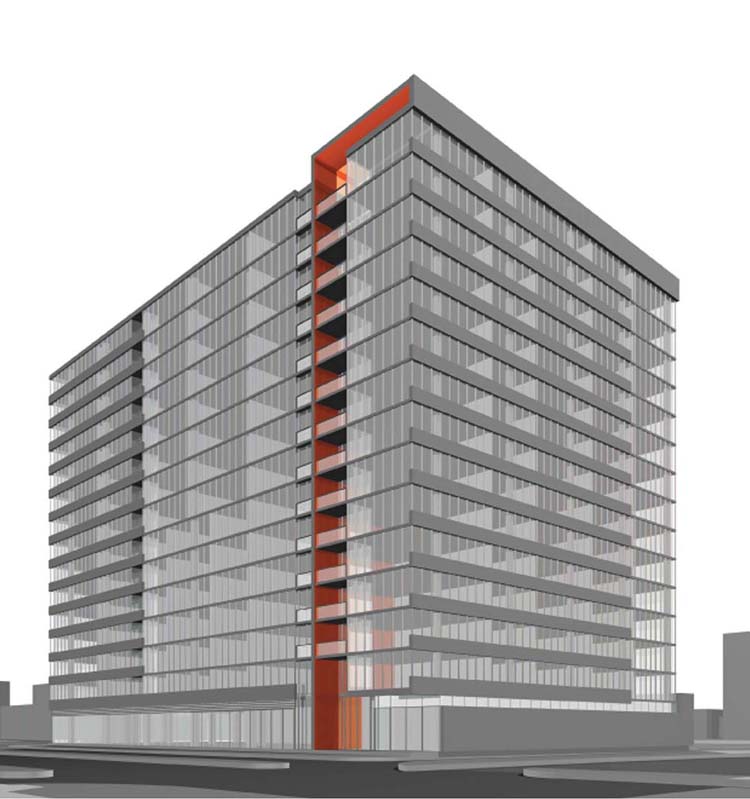 “We were surprised. We’ve been getting about 40 percent empty-nester buyers, which is higher than we expected,” he said. Stein attributes the early rush to the likelihood that empty nesters plan ahead and can afford to buy, but whatever the explanation, the numbers go a long way toward dispelling the myth that they only have eyes for staid, retro-minded architecture.

The 15-story building was designed by Brininstool + Lynch, whose recent residential projects include the ultra-modern high-rises at 1720 S. Michigan Ave. and 1845 S. Michigan Ave., and Stein thinks both the design and location of R+D659 have been its biggest draws.

“With the West Loop being more trendy, having more art galleries and nightlife, we felt it was the right place to go for a very contemporary building that would be differentiated from most of the other stuff that’s out there,” Stein said. “There are a lot of older loft buildings [in the West Loop], but Skybridge is right across the street, and in certain respects I think the buildings are going to have an architectural dialogue with one another.”

The 236-unit building has condos with one to three bedrooms, and the building’s second-floor amenity level includes an outdoor pool and sundeck landscaped with prairie grass and a Japanese-themed garden. The building also will have a 13,000-square-foot retail area on the ground floor, and Stein says Mesirow is in talks with a pharmacy, restaurants and soft goods retailers about filling the space.

The previous building on the site, the Catholic Charities headquarters, has been demolished, and Stein said Mesirow anticipates a February ground-breaking and first deliveries in May 2008. A sales center and furnished model are located at 626 W. Randolph St.