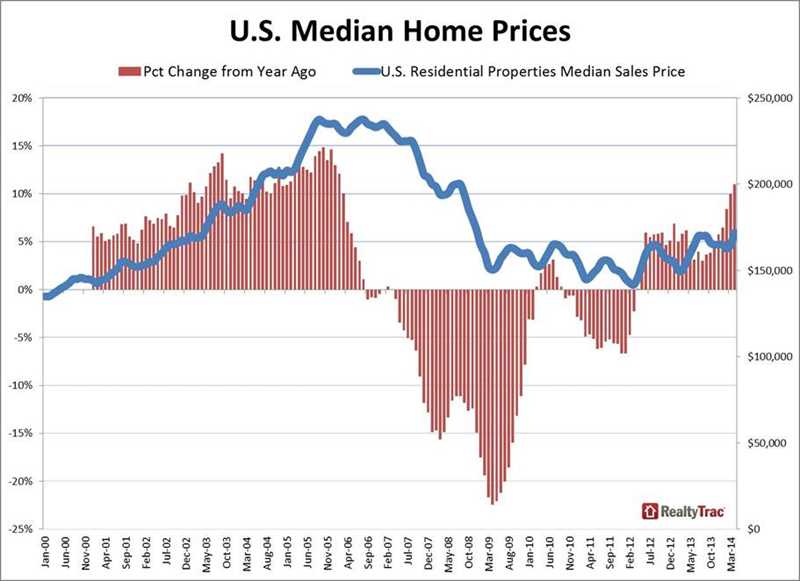 According to RealtyTrac data, the median sales price of U.S. residential properties — including both distressed and non-distressed sales — was $172,000 in April, an increase of 4 percent from the previous month and an increase of 11 percent from April 2013 — the biggest year-over-year increase since U.S. median prices bottomed out in March 2012.

“April home sales numbers are exhibiting the continued effects of low supply and still-strong demand that exist in many markets across the country,” said Daren Blomquist, vice president at RealtyTrac. “Annualized sales volume nationwide decreased on a monthly basis for the sixth consecutive month and the 4 percent annual increase in April was the lowest year-over-year increase so far this year. Meanwhile median home prices nationwide increased to the highest level since December 2008.

“U.S. median home prices have now increased 21 percent since hitting bottom in March 2012, although they are still 28 percent below their pre-recession peak of $237,537 in August 2006,” Blomquist continued. “There are a surprising number of markets, however, where median home prices have surpassed their previous peaks since the Great Recession ended in June 2009.”