Remnants of the boom in River North 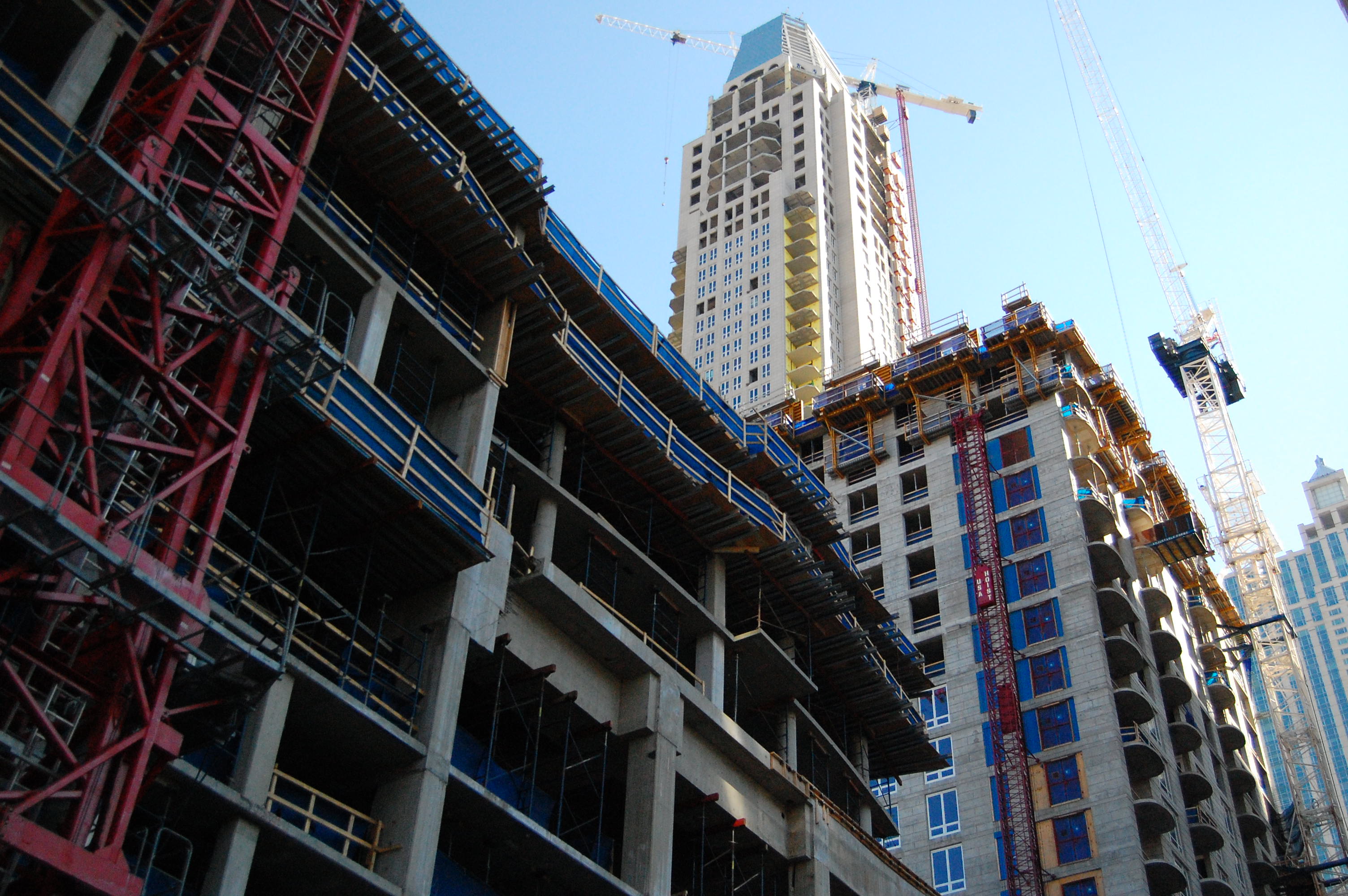 “I thought there was no more money!” a delivery man shouted in my direction while I was taking the above photo this morning. It’s been well documented that building loans are scarce, and in many parts of the city, construction is winding down, but the block of State Street between Walton and Delaware still feels like the go-go days of the high-rise boom.

The three developments in the above photo — Walton on the Park, Ten East Delaware and Elysian Hotel and Private Residences — are all in different stages of construction.

Ground broke on the first of Walton on the Park’s two towers (at left and in the foreground above) more than a year ago, but fewer than 10 stories have been erected, partly because workers have taken care not to disturb the Red Line subway, which runs beneath the project. The first tower, located at 2 W Delaware Pl, will have 31 stories when completed.

Construction began in 2007 on Ten East Delaware (at right in the above photo), and about half of the building’s 35 floors have been poured. As @properties agent D. Waveland Kendt told me in December, deliveries in the Lucian Lagrange-designed building, located at 10 E Delaware Pl, are scheduled for December of this year.

Elysian, the 60-story tower at 11 E Walton Pl, was topped off back in December. Workers are adding windows and balcony railings to the Lagrange-designed tower and capping it off with a mansard roof. 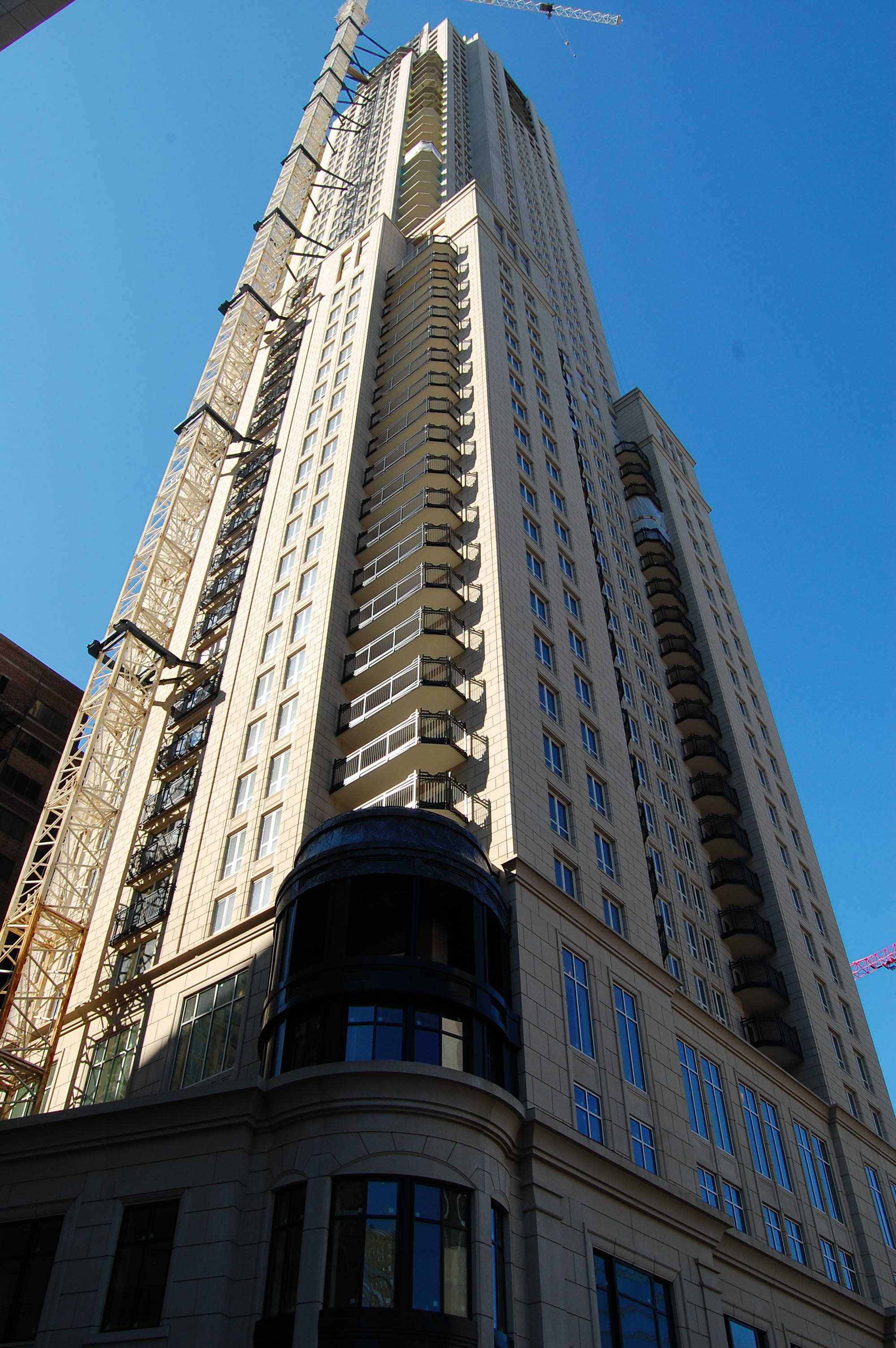 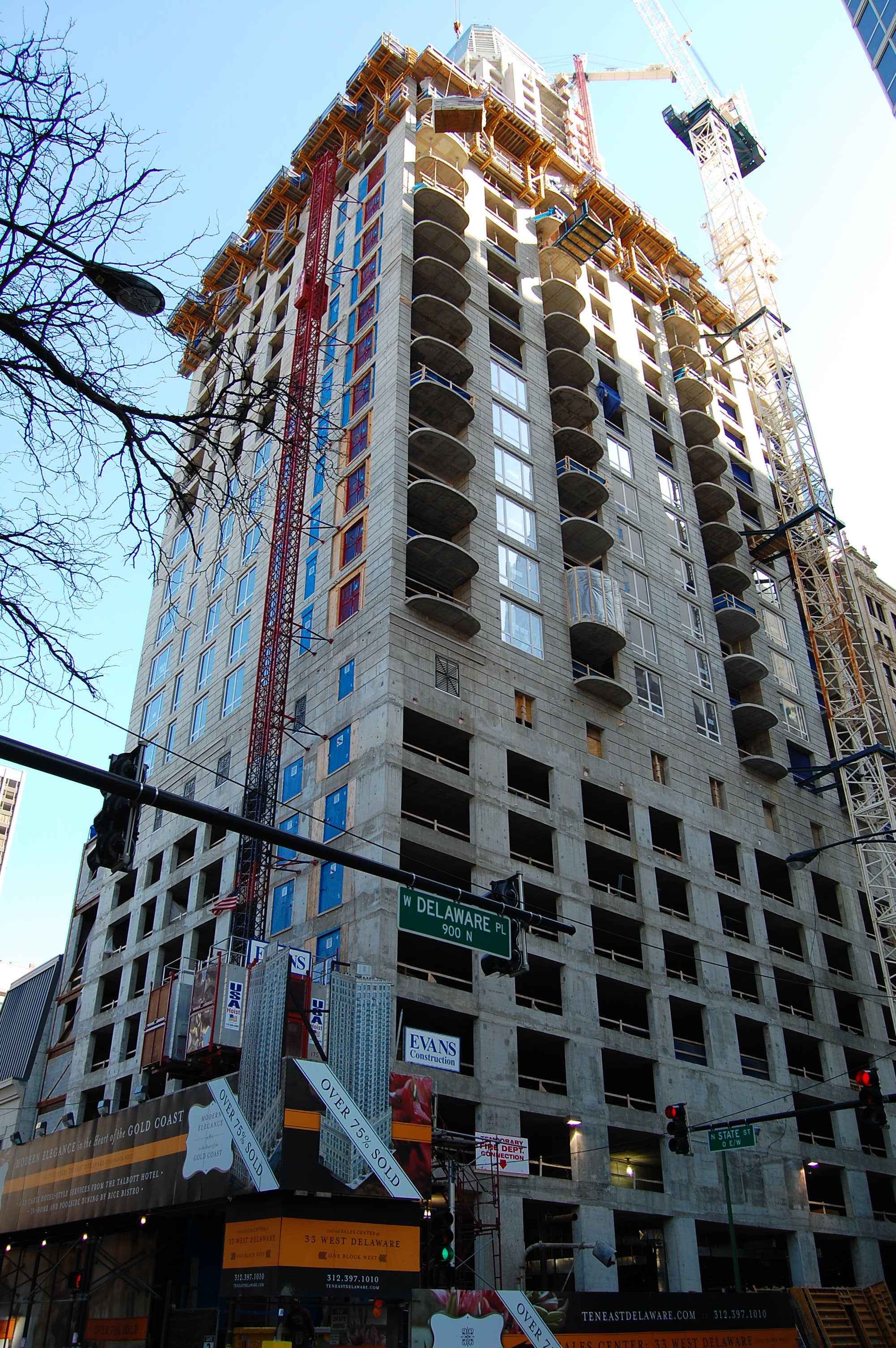 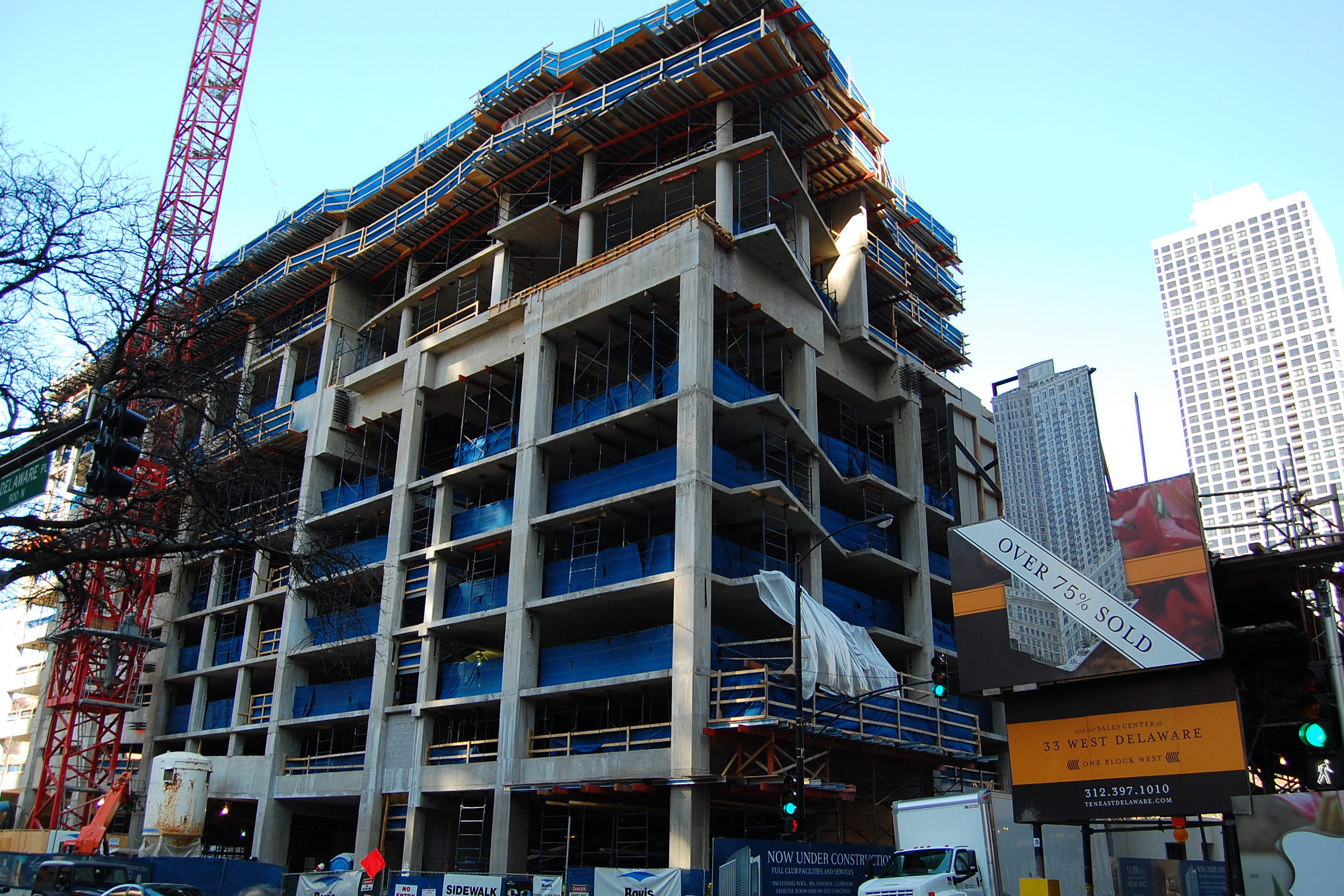