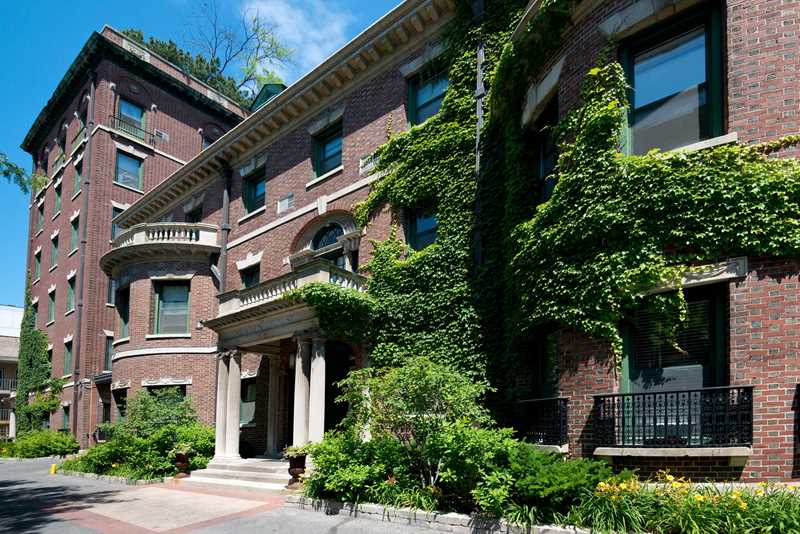 Reside on Wellington is a 90-unit apartment complex at 510 W Wellington Ave in Lakeview East.

510 W Wellington was originally a 26-room home built in 1900 and designed by W.A. Otis. The home was the Chicago residence of Frederic A. Delano, an uncle of Franklin Delano Roosevelt. It was purchased in the early 1920s by The Bethany Girls, a religious organization that added the 6-story building to the west of the home as a residence for young women and as its national headquarters. The building was later converted to apartments.

The complex was acquired by an affiliate of Reside Living several years ago and has since had a major makeover.

Reside on Wellington has a mix of studio and 1-bedroom apartments. Studios range in size from 326 to 449 square feet and 1-bedrooms from 538 to 737 square feet. Floor plans and availability are accessible online.

Apartments have hardwood floors and designer lighting. Some of the apartments have fireplaces. Residents can take advantage of Reside’s “accent wall” program to expand their space visually with color. 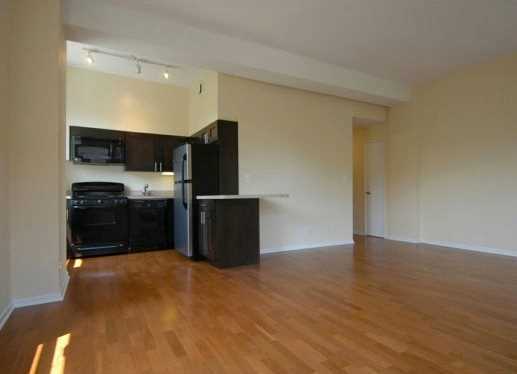 Kitchens and baths have been updated.

The apartments have efficient layouts with little space lost to travel paths, and they typically have good closet space.

Like most vintage buildings, Reside on Wellington has a limited suite of common-area amenities. 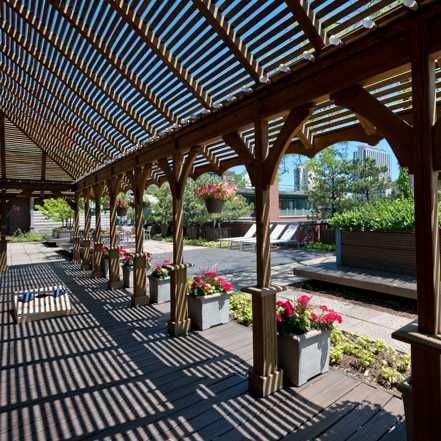 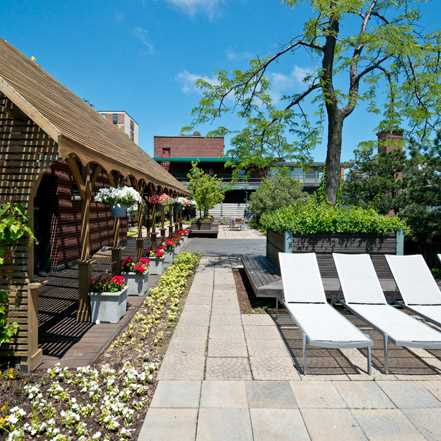 Outdoor space is very limited at most Lakeview East buildings, making the sundeck at Reside on Wellington a welcome oasis.

The building has a laundry room and a bike storage area. A limited amount of parking is available on-site. Reside on Wellington is pet-friendly and smoke-free.

Reside on Wellington is on a quiet, one-way residential street in Lakeview East, just steps from a lively stretch of Broadway. 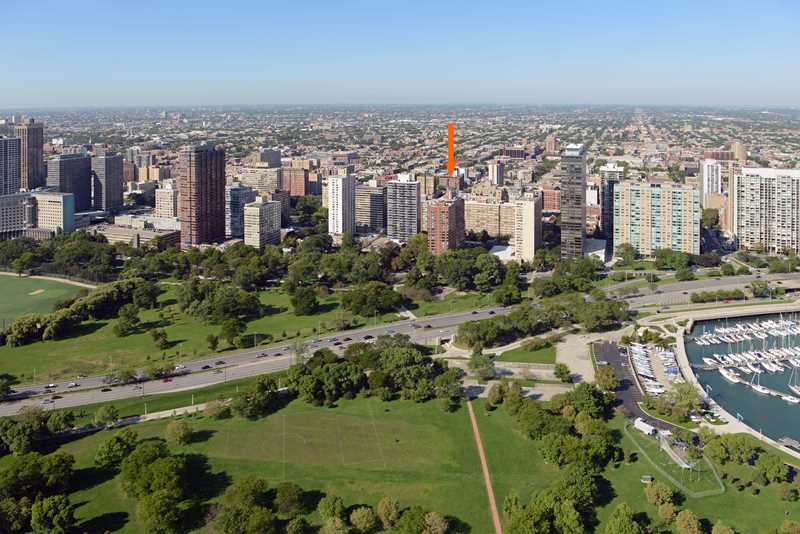 The location has good access to shopping, dining, nightlife, parks and public transportation. Saint Joseph and Advocate Illinois Masonic hospitals are both within easy walking distance.

Shopping. Reside on Wellington has good proximity to grocery shopping and pharmacies. 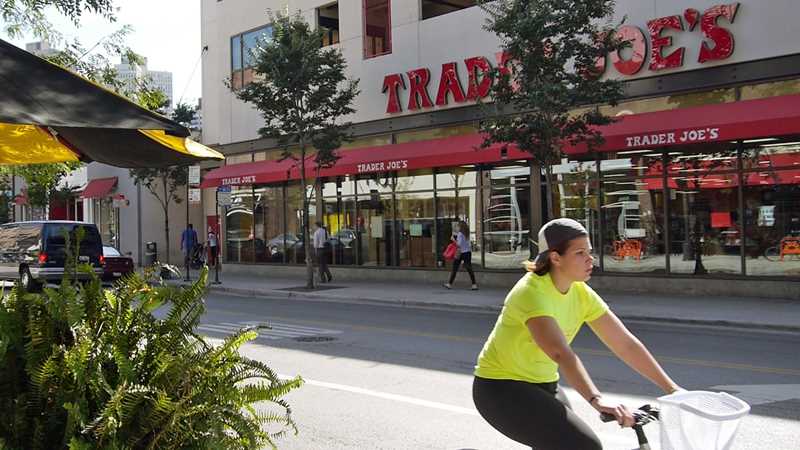 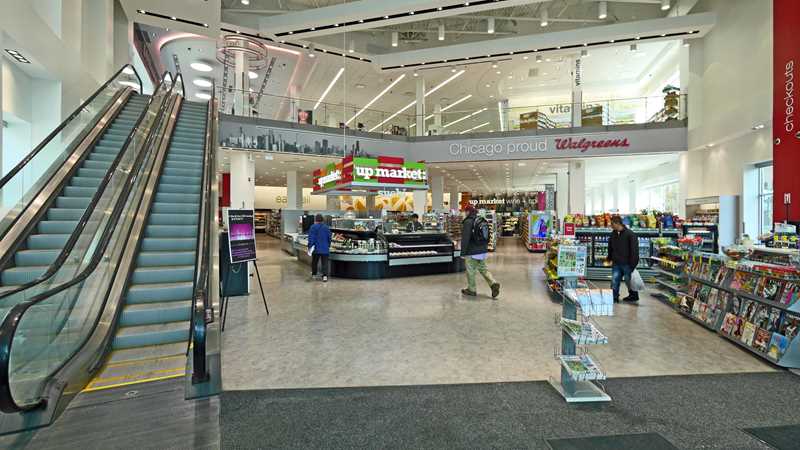 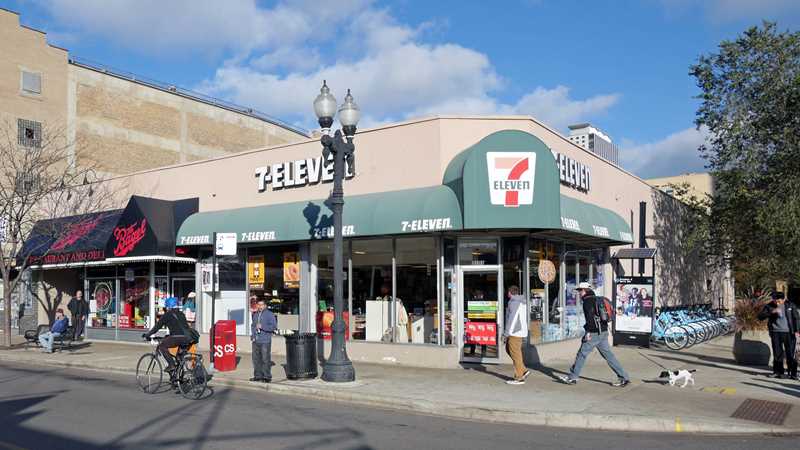 A CVS pharmacy and a 7-Eleven convenience store is around the corner and a short block north. 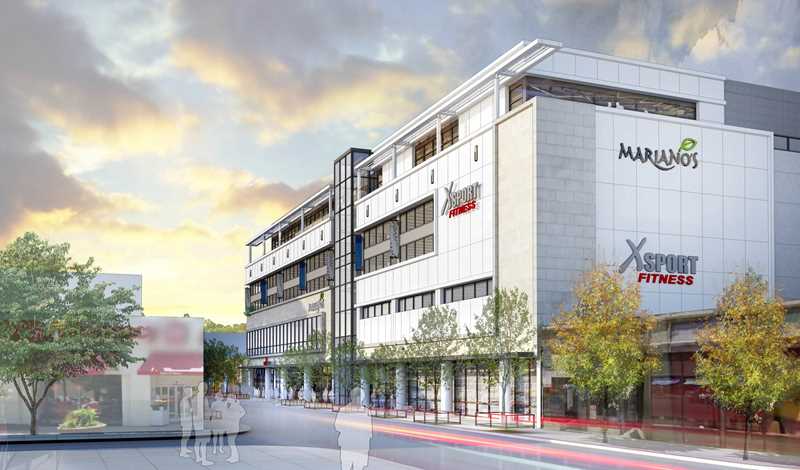 Construction is underway for a new Mariano’s across Broadway from CVS. The Mariano’s is slated to open in 2016. 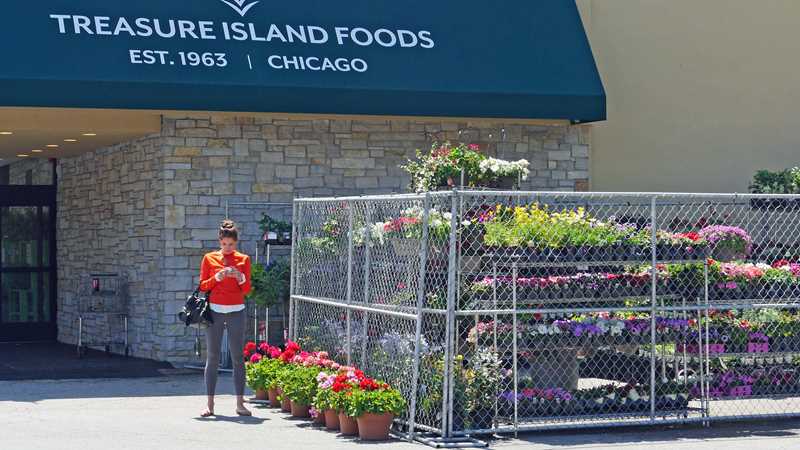 Jewel and Treasure Island supermarkets are a few blocks north on Broadway.

Anyone setting up housekeeping for the first time will appreciate having Bed Bath & Beyond, Affordable Portables and more options a few short blocks away.

Dining, nightlife, entertainment.
There’s a huge variety of bars, restaurants and nightlife within a short walk of Reside on Wellington. 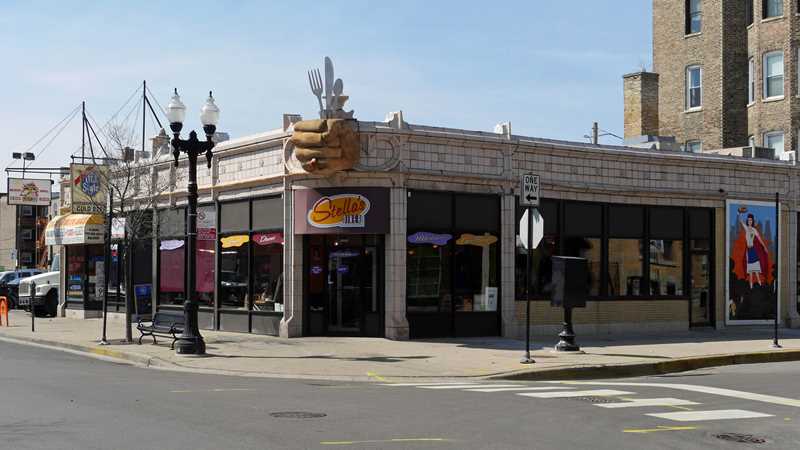 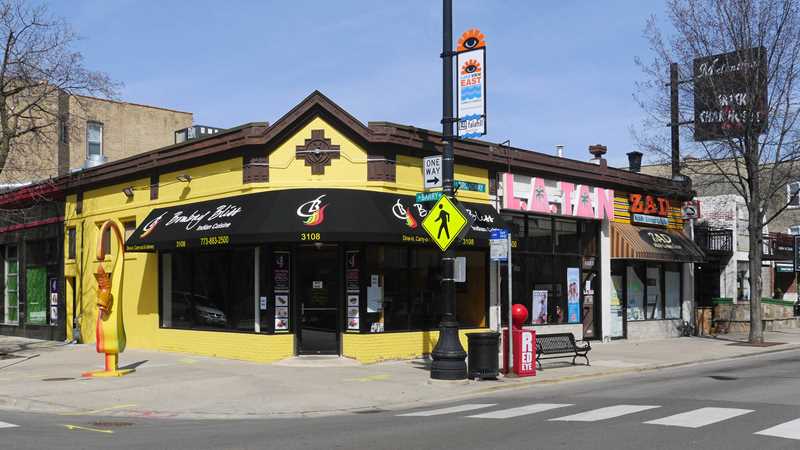 Stella’s Diner, Bombay Bliss and The Bagel are a short block north on Broadway. 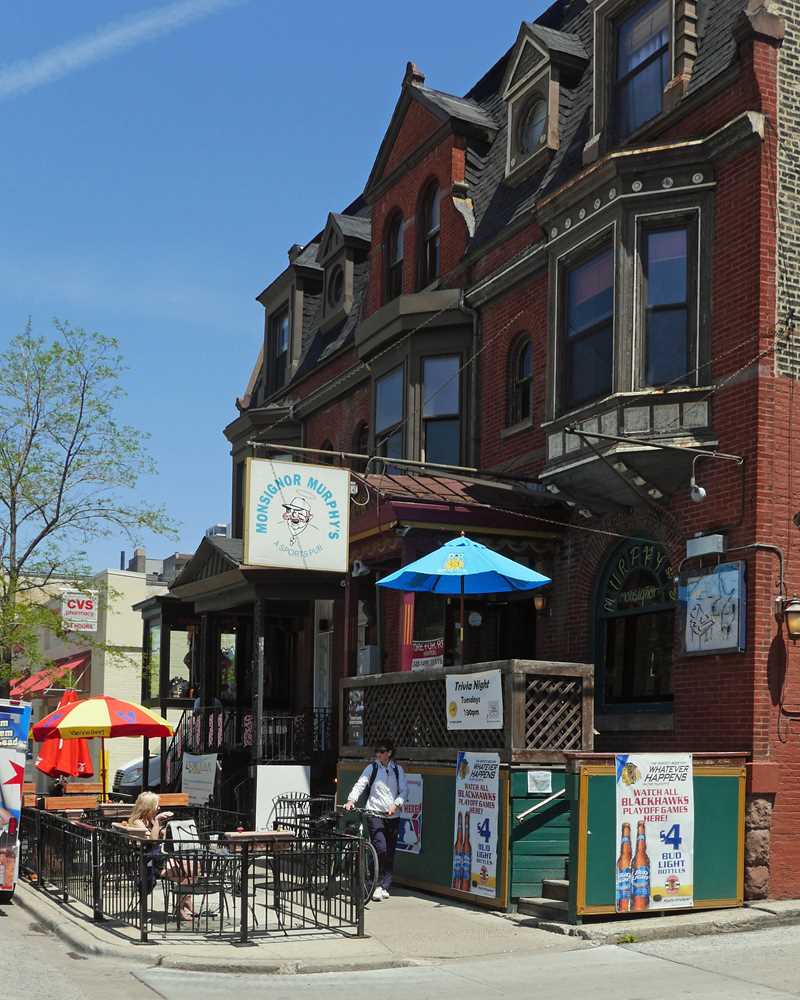 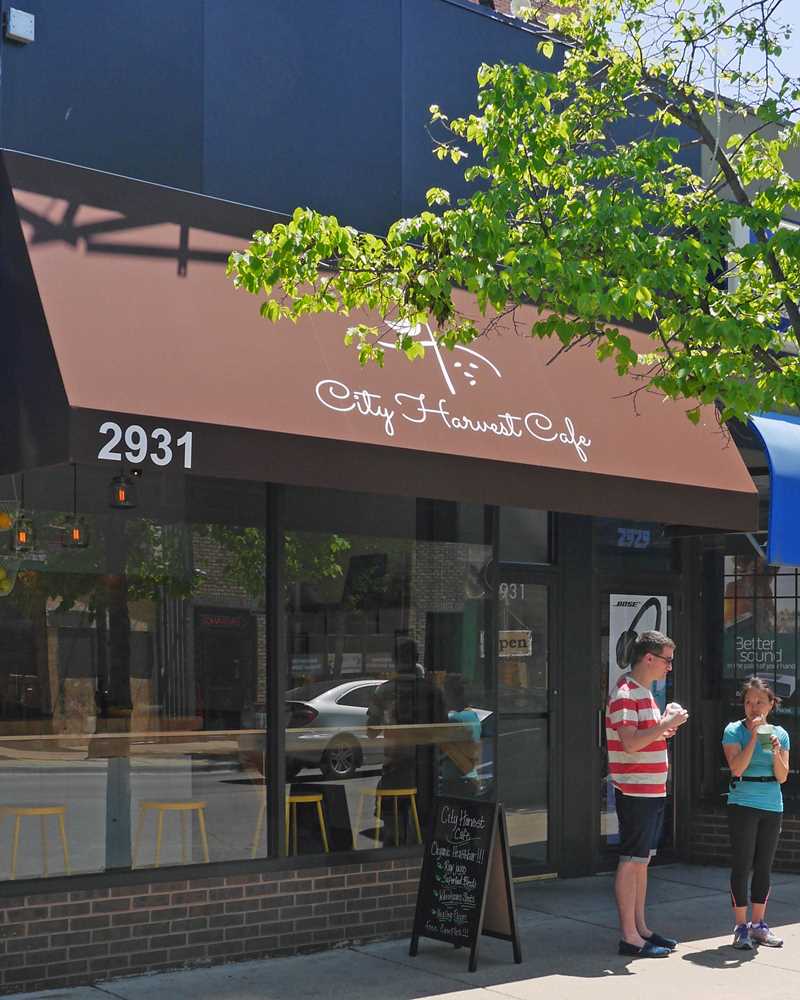 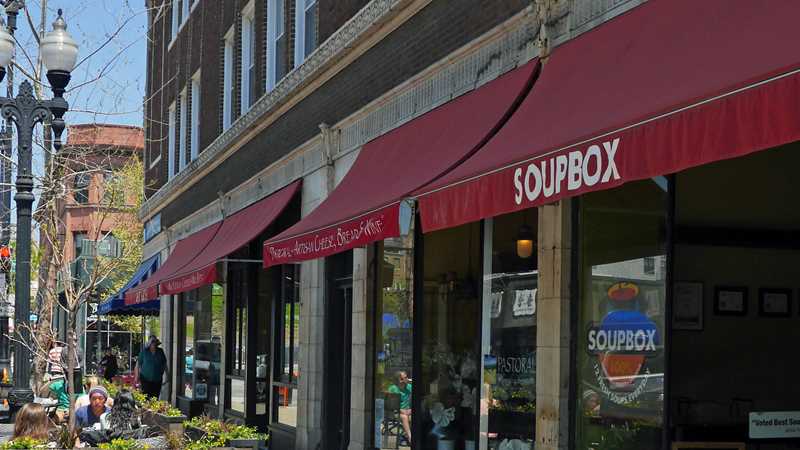 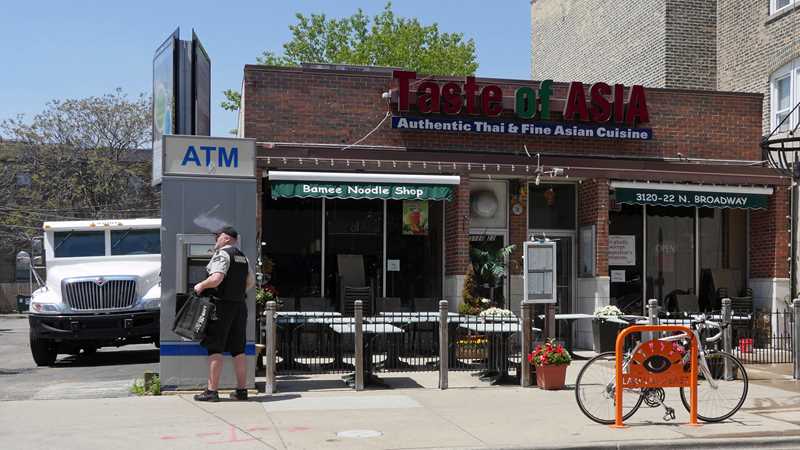 Broadway is a pedestrian-friendly strip with dozens of eateries, bars and locally-owned retail shops to the north and south of Reside on Wellington. 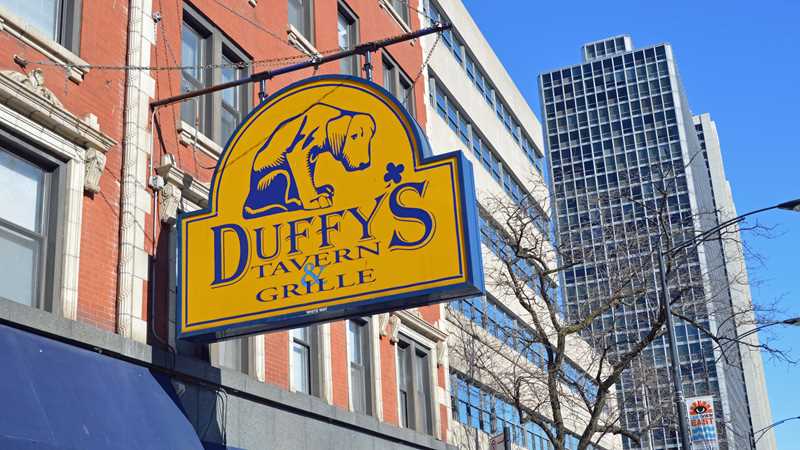 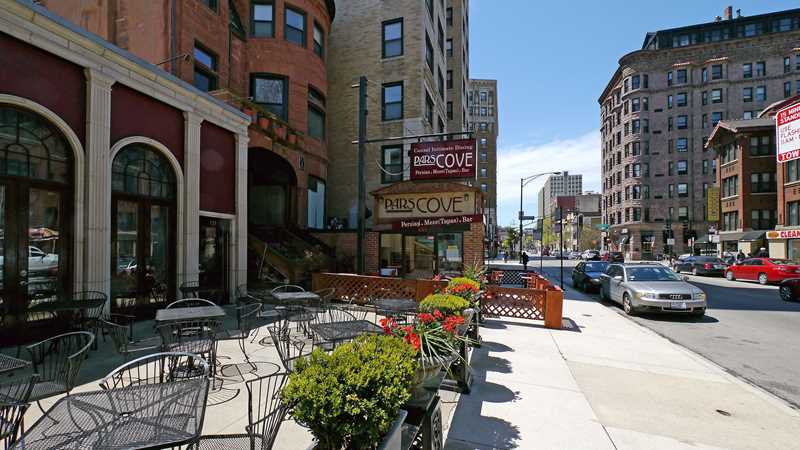 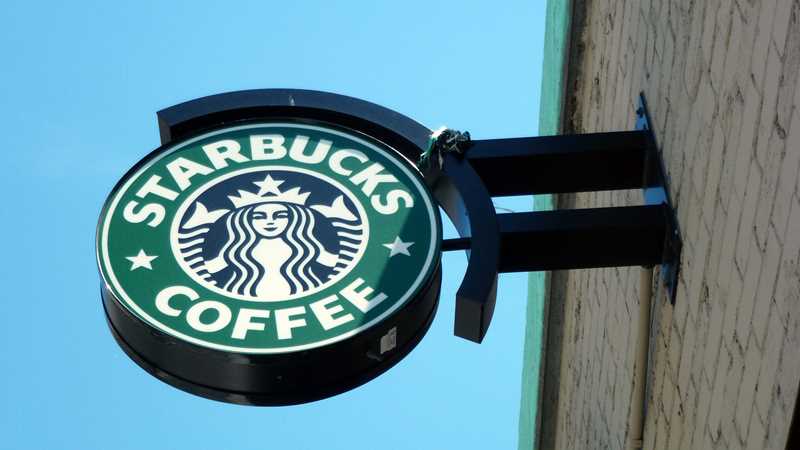 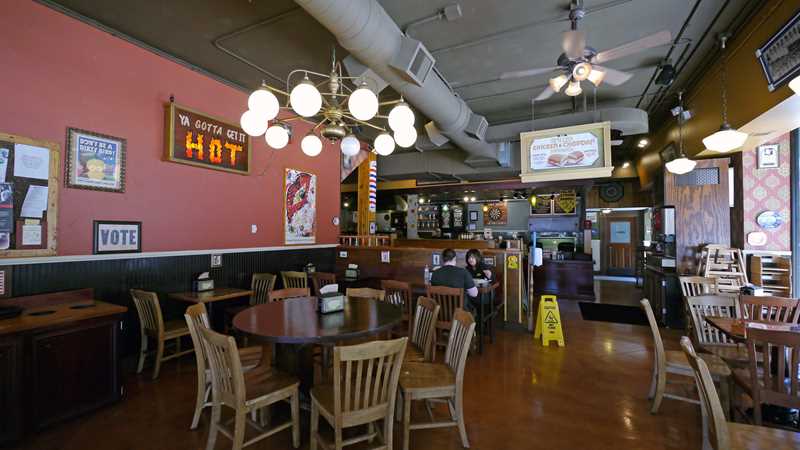 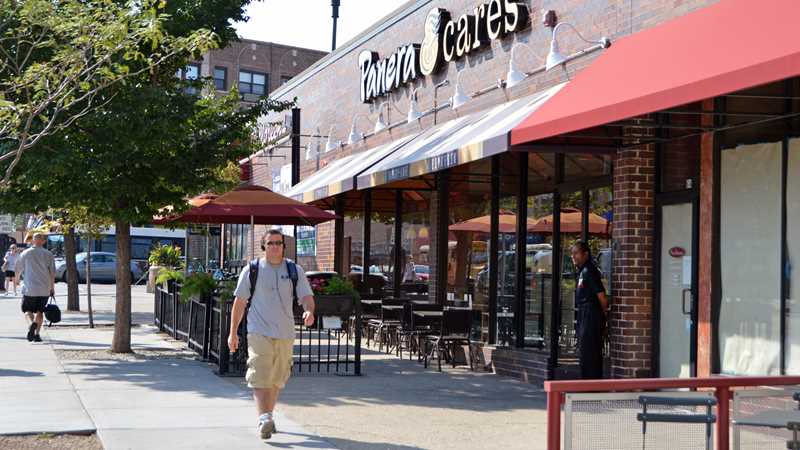 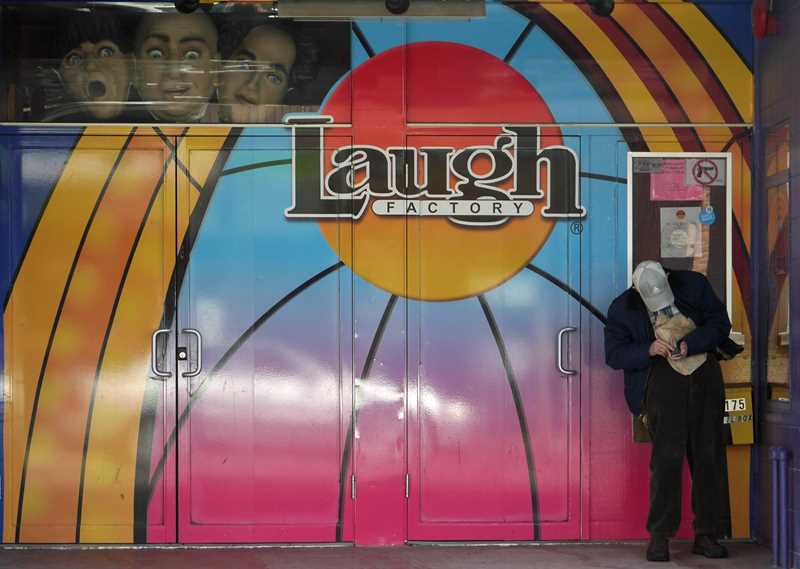 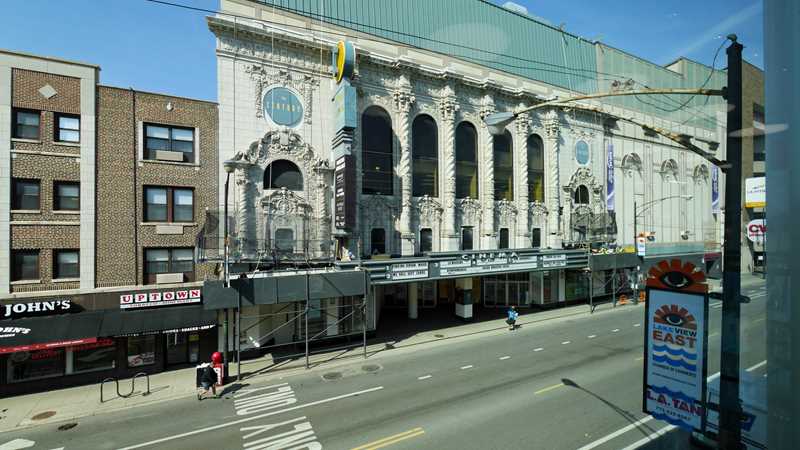 Laugh Factory is a block north of Reside on Wellington, Century Centre Cinema is a few blocks south on Clark St, and there are many more live performance venues in the nearby Belmont Theater District.

Parks, recreation.
Lincoln Park, which is a short walk east of Reside on Wellington, has too many attractions to list. 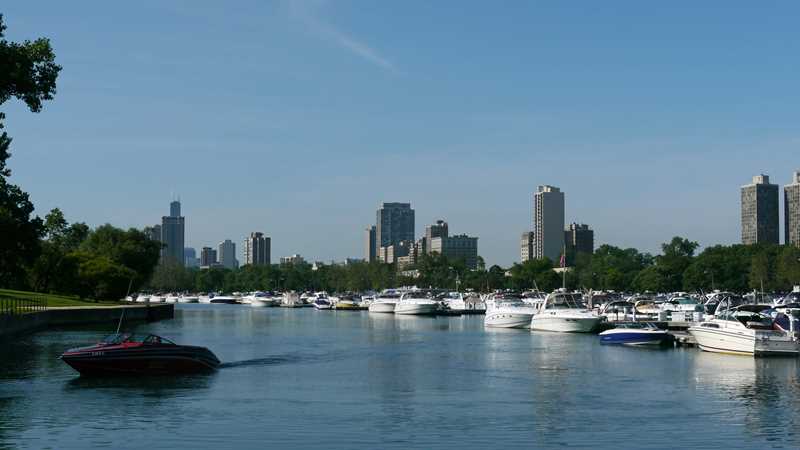 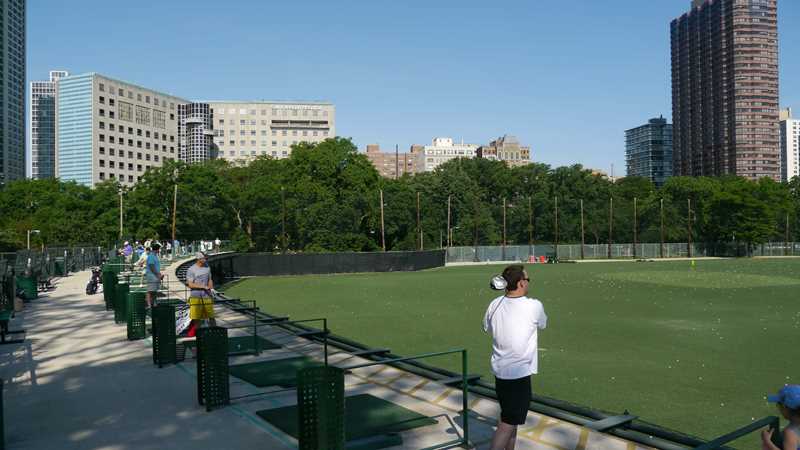 Active recreation opportunities are abundant, some of them unexpected. Fly fishing lessons, for example, are available at North Pond in the park and the golf driving range at Diversey is open year-round. There are clay tennis courts and miniature golf adjacent to the driving range. With a little bit of luck you might strike up a friendship with someone who has a boat in Belmont Harbor.

A variety of CTA bus routes traverse the area. The #36 Broadway bus line, a half-block from the property, travels into Lincoln Park, the Gold Coast, River North and the Loop. 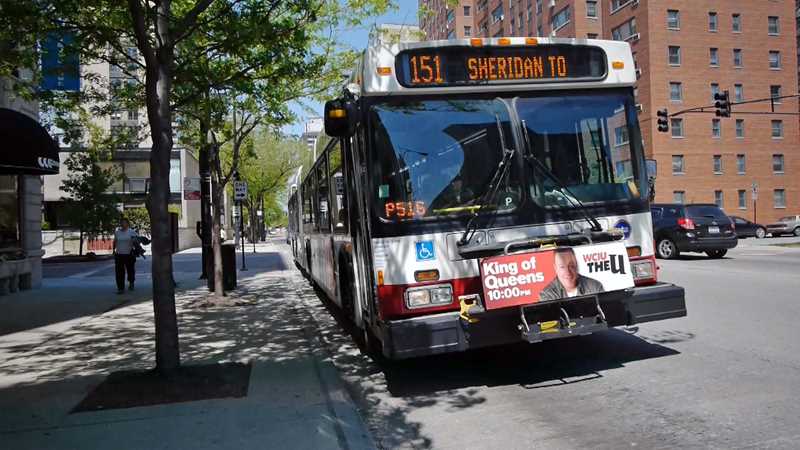 The #151 bus stops just over a block east of the building and connects to the Loop via Michigan Ave.

Taxi service is nearly always available nearby. Zipcars are on-site at Reside on Wellington and DIVVY bike stations are also nearby.

A studio with character at Reside on Wellington

A renovated 1-bedroom at Reside on Wellington

A one-of-a-kind 1-bedroom at Reside on Wellington

A terrace-adjacent 1-bedroom at Reside on Wellington

An out-of-the-ordinary 1-bedroom at Reside on Wellington