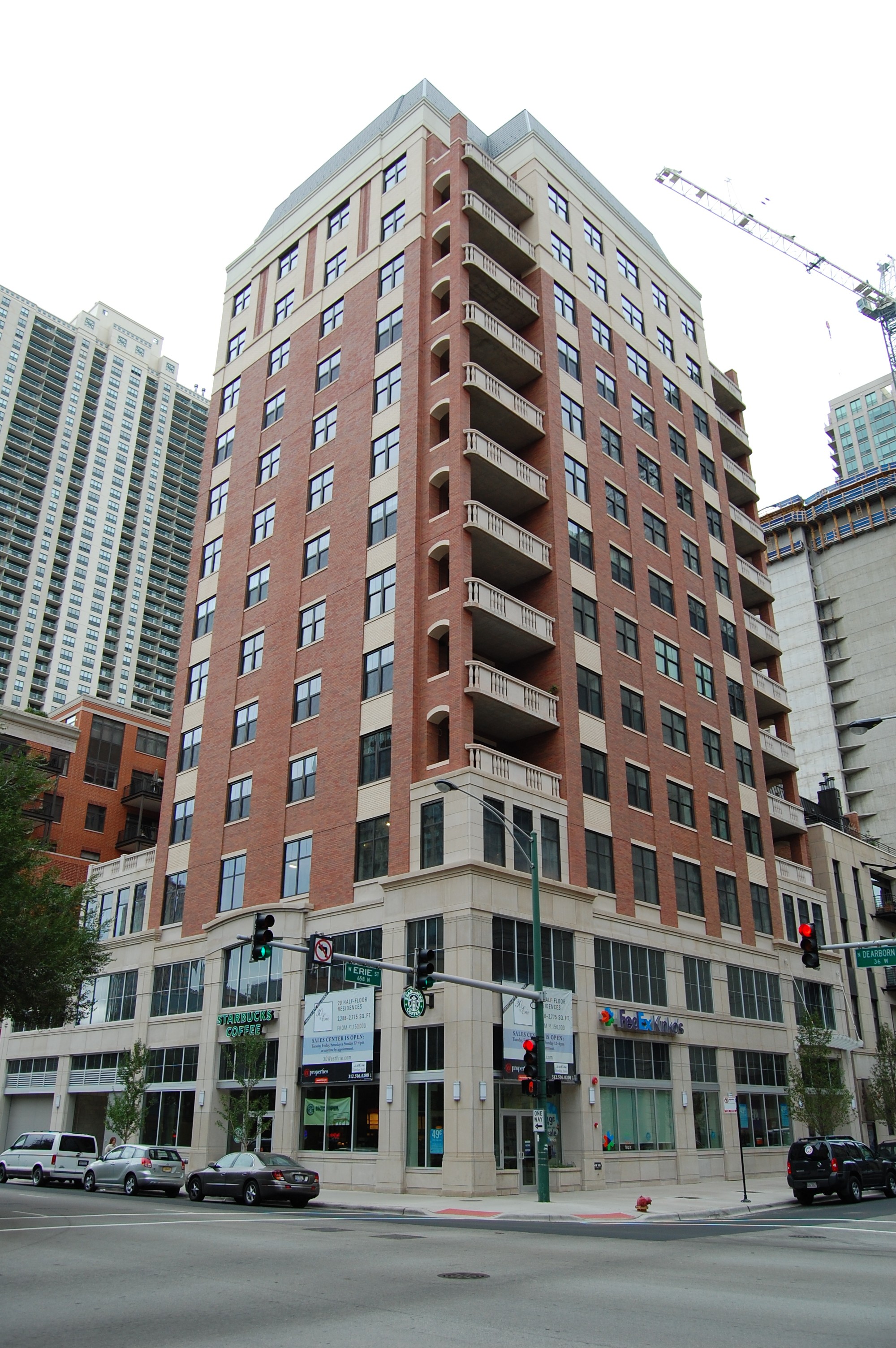 With projects in the pre-construction phase yielding little news of use, it’s probably a good time to reacquaint ourselves and some of our newer readers with the city’s “older” new-construction towers and mid-rises. Who’s behind these projects? What do the homes have going for them in the way of on-site and neighborhood amenities?

First up is a building we often pass in our walks through River North: Schillaci Birmingham Development‘s 30 West Erie, located at the northeast corner of Erie and Dearborn streets. 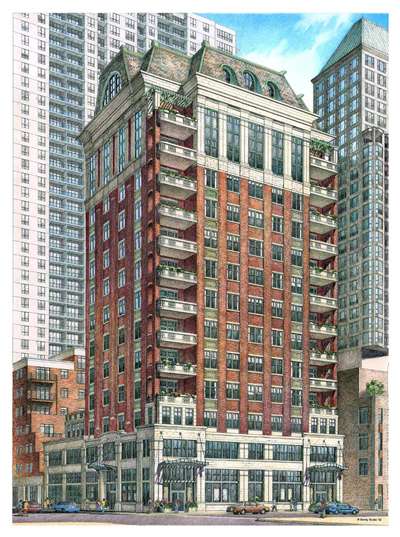 Judging by Joel’s construction photo from May 2006, Ground broke at 30 W Erie St, site of an old Amoco gas station, in late 2005 or early 2006. Buyers started moving into the building in September 2007, and by that October, the building was far enough along for Kate and our readers to express their disappointment over the developer’s execution of Hartshorne Plunkard Architecture‘s design, especially in regards to the tower’s mansard roof.

Each of 30 West Erie’s 10 residential floors has just two units, and its on-site amenities include an exercise room, a dog run, a common deck and a door staff. The Starbucks Coffee and FedEx Office occupying its ground-floor retail spaces aren’t the flashiest tenants, but as Joe Zekas suggested in an earlier discussion, they’re practical for a working homeowner.

Branching out into the surrounding neighborhood, Trader Joe’s and Whole Foods Market are just around the corner, dozens of restaurants, bars and art galleries can be found within a few blocks’ radius, and Michigan Avenue’s stores are a five-minute walk east. Two Red Line stations – Chicago to the north and Grand to the south – are just three or four blocks away, and the Brown Line stations at Chicago and Merchandise Mart can be reached by foot in 10 to 15 minutes. 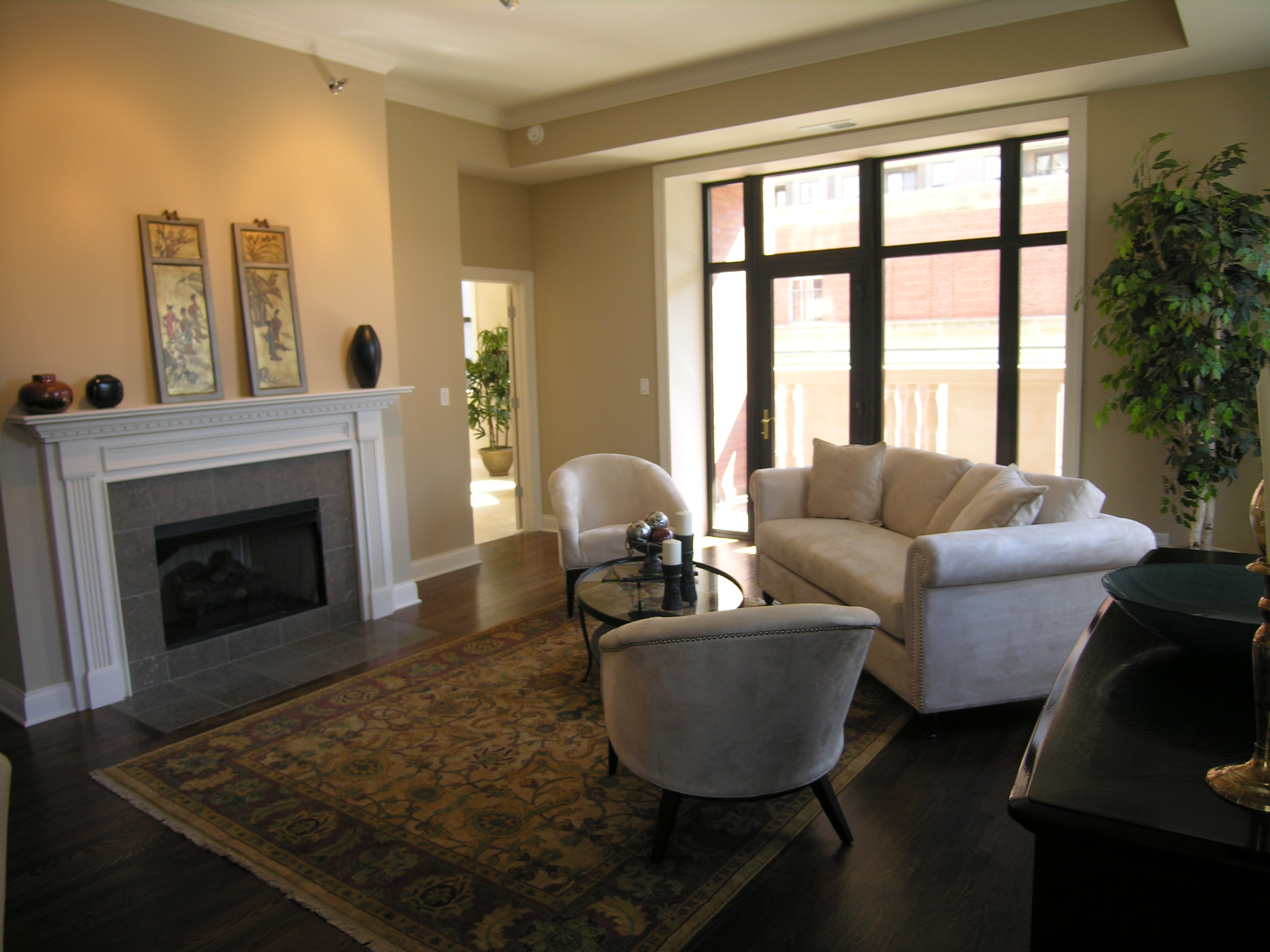 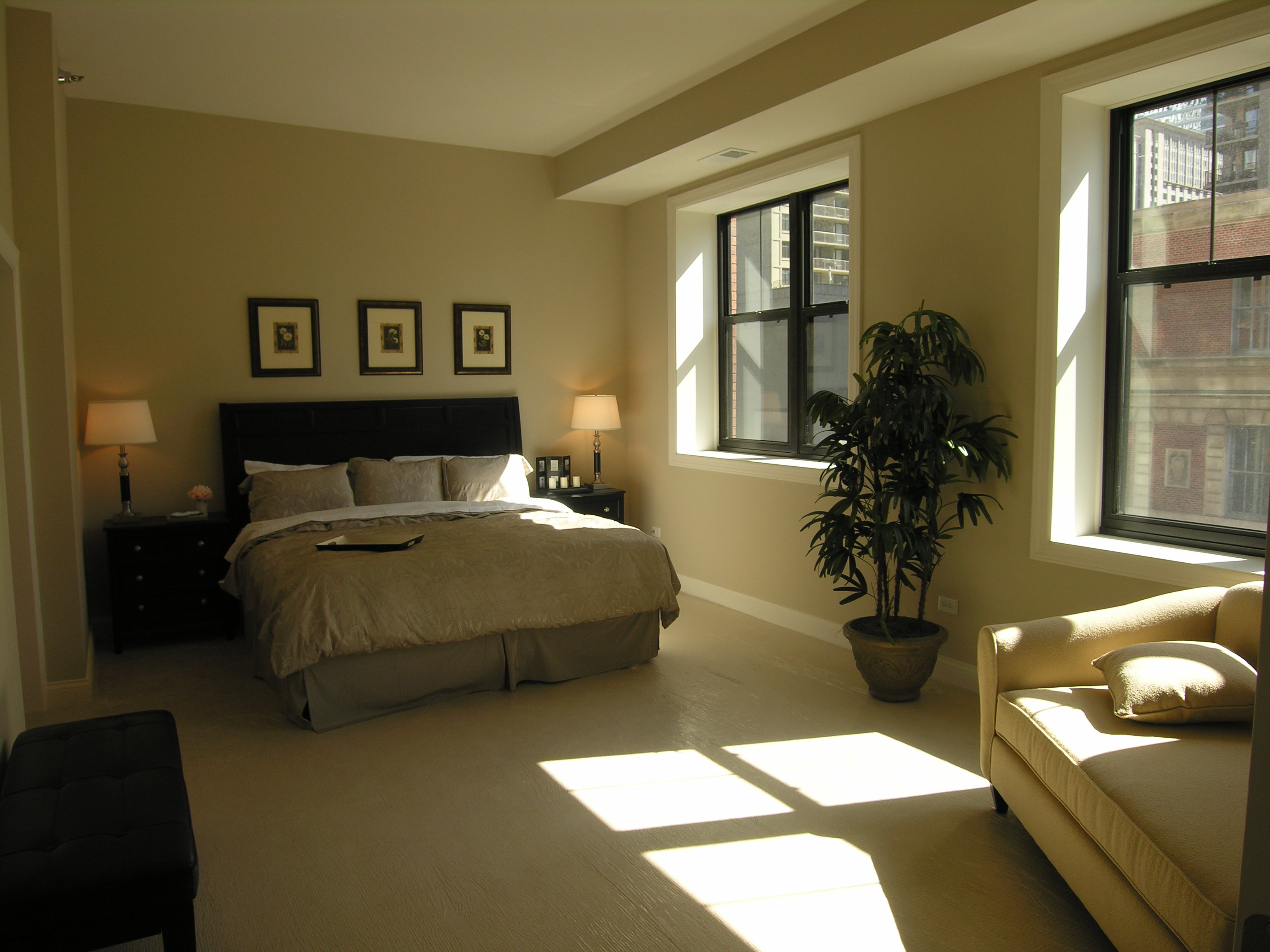 Both have 10- and 11-foot ceiling heights, north- and south-facing balconies, plank hardwood floors and carpeting, crown molding in the living and dining areas and dens, stainless-steel kitchen appliances, and Kohler and Grohe kitchen and bath fixtures. Deeded parking, which had once sold for $50,000 per space, is now packaged with the purchase of a unit.

The MLS also lists what appears to be one resale, a seventh-floor unit with 2,288 square feet listed by Jameson for $1.19 million. According to Cook County sales records, the home sold for $1.06 million in August 2007.