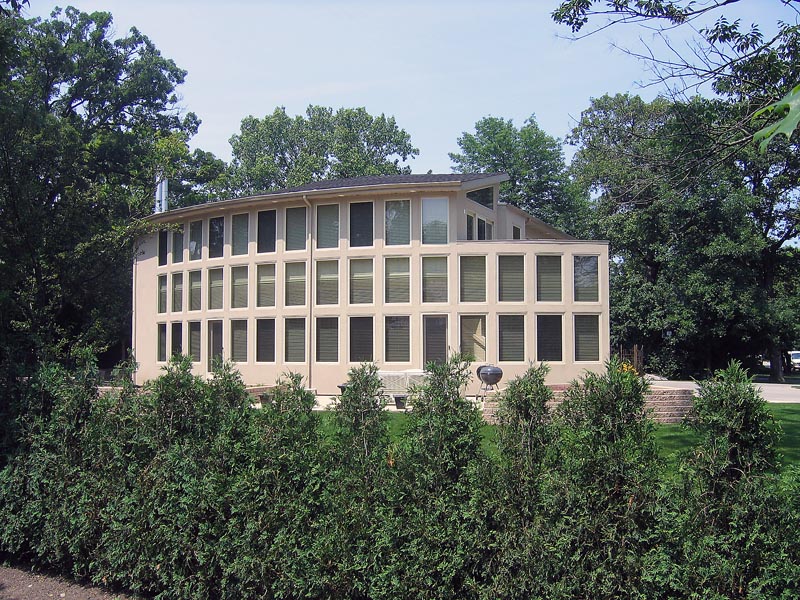 Here’s a trip for you. Make your way up to the north side of Highland Park, where it touches Highwood, and sit yourself down at Pancho Viti‘s for a margarita, some warm tortilla chips and house-made guacamole (keep your eyes peeled; you could see former Chicago Bulls star Toni Kukoc having dinner at the next table, as we did.)

You wouldn’t do yourself any harm by staying at Pancho Viti’s to eat dinner, but if you did you would miss the trip. So push away from the table, as difficult as you might find that after the pleasingly tangy shrimp seafood cocktail, and walk next door – 12 or 15 steps, tops. There, you’ll find yourself in a completely different world, one called Miramar, the Cuban-French bistro-bar-disco hotspot that serves delicious food and dangerously palatable mojitos.

So in this very succinct trip you get three countries (Mexico, Cuba, France), two cities (Highland Park and Highwood: you step over a crack in the sidewalk and you’re in a new town), two restaurants, and one restaurateur, Gabriel Viti.

The celebrated chef also owns and rides shotgun over Gabriel’s, a French fine dining restaurant perennially listed as one of the Chicago area’s best; and Gabe’s Backstage Lounge, a live music venue. They are all within two blocks of each other, woven among Highwood‘s older restaurants and bars – places like Pierantoni’s and the Wooden Nickel.

From blue-collar to upscale 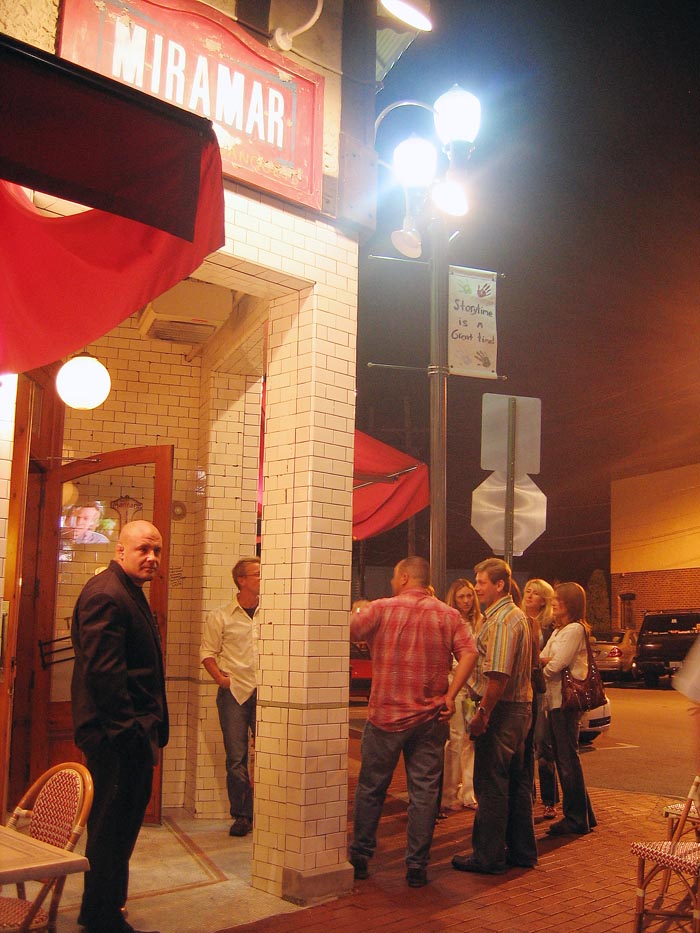 Chalk it up, at least in part, to the transformation of Fort Sheridan (decommissioned and converted to housing in the 1990s), just up the road, and the vision and commitment of Viti. Highwood has become a suburban destination.

Its big brother to the south, Highland Park, has been a North Shore destination for decades. With a thriving downtown and an active arts community (the 22nd Annual Port Clinton Art Festival sets up along Central Avenue from 10 a.m. to 6 p.m. on August 26 and 27), Highland Park is to the northern half of the North Shore as Evanston is to the southern half – a retail and entertainment magnet for residents of nearby communities.

Condominiums have had a presence in Highland Park for many years, and lately, some new rowhouses and “attached single-family homes” are popping up in the downtown area. These include Metropolitan Development’s Laurel Park, a cluster of 30 rowhomes four blocks south of downtown, and developer Joseph Wangler’s four 3,300-square-foot units – two buildings, each containing two homes with first-floor master suites – at 570-576 Vine Ave.

But the majority of this leafy lakefront suburb’s housing stock has always consisted of well appointed detached single-family homes with spacious yards. From classic Victorians to modern masterpieces designed by Frank Lloyd Wright, the town has never been short on architectural wonder. It is no slouch in the natural wonder category either, with its winding roads, dramatic ravines and majestic lake bluffs.

Highland Park is also an official “Tree City USA,” the highest honor awarded by the United States Department of Agriculture Forest Service and the National Association of State Foresters. 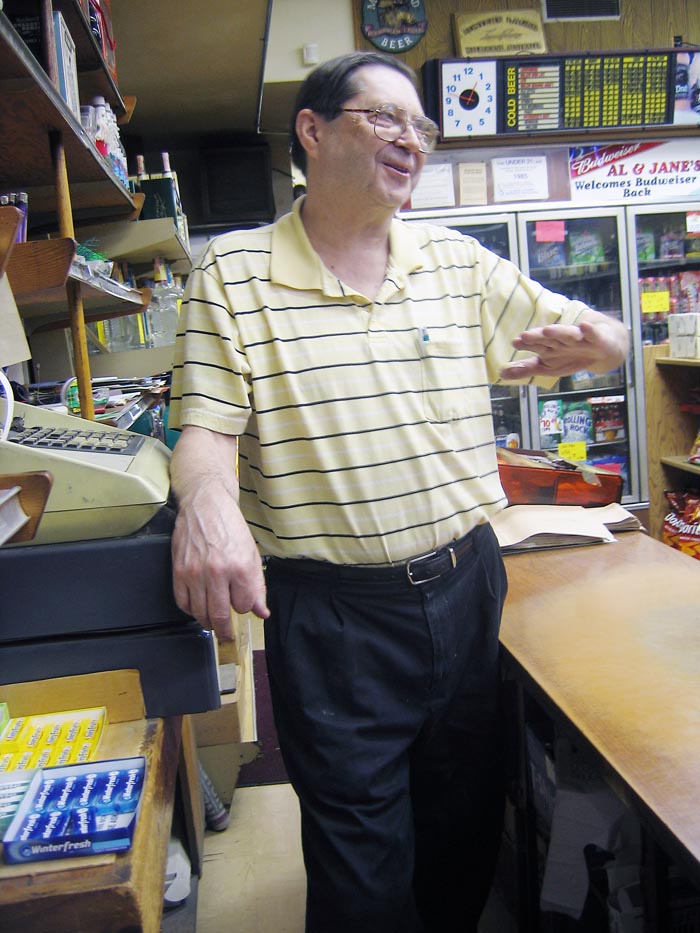 For obvious reasons, Highland Park is no stranger to the modern phenomenon of teardowns. Todd Golin, president of Danic Homes, recently sold a 6,500-square-foot house he built on a teardown lot on Park Avenue, one block from Lake Michigan, for $2.6 million.

“This project was successful because we started with the architecture,” Golin says. “The property had three 100-year-old oak trees on it, each 40 feet tall, and we did not want to disrupt that, so we designed and built around them, and now we have a view that you cannot buy. You can’t buy that for any amount of money.”

In an era in which home theaters are ubiquitous in upscale homes, the onus is on developers and spec builders to come up with something unique. In addition to the mature trees and a three-car garage that is hidden from the street, the five-bedroom, 6.5-bath Danic home also features heated Tuscan tiles on the kitchen floor. But the design and the unique lot are what make the project special, Golin says.

“Normally houses north of $2.5 million don’t sell until they are absolutely 100 percent finished and people can touch and feel what they are buying,” he says. “We sold this house right after the drywall was up.”

Golin, who also builds in the western suburbs, grew up in Highland Park, west of Route 41, where homes now sell for $2 million or more, which was unheard of even 10 years ago, he says. He knows the town well and is always on the lookout for new properties.

Today, as when Golin was growing up, Highland Park (population 31,365) is what people call a great place to live. It has all of the usual upscale suburban advantages for children, such as good schools, extensive park services, and exposure to the arts, but it also has something that most suburbs lack: a critical mass of shops and restaurants in a defined downtown. Bolstered in the late 1990s by the birth of Renaissance Place, a 210,000-square-foot retail, office and rental apartment complex anchored by a scaled-down Saks Fifth Avenue, downtown Highland Park is a vital place for commerce and general people-watching.

Parking was a concern when plans for the development were announced, but on a recent Friday afternoon, a perfect summer day, parking was not an issue anywhere downtown. There were open spots everywhere, most free for two hours. 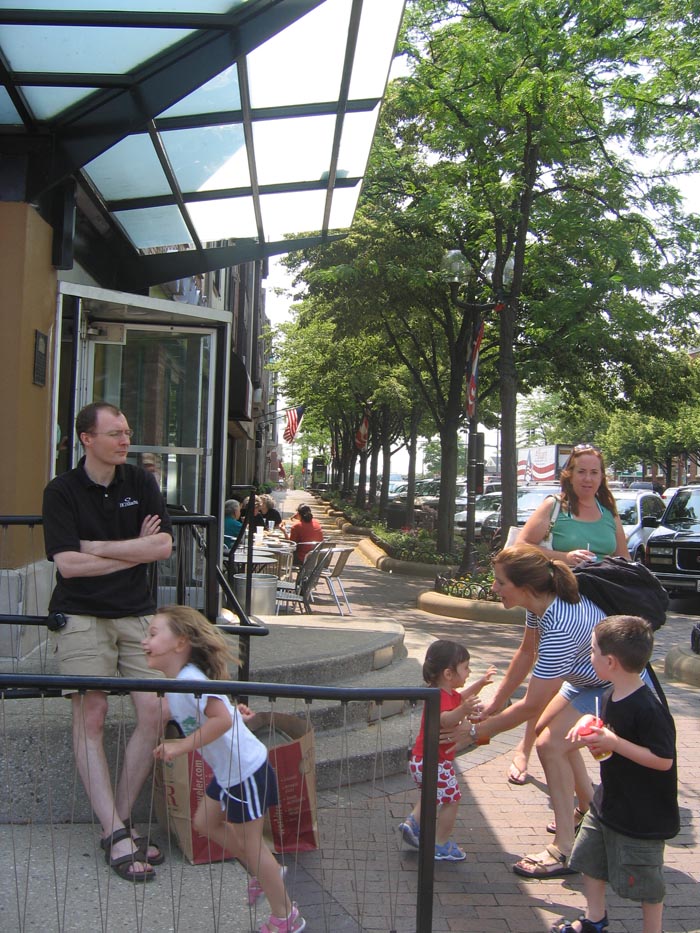 “I think the city of Highland Park has worked very hard to provide additional parking,” says Lynn Kosner, the managing broker at Baird & Warner in Highland Park and a resident for 25 years. “I raised my family here. There’s a wonderful sense of community even though we are like an expanded little city.”

When cities expand, they go through growing pains. It happened in Highland Park when Renaissance Place was in the works – the dissention, the growing pains – and it happened when teardowns started to pick up steam.

“Is it an issue, politically?” asks teardown developer Bernie Schmidt, of Schmidt and Associates Luxury Homes. “It used to be. It’s not much anymore. In 2001 or 2002, that was sort of the peak of the whole protest thing. People have gotten kind of resigned to it now. There are more people living in teardowns now, and it’s more of an assimilation thing. People realize it’s just inevitable.”

Schmidt’s latest project, a 7,175-square-foot home at 226 Ivy on the south side of Highland Park, near the lake, is listed at just under $2 million. If the $2 million figure seems to be getting thrown around a lot in reference to Highland Park homes, it’s by no means a cap. Consider, for example, that over the summer, a 17-acre property on the lakefront listed for $22 million.

That must be the kind of place that you’d never want to leave if you bought it. But some people have to work, and Highland Park is a commuter’s dream, boasting four Metra rail stations. Express service gets riders into the city in just over half an hour. Highland Park is in Lake County, 23 miles north of Chicago, stretching along five miles of Lake Michigan shoreline. Directly to the south are Glencoe and Northbrook. Deerfield and Bannockburn are to the west, and to the north is Lake Forest.

Dipping down into Highland Park from the north is the peninsula known as Highwood, once a bustling lunch and nightlife spot for the military personnel of Fort Sheridan, and now a bustling lunch and nightlife spot for civilian types out to have a good time. Speaking of good times, no story about Highland Park would be complete without a mention of Ravinia Festival, the storied open-air concert venue that also has 3,200 covered pavilion seats. At Lake-Cook and Green Bay roads (with its very own Metra stop), Ravinia is cherished by picnicking music lovers from all reaches of the Chicago metropolitan area.

Don’t worry, you haven’t missed the boat, er, train, because there are still some good shows left this year. In addition to a range of classical concerts, on August 7 cult favorite Christopher O’Riley plays his interpretations of Radiohead songs on piano; on Aug. 22 it’s Buddy Guy and The Robert Cray Band followed by Los Lobos on Aug. 24 and The B-52’s on Aug. 25.

Be sure and pack a proper picnic when you go. Better yet, have dinner early at one of Viti’s restaurants (or two, if you are up for that trip) and pack a basket of wine and desserts for the concert. With a head full of music, sweets and wine, you might be surprised at what you see in the stars above – yet another trip worth taking in Highland Park.

Newer Post
East meets West Ridge
Older Post
Another phase of condos, townhomes under construction at Jazz on the Boulevard