Last week we focused on Chicagoland Property Group (CPG), one of Craigslist’s most prolific ad spammers, and four of its agents who we dubbed the spam-family Walker.

At the time of this writing the spam-family Walker had 843 apartment ads active at Craigslist, and 492 of them contained the word “best.” We’ve spotlighted the best apartments in River North on 18 different criteria, so we decided to compare Collin Walker’s pick on one of them with ours. 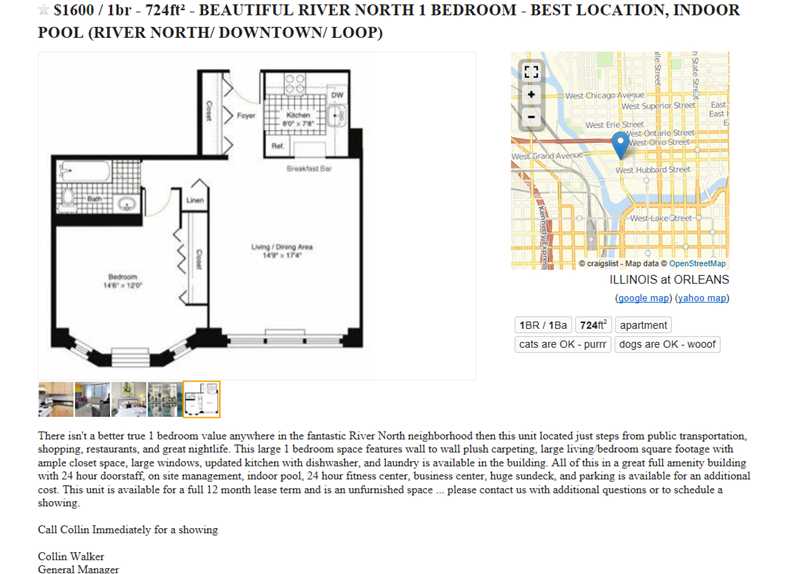 According to the oft-repeated Walker ad pictured above, “There isn’t a better true 1 bedroom value anywhere in the fantastic River North neighborhood then [sic] this unit …” The ad doesn’t disclose the property name or address – it’s River North Park, 320 W Illinois. 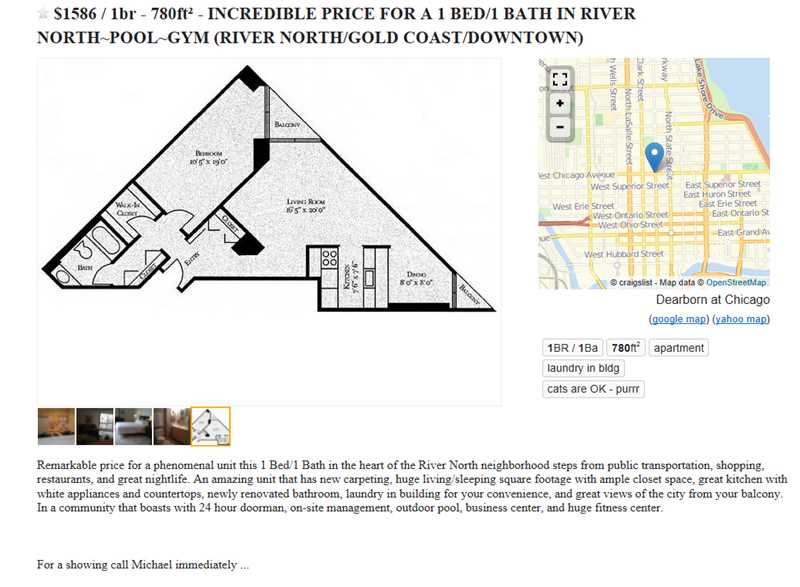 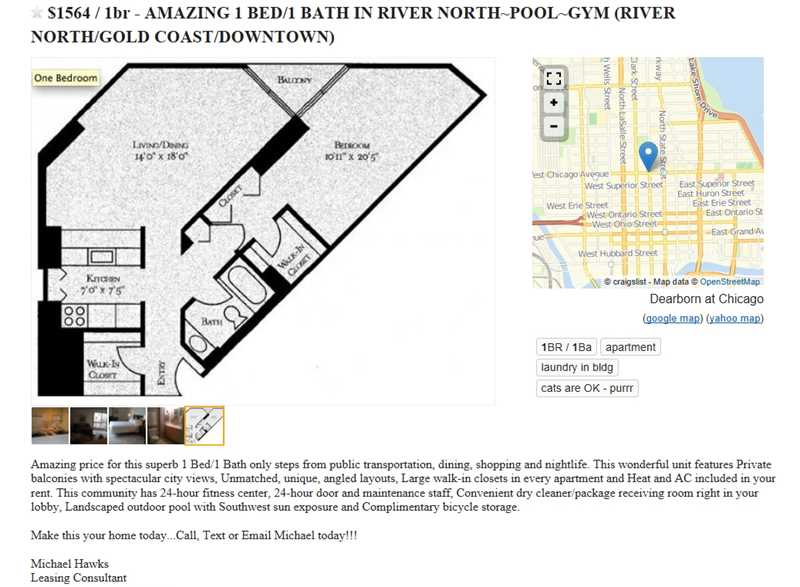 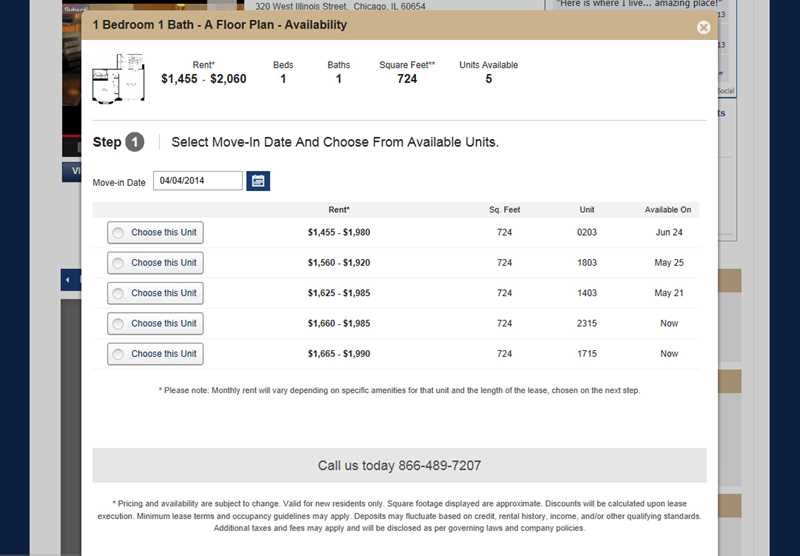 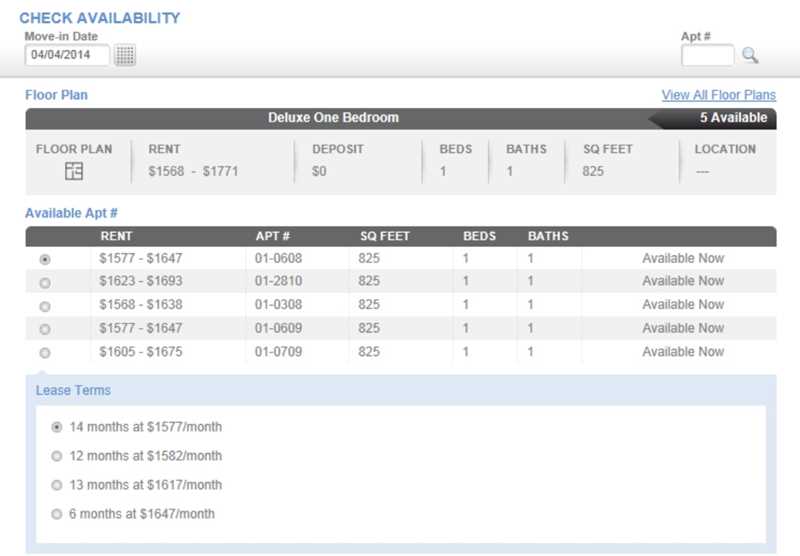 Both buildings have near real-time availability and pricing information online, and our reviews and lists link directly to that information. Walker’s ad stated the rent for the River North Park unit as $1,600. Two units were currently available, priced at $1,660 and $1,665 for a 12-month lease. Units available late in May and June ranged from $1,455 to $1,625. Five 825 square-foot one-bedrooms were available for immediate occupancy at Asbury Plaza, priced from $1,568 to $1,623.

Heat and air-conditioning are included in the rent at Asbury Plaza. They’re provided by through-the-wall units at River North Park and paid for by tenants.

To recap thus far: Asbury Plaza one-bedrooms offer a lot more space and a better layout at a lower rent. What has Walker seen that makes River North Park one-bedrooms the better value? 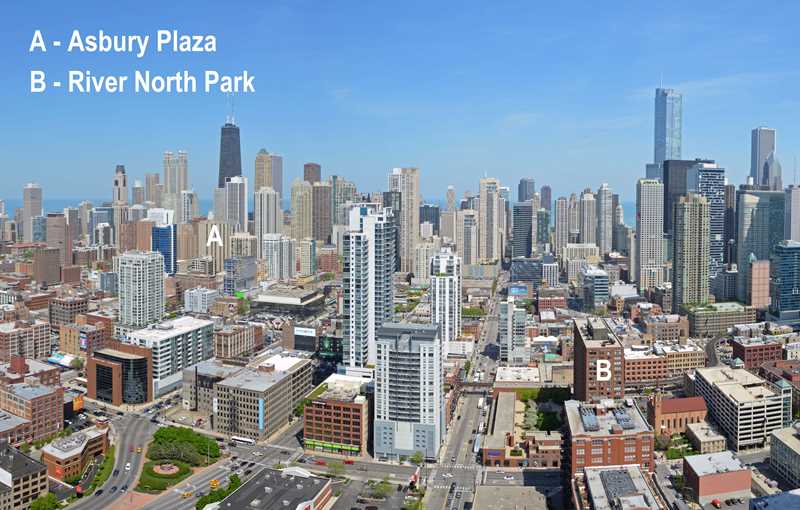 Walker’s ad says River North Park has the “best location.” We don’t think Walker is making that claim out of ignorance. We think it’s a lie. He has to be aware that Asbury Plaza has far superior access to shopping, dining, nightlife, parks, the lake, public transit and more. River North Park has better expressway access. It’s bordered by three busy streets and the El tracks.

Asbury Plaza is a block from Whole Foods, 4 blocks from Walmart Express, and has other grocery and convenience store outlets nearby. River North Park is a half-mile from the nearest full-service grocery store.

The common-area amenities packages are comparable in both buildings. Asbury Plaza’s pool is outdoors; River North Park’s is indoors. Both buildings are professionally managed and have 24/7 door staff.

People weigh a lot of considerations when deciding where to rent, including proximity to work. Some obviously decide that River North Park is their best option, and some opt for Asbury Plaza. 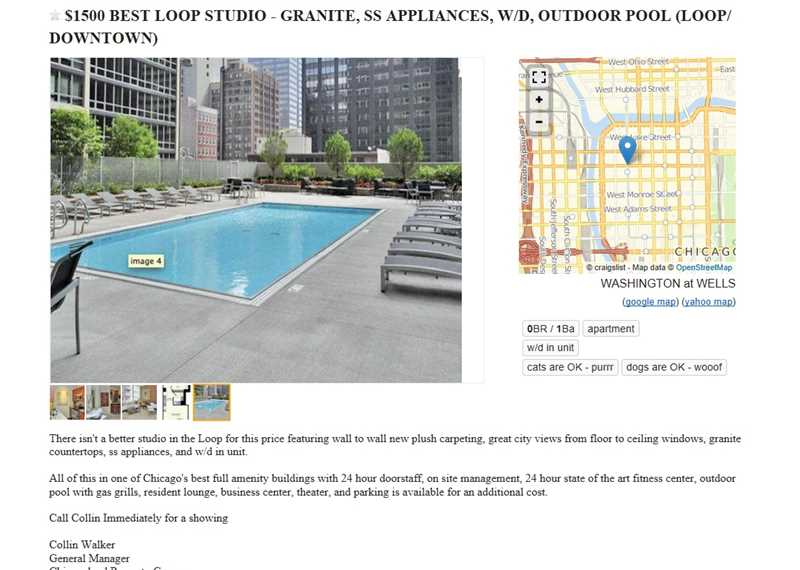 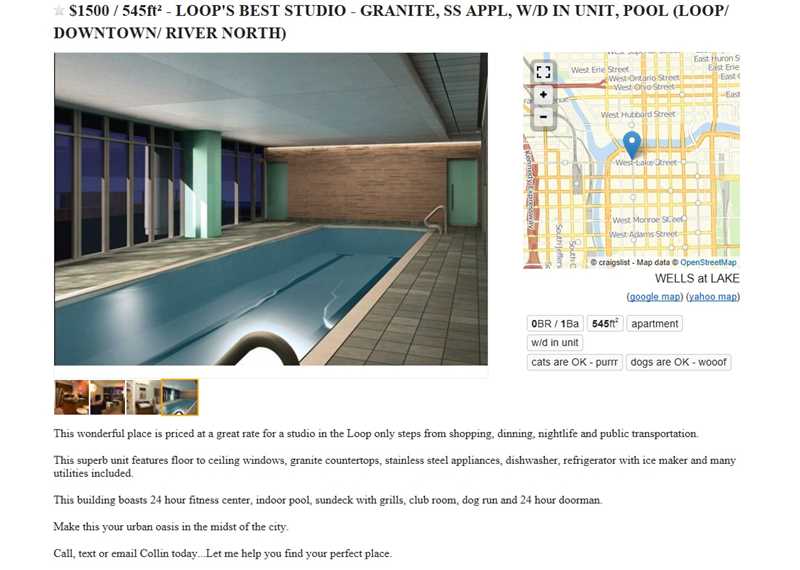 You might not think that two identically-priced Loop studios in different buildings can both be the best, but Walker can. The left ad, above, is for 215 West, 215 West Washington; the ad on the right is for 200 Squared, 210 N Wells.

The 215 West website states the square footage of the advertised floor plan as 525. Walker lists 545 square feet for the studio at 200 Squared. The 200 Squared website lists only 584 and 629 square foot studios.

We think people prefer to make their decisions on which properties to visit based on complete, accurate and up-to-date information rather than on stale BS in spammer-generated Craigslist ads. We make a conscientious effort to supply and connect you with that information. We think Collin Walker just makes stuff up and spews it onto Craigslist hoping you’ll contact him. We list and link to all of the properties in an area. Walker and CPG only advertise properties that pay a commission.

If you like what we do, tell someone you know who’s looking for an apartment to visit YoChicago.

Note: The Habitat Company manages Asbury Plaza. Kingsbury Plaza, which is also managed by Habitat, is one of our advertisers.