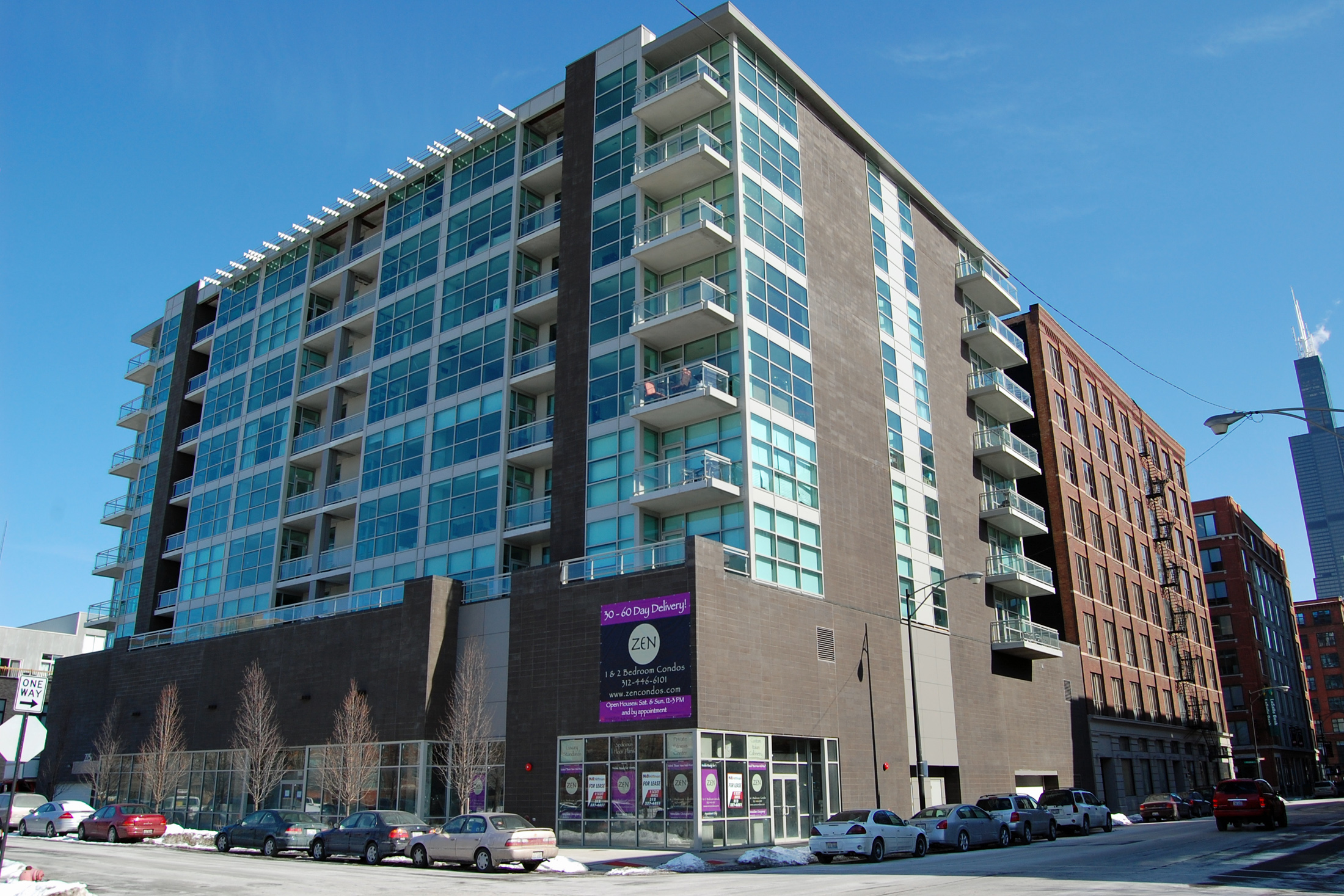 “Finally, the West Loop appears to have had enough of bland brick mid-rises all cut from the same cloth. Or maybe developers realized that if they wanted to sell units here, they’d better start setting themselves apart from the crowd.”

That’s what we said about Zen back in 2006, when we named the West Loop project Chicago’s best new mid-rise.

Since that time, several Yo readers have commented on the leisurely pace of construction at this 82-home development at 225 S Sangamon St. During my recent “Joe-walk” through the West Loop, I strolled past Zen to see how things were coming along.

As you can see above, the building is finally complete. It still has a way to go before it reaches sellout, however. Last April, Yo reported that approximately 80 percent of Zen’s one- and two-bedroom condominiums had sold. Yesterday, Rich DiVito of @properties said the building had reached the 85-percent mark. The 12 or so homes still on the market are priced from the $260s to $390s can be ready for delivery within 60 days.

In case you had forgotten what Zen looked like during the concept stages, take a gander at the picture below. How does it stack up to the finished product? 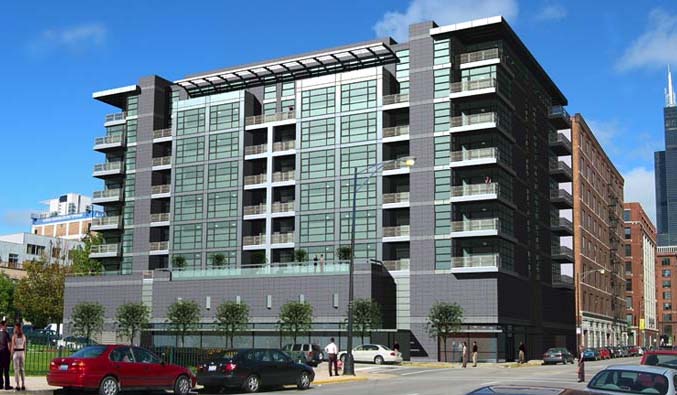