Can a quaint village retain its charm despite growth and inevitable teardowns?

These days, the old water tower in Northbrook is a clean slate, conspicuously devoid of the famous message it carried 20 years ago: “SAVE FERRIS.”

Can anyone tell me if the boy has been saved?

The truth is, he never really needed saving; he was faking it all along.

Legendary filmmaker John Hughes wrote the faux-sick Ferris Bueller into existence and took us along on his topsy-turvy journey through his hometown of “Shermer, Illinois” and its neighboring metropolis, Chicago, on one glorious day of high school hooky in 1986. Hughes faked it too. He turned his lens on the very real Northbrook and called it “Shermer,” a recurring setting for his movies.

One wonders if “Ferris Bueller’s Day Off” was autobiographical for Hughes, a 1968 graduate of Glenbrook North High School, at 2300 Shermer Road, in Northbrook, or if he drew on the experiences of classmates for the tale, as he likely did in his other coming-of-age high school sagas: “Sixteen Candles” and “The Breakfast Club.” Whether or not Hughes served detention (“The Breakfast Club”), was forgotten on his 16th birthday (“Sixteen Candles”), or skipped out on school (“Ferris Bueller’s Day Off”), he never lost sight of his hometown.

And Hughes didn’t have far to look for Northbrook’s nom de guerre. A little more than a century ago, the village actually was called Shermerville in honor of Frederick Shermer, an early landowner who donated property for Northbrook’s first train station. In 1923 village leaders changed the town’s name to Northbrook, dropping Shermerville because of anti-German sentiment in the wake of World War I. At least this is the popular take on the story; another is that the town had just rid itself of a string of brothels and was trying to make a fresh start with a fresh name.

Either way, Northbrook has been a nice place to live ever since. It is not quite the North Shore, but also somehow, not quite not the North Shore. There is an air of comfort here, even affluence in certain parts of town, but it all seems controlled and contained, never ostentatious. 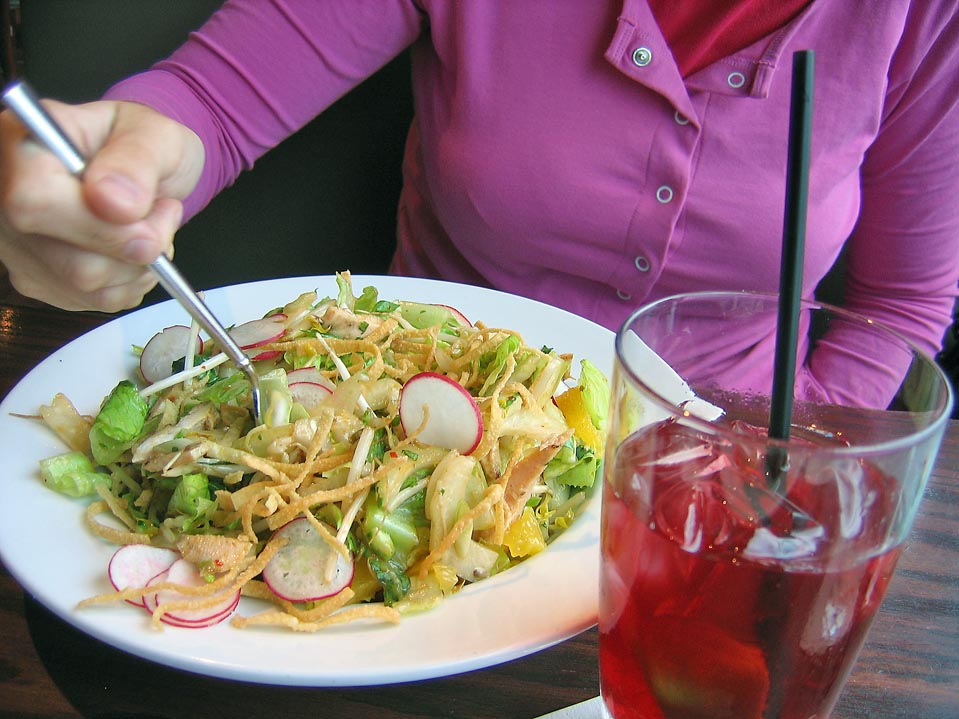 Running along the western side of the Edens Expressway – the psychological if not geographical edge of the North Shore – Northbrook is 23 miles northwest of Chicago. The suburb’s North Shore neighbor to the east is Glencoe. To the south are Northfield and Glencoe; to the west is a lush swath of forest preserve; and to the north is Deerfield and a smidgen of Highland Park west of the Edens.

Approximately 33,500 people live in Northbrook, and while racial diversity is not one of the town’s selling points (recent statistics indicate that 89 percent of its residents are white and 9 percent Asian), the village has maintained an economic diversity that honors its agrarian roots.

“I think, in general, it’s a great mix of people, from working class to white collar professionals,” says Celeste Barr, the Northbrook broker for Keller Williams Success Realty, and a Northbrook native. “I don’t feel that it is an exclusive area, even though I think the pricing has gone up a lot. I think that people feel like it’s an accessible community.” The popular, developed suburb doesn’t have much room for residential construction, so the market for new homes is dominated by individual houses. One significant exception is Northbrook Pointe, a development of luxury condominiums at 153 Pointe Drive, by developer D.R. Horton. The project has seven floor plans and units with 1,344 to 2,419 square feet priced from the low $340s to the high $590s.

Northbrook is a town of single-family homes, though, and for the most part, built to the edges.

The lack of available land for building makes a new project by developer Jeffrey Wong, of J&J Custom Builders, a rare find. Wong got lucky when he was able to purchase a large parcel of land on Techny Road, just west of Landwehr Road. There, he is developing eight custom homes on half-acre lots lining a cul de sac that will be accessed off Techny Road. He estimates that the luxury brick and stone custom homes, ranging from 4,000-plus to 7,000 square feet, will fetch between $1.7 million and $2.2 million. Currently in the “improvements” phase of development, the homes will be ready for delivery in “mid- to late ’07,” Wong says.

“It’s very rare to be able to find any kind of land like this, of this size, in Northbrook,” Wong says. “Mostly you only find a teardown house here and there, and that’s it. You don’t see a community like this very often.”

Wong estimates that on some blocks in Northbrook, 80 percent of the homes are teardowns, a phenomenon common in many north and northwest suburbs. The trend is perhaps even more pronounced in Northbrook than in some other suburbs because of the community’s exceptional schools, proximity to the city and desirable Cook County tax rate. And let’s not forget that it is just simply a nice place to live, with a great parks system, an impressive library, a quaint downtown and – not to be left out – several genuinely good places to eat.

Starting from the top, there is Prairie Grass Café, 601 Skokie Blvd., the newish lunch, brunch and dinner spot. It’s owned and operated by celebrated chefs Sarah Stegner and George Bumbaris, both formerly of The Dining Room at the Ritz-Carlton in Chicago. On a recent Tuesday afternoon the refined but casual room was mostly full, with an attentive wait staff keeping the lunch crowd happy, delivering simple yet appetizing versions of pulled pork sandwiches with coleslaw, Asian chicken salad and cool glasses of iced tea – an elegant dram of sugar water on the side for subtle sweetening – among other delicious-looking choices.

Northbrook is also home to Charlie Beinlich’s, 290 Skokie Blvd., a woodsy tavern that turns out some of the best cheeseburgers in Chicagoland. Another old standby, Max & Benny’s Restaurant & Deli, 461 Waukegan Road, in Brookside Plaza, serves up authentic Jewish deli fare that’s worth the calories.

And the new kid on the block, Morton’s, The Steakhouse, 699 Skokie Blvd., an outpost of the famous Chicago restaurant, is scheduled to open Sept. 8. The new steakhouse will accommodate 125 diners in the main dining room and another 50 in a private room dubbed “The Boardroom.” The Northbrook location will carry on the tradition of Morton’s “show-and-tell” presentation and tableside preparation.

For those who like to dine in, a stop at Knightsbridge Wine Shoppe, 824 Sunset Ridge Road, is essential. Besides having one of the area’s most exclusive retail collections of Bordeaux and Burgundy, the elegant store also boasts a European-style specialty foods section. 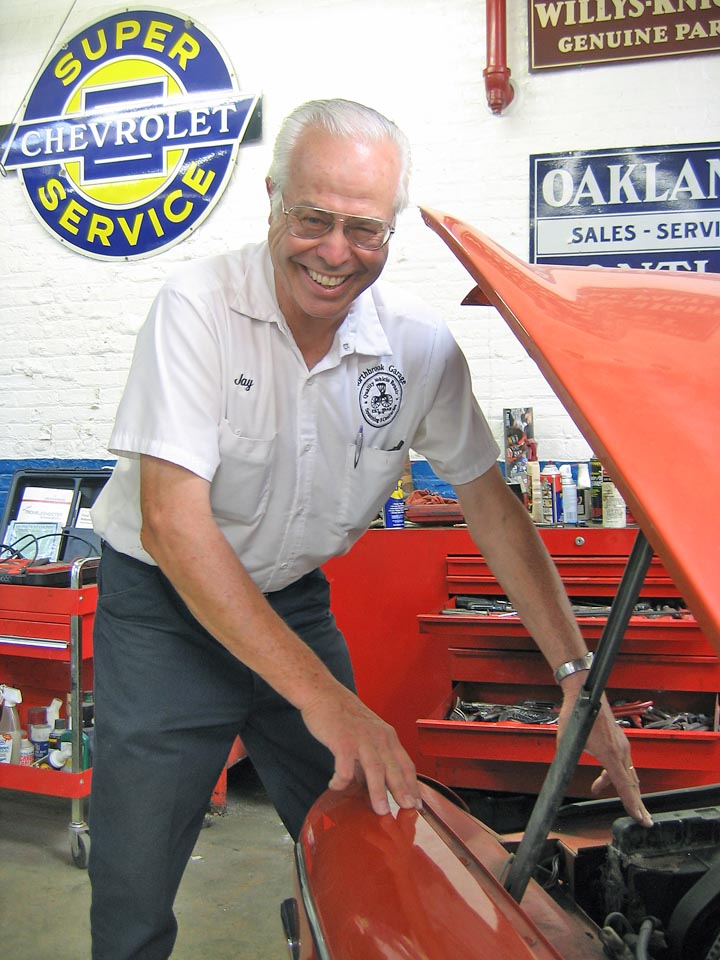 The elegant options on the east side of town are great, but people who have a close relationship with Northbrook think of it as quiet, friendly and charming – a great place for young families. Barr, the Keller Williams broker, remembers growing up in Northbrook in the late 1960s and 1970s in a neighborhood teeming with kids her age, friendly families all around and block party after block party during summers. Despite some retail and housing growth, the town has pretty much retained its character, she says.

“I think it is still just a larger version of what it used to be,” she says. “I think they’ve done a great job trying to keep the downtown area as charming as it was.”

The village pulled off that feat by offering dollar-for-dollar matching funding to any downtown merchant willing to spruce up his or her place of business. Jay Lorenz, owner of Northbrook Garage, passed on the offer because his building was in pretty good shape at the time, and still is. That is saying something, considering the front section of his shop was built in 1843 by his great-great-grandfather, a wheelwright from Germany. One hundred and sixty-three years later, the shop fixes automobiles, not horse-drawn wagons, but it has been in the family all the while, smack dab on the main corner of downtown Northbrook, at Shermer and Meadow (a road that didn’t even exist until 1958).

“As far as we know, we’re the oldest garage in the United States,” Lorenz says, taking a break from paying the bills one day in August.

A longtime resident of Northfield, Lorenz says that had business arrangements been different, he might have bought a home of his own in Northbrook. As a young businessman recently married, Lorenz and his wife bought a home in Northfield so he could be halfway between the Northbrook garage and its sister garage in Wilmette, which has since closed.

“I was doing night-towing for both garages, and I never knew where I might end up on any given night,” he says. “So I wanted to be in the middle, and that’s how we ended up in Northfield.” Simple as that. One thing leads to another, and next thing you know, you’ve lived in Northfield most of your adult life.

Lorenz, like Barr, grew up in Northbrook and also has fine memories of it. While he can no longer vouch for living there, he enjoys doing business in the town.

Hughes might not agree – word is that he lives somewhere up in Wisconsin these days – and that is his prerogative. To be fair there is as much indictment of “Shermer” in his movies as there is celebration. But as long as copies of his movies linger, the tagline from Sixteen Candles will ring true: “It’s the time of your life that may last a lifetime.”

Barr knows all about that, still riding the good vibes from her happy days as a child of Northbrook.

“I can’t say enough about it,” she says. “A girlfriend of mine moved to Connecticut when she was 10 and she thought it was going to be the same kind of place, and it just wasn’t. We expect that this is what all towns are like, but they’re not. I think we underestimate how lucky we are sometimes.”

In early August, the mail order movie rental service NetFlix sponsored an outdoor screening of “Ferris Bueller’s Day Off” under the old water tower. It would have been nice had someone climbed up there and scrawled out the “SAVE FERRIS” exhortation for old time’s sake.

Then again, seeing it on screen and actually looking up at the real thing was probably surreal enough for people. It was a movie after all, and what are movies about if not making the unreal real?

Save Ferris, indeed, and everything else in Shermer.