Over the years I’ve traveled down nearly every block in the City of Chicago, and stopped on many of them to chat with residents, take pictures of homes and businesses, and shoot video of homes, local attractions and events.

As I scan the daily “x dead, y wounded” headlines in the Tribune, I can usually recall having been at the locations where the shootings took place.

Today’s Tribune reports that “eight people were shot — one fatally — in a drive-by shooting in which two men fired on a group of people at a home” in the 2800 block of West Flournoy. It’s a much-touted neighborhood in which I’ve spent quite a few hours over the years. 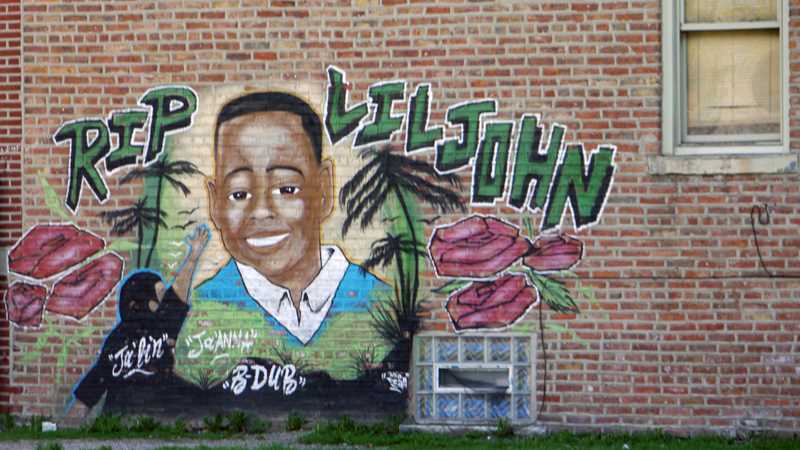 Did the shooters pause at the corner of California and Flournoy, as I did a year ago in March, to contemplate the mural memorializing a young victim of the neighborhood’s pervasive violence? Was it visible as they were firing?

According to the Trib article, a community activist and a man she was speaking to “ran in front of a nearby church to shield themselves” from the gunfire. Was it the church across the street from the open-air drug market pictured at 1:28 in the above video? It was just one of several corner markets I observed in the immediate area.

The shootings occurred in a part of the East Garfield Park community area south of the Eisenhower Expressway that is more commonly referred to as Lawndale today. It’s a neighborhood that has seen plummeting real estate values during the past half dozen years.