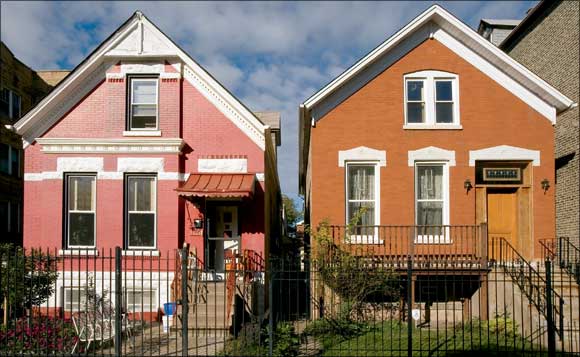 This week’s Time Out Chicago cover story, “Search & rescue,” rounds up six Chicago buildings that the magazine says need to be saved from the wrecking ball. The buildings selected by sometime Yo contributor Phil Berger were not designed by famous architects, may not be considered notable by most and do not currently have landmark status. Click on “More” to peruse the list and then click on “Comments” to give us your take. Did Time Out choose the right buildings? If you had to add a little-known endangered Chicago building to the list, which one would it be?

Acme Coke Plant, 11376 S Torrence Ave: This South Side steel factory has been empty since 2001. The building was sold to a salvage company, but the Southeast Chicago Historical Society saved the building from demolition in 2004 by creating a project that would establish a steel museum in the factory. However, since the area’s land-use plan says that site can only be used for industrial purposes, Ald. John Pope (10th) wasn’t having it. TOC contends that typical solutions, such as the condo conversions we all know and love, will not work at this site.

Meigs Field Terminal, 1400 S Linn White Dr: This former airport terminal is currently occupied by the Chicago Park District and a bird hospital and is actually in little danger of being demolished. Michele Jones, CPD associated director of communications, told TOC that “the Park District has every intention of integrating the building into whatever shape Northerly Island takes.”

Old Chicago Defender Building, 2400 S Michigan Ave: Oh Motor Row. How interesting that an area of town once known for its high concentration of car dealerships would now be considered a Landmark District. This building is currently on the market with an asking price of $3.5 million, and you can bet your mortgage that it will eventually become condos. Philip Gibby, the agent who’s handling the building, told TOC that the condo converters he’s talked with so far want to hang those hideous balconies, so no sale so far.

Veseman Building, 444 N LaSalle St: This tiny, pastel terra-cotta building is also on the market with an asking price of $1.85 million. It sits between two parking lots, so the obvious choice may be to demolish this sucker, too, but the Commission on Chicago Landmarks is researching the property to potentially designate it as a landmark. TOC calls the threat level to this building “moderate.”

Cook County Hospital, 1901 W Harrison St: Preservation aficionados should be all-too-familiar with the controversy surrounding this building. Landmarks Illinois has been trying since 2003 to convince the Cook County Board to convert the building into a facility that would include residential and retail spaces in addition to a wellness center, but the County Board still wants to demolish the sucker. Right now it is in extreme danger of being torn down, but as TOC notes, the County Board elections in November could change everything.

Workers’ cottages: 1440-42 N Washtenaw Ave: We hesitated to even mention these buildings, given the heated debates we’ve had surrounding similar properties in Lincoln Park. Much like the 1800-1900 block of Burling Street, home of the so-called McMansion, these workers’ cottages in Humboldt Park are in danger of being demolished to make room for giant structures that take up multiple lots. TOC suggests contacting alderman Billy Ocasio to suggest making this corner a Landmark District if you support the preservation of these houses. And if you don’t, we’re sure you’ll be leaving nasty comments about it below.