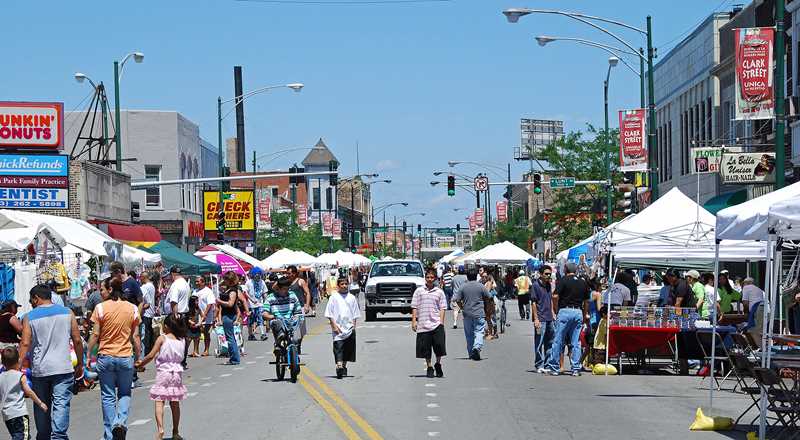 Rogers Parkers lean heavily on the diversity meme when they describe their community to outsiders. At RogersPark.com, for example, the About page touts “Chicago’s most diverse neighborhood.”

I’ve seen the Rogers Park diversity meme repeated countless times over the years, most recently in a post at the Loyola Student Dispatch that was based on a Sun-Times article analyzing American Community Survey data. Here’s how the Student Dispatch reported it, opposite a map of Rogers Park:

The most diverse Census tract in the six-county Chicago area is in Rogers Park, north of Devon Avenue between Ridge Boulevard and Damen Avenue. The tract is 29 percent Asian, 24 percent Hispanic, 23 percent white and 16 percent black, the Sun-Times reports.

The first problem with the Student Dispatch report is that the Census tract in question, 205, is bounded on the west by Western Ave (2400 W), not by Damen Ave (2000 W). The larger problem is that it’s not in Rogers Park, which could have been easily determined from a look at the map included in the post. Census tract 205 is in West Ridge, which is often referred to as West Rogers Park.

The Sun-Times article treats “diversity” as the relative mix of Asians, Blacks, Hispanics and Whites. That’s a legitimate way to frame the issue, but not the only possible frame.

Another approach would be looking at the percentage of the population in an area that’s foreign-born. By this measure, West Ridge Census tract is also diverse, with 55% of its population born outside the United States – a higher percentage than any of the Census tracts in Rogers Park, and more than double most of them. You can easily see this data at the New York Times’ fascinating Mapping America feature.

If living among a diverse population is your goal, and the foreign-born percentage is your preferred diversity index, you might want to bypass the natives in Rogers Park and head for Skokie’s Census tract 8076 where 52% of your neighbors were born outside the United States.