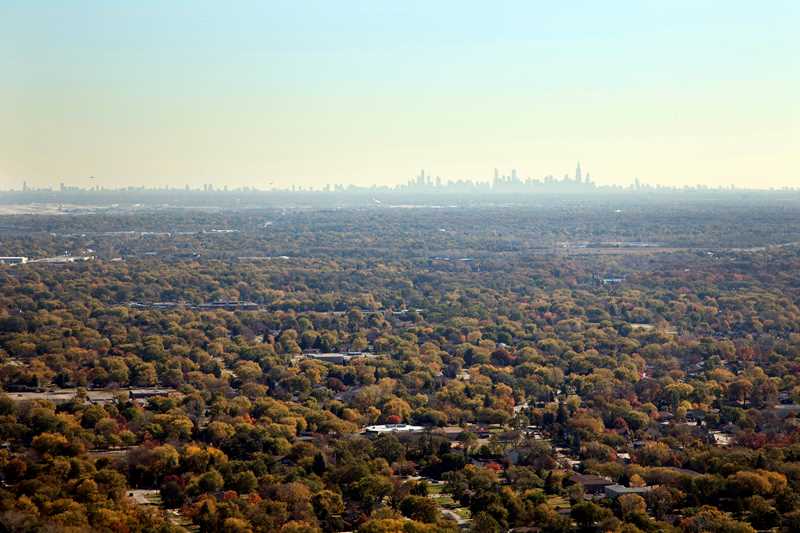 September traditionally marks the beginning of the fall season when home sales begin their retreat from summer highs. This September, however, delivered the most promising results that the seven-county metropolitan Chicago real estate market has seen in several years, according to an analysis by RE/MAX. Sales of detached and attached homes in September totaled 7,396 units, an increase of 22 percent from September 2011 and the most homes sold in any September since 2006.

The average number of days that homes sold in September were on the market before a sales contract was signed declined from 167 days a year ago to 139 days this September. That 139-day average was identical to the market time recorded in August and is the shortest market time for the metro area in any month since December 2007.

For the third consecutive month, the percentage of sales involving distressed properties (foreclosed homes and short sales) climbed in September. Distressed sales accounted for 40.6 percent of all sales, up from 37.5 percent in August and 40 percent in September, 2011.

“We continue to see good news in the Chicagoland housing market,” said Laura Ortoleva, media spokesperson for the RE/MAX Northern Illinois real estate network. “Sales are up, average days on the market continue to drop and home prices are stabilizing. These are trends everyone likes to see.”

Ortoleva also noted that the active inventory of homes for sale in the seven-county Chicago metro market plus DeKalb and Grundy counties continues to shrink. Total residential inventory fell nearly 3 percent last month to slightly more than 46,000 units and is down 21 percent over the last 12 months.

Each of the seven counties and the city experienced a shorter average market time for homes sold in September when compared with the same month last year. The sharpest reductions in market time were in Kendall and Lake counties, where average market time fell 39 days and 38 days, respectively. Elsewhere, the reduction was 29 days in Cook County, 32 days in DuPage County and Chicago, 28 days in Kane County, 21 days in McHenry County, and 9 days in Will County.

The RE/MAX analysis is based on transaction date compiled by Midwest Real Estate Data, LLC, the regional multiple listing service.

Detached Homes
Sales of detached homes totaled 4,601 units in the seven-county area during September, 17 percent more than a year earlier but 22 percent less than in August of this year. Average market time for those properties was 137 days, compared to 158 days last year.

All seven counties and Chicago recorded higher detached-home sales in September compared to the same month last year. Kendall County had the largest increase at 42 percent. Kane County had the next largest increase at 24 percent. Increases in the other counties were as follows: Cook up 17 percent, Will up 16 percent, Lake and McHenry up 15 percent and DuPage up 10 percent. Sales of detached homes in Chicago rose 10 percent.

The median sales price for detached homes in September was $180,000, 3 percent higher than in September of last year. It rose in six of the seven counties, Cook County being the exception. Lake County led with a 14 percent increase, followed by McHenry County at 6 percent, DuPage County at 5 percent, Kane County at 4 percent and Will and Kendall counties at 3 percent. The median price in Cook County fell 2 percent, reflecting a 9 percent decline in Chicago.

Attached Homes
Sales of attached homes continued to rebound in September, with 2,795 units changing hands in the metro area, a 32 percent increase over the prior September. Average market time fell to 141 days, down from 184 days a year earlier.

September was the third consecutive month in which all seven counties in the metro area along with the City of Chicago recorded increases in attached sales when measured against sales in the same months of 2011. The county results were: Cook up 31 percent, DuPage up 20 percent, Kane up 40 percent, Kendall up 54 percent, Lake up 50 percent, McHenry up 46 percent and Will up 28 percent.

In Chicago, where 41 percent of all attached sales took place in September, transaction volume rose 30 percent to 1,146 units.

The median price of attached homes sold in the metro area during September was $130,500, 2.6 percent lower than the median of $134,000 recorded a year earlier.