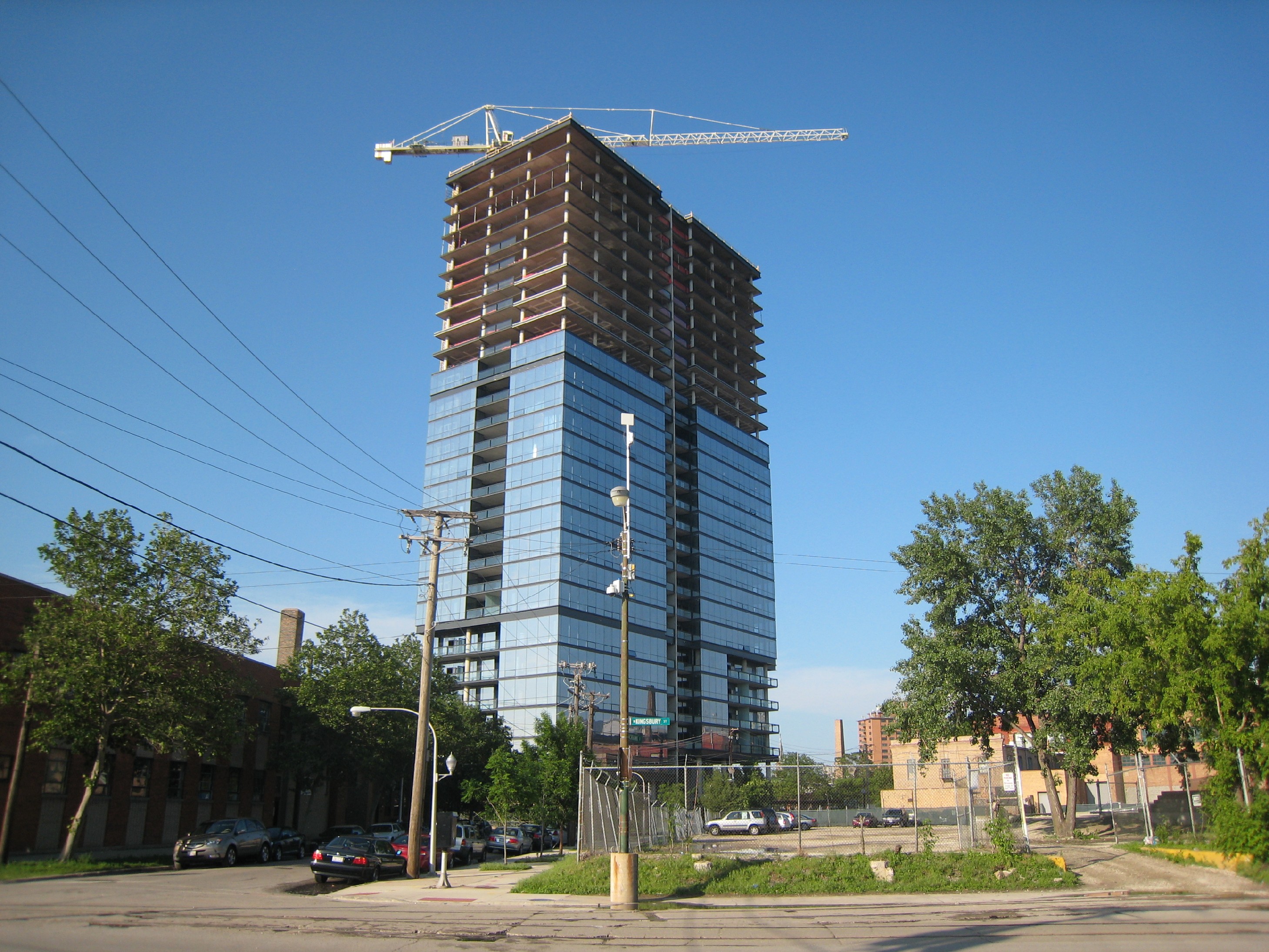 Does this tower look lonesome? Maybe just a little. Sometime next year it should have a twin, but for now it’s a solitary giant.

I spoke to an agent from the SoNo sales center today who told me that this west tower is about 60 percent sold, and that about 90 units are still available. However, if the Smithfield Web site is right in saying that each tower will have approximately 275 units, one of those numbers must be a bit off, because 90 is not 40 percent of 275. (These are only estimates though, I know.)

The 27-story tower isn’t yet topped out, but it looks like it’s pretty close. (There’s a sign on the other side that says, “SoNo SooN.”) I don’t have an official count, but I count 25 floors in this photo.