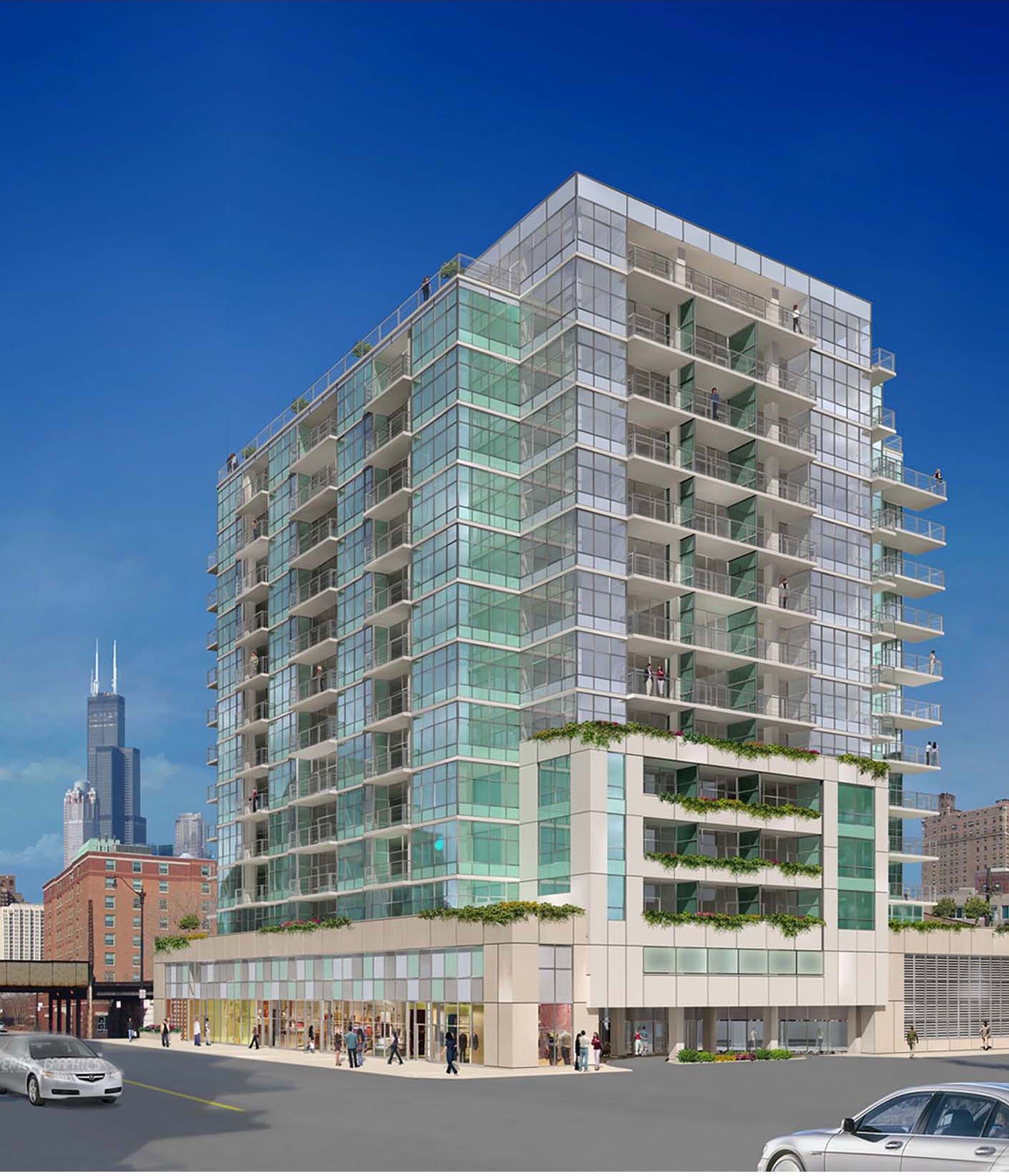 With its own blog and Facebook profile, and a handful of appearances on cable networks to boot, could it be that 1555 Wabash is the hottest thing going in the South Loop? In the October issue of New Homes, Dan Schuyler takes a look at New West Realty‘s new 14-story high-rise, under construction at 1555 S Wabash Ave in the South Loop.

“There’s no question that things have been busy around here,” says Terrie Whittaker, president of sales and marketing for New West Realty. “We recently celebrated the topping off of the building just in time to show off the building to a pool of potential buyers from overseas. Meanwhile, we’re squeezing in a commercial shoot for cable TV, and the building is starring in an episode of the ‘Project Xtreme’ series on the DIY Network.”

In September, 1555 Wabash was over 70 percent sold, with first deliveries scheduled for November or December. Interest in the building continues to be strong despite negative economic signals, Whittaker says.

“It’s easy to understand when you have gorgeous views that blow you away, even on the lower floors,” she says. “But let’s face it, price point is always the driving force, and the efficient use of interior space plus New West’s pricing structure makes this building the top choice when it comes to square-foot price.”

Read the entire sponsored article now, or pick up a copy of New Homes at these locations after Sept. 25.