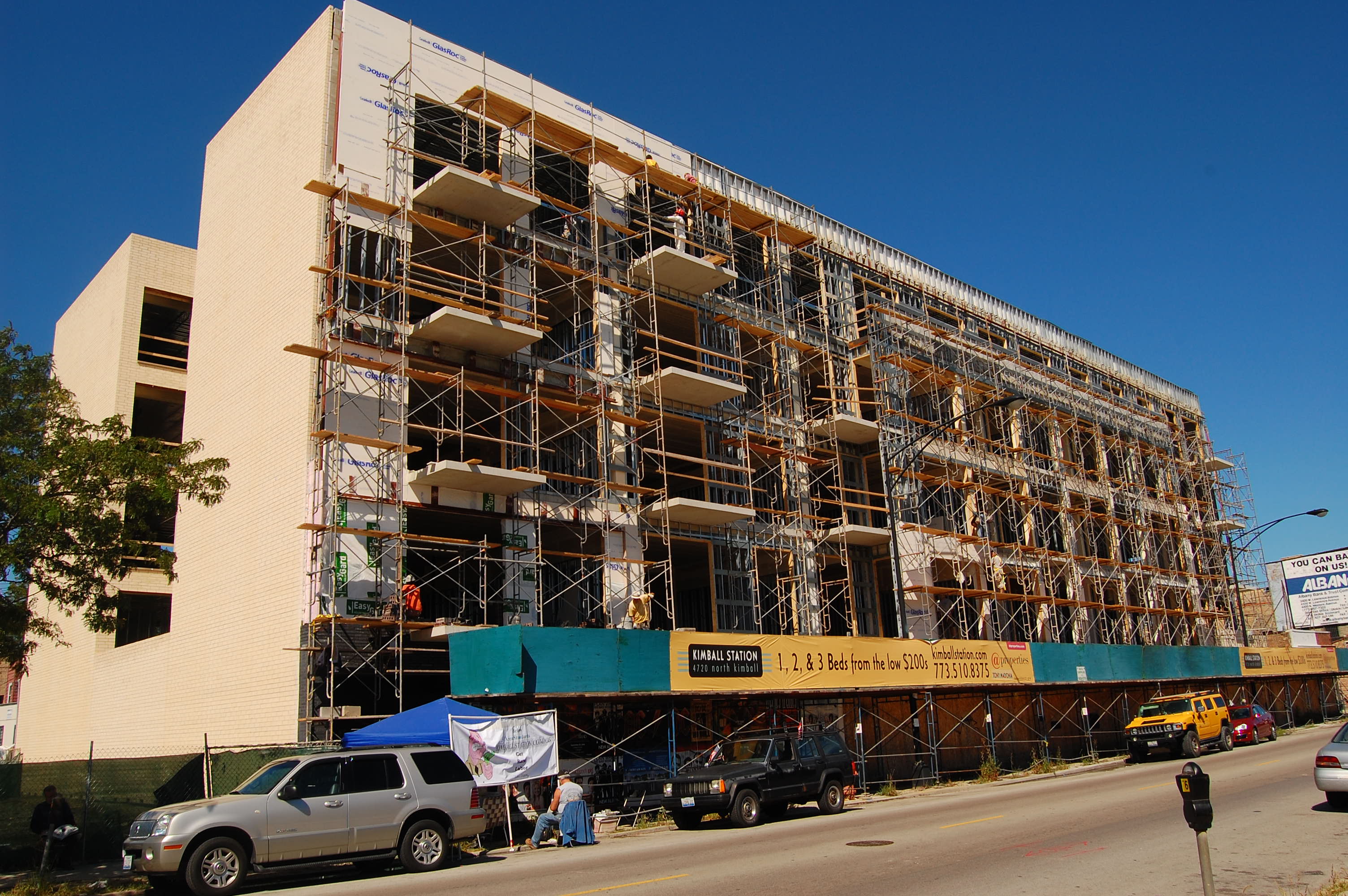 Although it looks pretty close to completion in this one-month-old photo, Tony Madonia of @properties says that construction won’t be completed on Kimball Station until March or April of 2009. Madonia hopes to open a furnished model in the building, located at 4720 N Kimball Ave in Albany Park, by the end of the year.

Madonia says Kimball Station is one of the more contemporary buildings in Albany Park, and he particularly likes the quartz countertops in the kitchens and porcelain bathroom tiles. The building is located across the street from the Brown Line’s Kimball Station, the last station on that line, and as Andy Anderson wrote last year, living near the Kimball Station would almost guarantee you a seat for the morning commute.

Newer Post
Kardas of the day: Tracking Elysian's progress
Older Post
R+D659 the latest building to get a touch of red