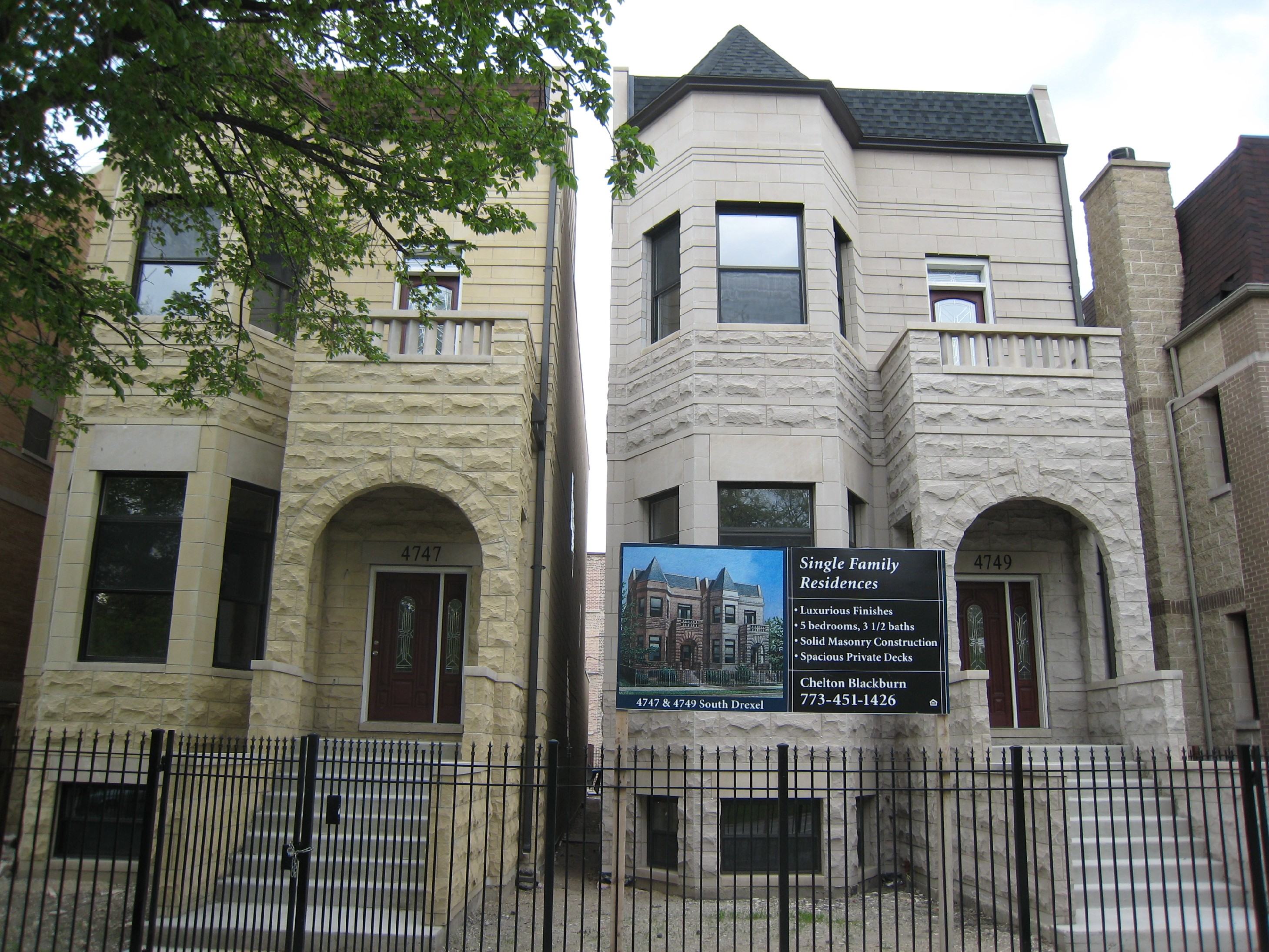 During a recent swing through Kenwood, I noticed these two new single-family homes at 4747 and 4749 S Drexel Blvd.

A contract was signed for the house on the right, but the one on the left, 4747 South Drexel, is still available, and it’s listed at $1.15 million, according to Chelton Blackburn of Coldwell Banker Residential Brokerage.

Blackburn says upgrade packages on appliances and flooring are now standard and will be included for free, including a Pro Series appliance package valued at more than $10,000. An elevator, which was originally offered as an optional upgrade, will also be included with the listing price. Blackburn says the elevator is large enough to fit two wheelchairs.

The five-bedroom, 4,400 square-foot home also comes with an attached two-car garage and a parking pad that can accommodate two more vehicles, and Blackburn says there will be a deck on top of the garage.

The house is still under construction, but Blackburn says it should be completed within six to eight weeks.